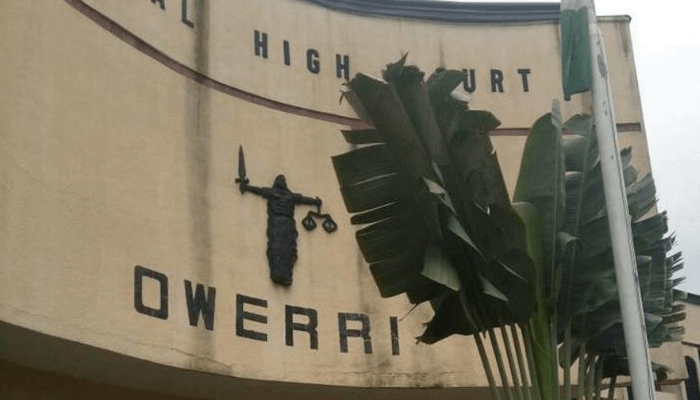 An Imo State High Court, in Owerri, has voided the impeachment of Jude Agbaso as deputy governor of Imo state. Agbaso, who was deputy to Rochas Okorocha, former Imo State governor, was impeached by the state House of Assembly on March 28, 2013, over allegations that he collected N458m and Red Label scotch whiskey as […] Read Full Story

Impeachment prosecutors are expected to wrap up their case against ex-president Donald Trump in the US Senate Thursday, backed by chilling footage that showed senior politicians fleeing for their lives during last month’s assault on Congress. The Democratic impeachment managers will argue for a second day that the riot was deliberately incited by the former […] Read Full Story

United States (US) Democratic lawmakers prosecuting Donald Trump are set to detail their case against him Wednesday, in a longshot bid to convince sceptical Republican senators they should impeach the former president. Trump’s second impeachment trial opened Tuesday with Democrats showing harrowing video footage of his supporters’ January 6 assault on the US Capitol, where
Read More

The post US Democrats set to detail impeachment case against Trump appeared first on Vanguard News.

United State (US) former president, Donald Trump’s second impeachment trial began Tuesday with harrowing video footage of his supporters’ assault on Congress, but Republican senators made clear how difficult it will be to win a conviction. Senators voted 56-44 in favour of the constitutionality of the historic trial, rejecting a bid by Trump’s lawyers to
Read More

The US Senate voted on Tuesday to proceed with the impeachment trial of former president Donald Trump, rejecting defense arguments that it was unconstitutional. Defense lawyers had argued that Trump should not face a trial in the Senate for inciting insurrection because he was no longer president. But the Senate voted 56-44 to proceed … END_OF_DOCUMENT_TOKEN_TO_BE_REPLACED Read Full Story

Former US President Donald Trump announced Sunday he had picked two lawyers to head his defense team days before his historic second impeachment trial, as Republicans braced for a battle over the future of their party. Trump’s Senate trial is due to start on February 9, but he had reportedly parted ways with several members […] Read Full Story