A Nigerian man graduates with only one leg after he lost his other leg from a stray bullet during the massive ENDSARS protest in Nigeria. Recall that Nigeria was on total shut down with most road blocked after the youth of the country which included some celebrities who hit the streets to protest against the [...]

The post Man Hit By Stray Bullet During #EndSARS Protest Graduates With One Leg appeared first on GhGossip.

A 23-year-old man, Precious Azulule, who escaped from the Warri Custodial Centre, Delta State, during the #EndSARS protest, has been sentenced to 14 years’ imprisonment. The state Police Public Relations Officer, DSP Bright Edafe, disclosed this on Tuesday. He said, “Precious Azubule, who escaped from the Warri Correctional Centre during #EndSARS protest on October 22,...

The Feminist Coalition (Fem Co) has been accused of removing ₦23 million in bitcoin donated for the #EndSARS protest and moving it to another account, according to some social media users. They claimed the “Feminist co withdrew $51,000 worth of Bitcoin from their donation wallet on the 5th of this month silently”. Last year, the […]

The post This is Feminist Coalition’s Response to the Alleged Withdrawal of ₦23m in Bitcoin Donated for #EndSARS Protest appeared first on BellaNaija - Showcasing Africa to the world. Read today!.

GistReel
Women’s right group, Feminist Coalition, are being accused of withdrawing N23M worth of Bitcoin donated for the #Endsars protest. Some social media user accused the group of not being transparent enough on their financial dealings follow... Read Full Story

Samson Folarin The Oba of Lagos, Rilwan Akiolu, on Wednesday broke his silence on the loss he suffered during the #EndSARS protest in the state, saying hoodlums stole $2m and N17m from his palace at Iga Idugaran, Lagos Island. Akiolu noted that many buildings were destroyed and vehicles vandalised in the state after hoodlums hijacked […] Read Full Story

The Police Command in Anambra says it has recovered one pump action rifle allegedly stolen from 3-3 Police Station during the #EndSARS protests in the state. The command’s Public Relations Officer, CSP Haruna Mohammed, who disclosed this in a statement made available to newsmen on Saturday in Awka, said that the rifle was recovered from
Read More

Avance Media has announced finalists for the 5th edition of its annual ranking focused on young people, dubbed: 100 Most Influential Young Nigerians. This annual programme celebrates and honours Nigeria’s most outstanding youth. The list which is centred on revealing the most hard-working youth features individuals who stood tall in their business and careers amidst […]

Oluwatosin Omojuyigbe  The Lagos State Judicial Panel on Restitution for Victims of SARS Related Abuses and other Matters on Tuesday summoned the Inspector General Police to appear before it over alleged aggravated assault by policemen on one Prince Adenwale Adewuyi, which made him to be bedridden. 76-year-old Adewuyi, through his lawyer Debo Adeleke, told the […] Read Full Story 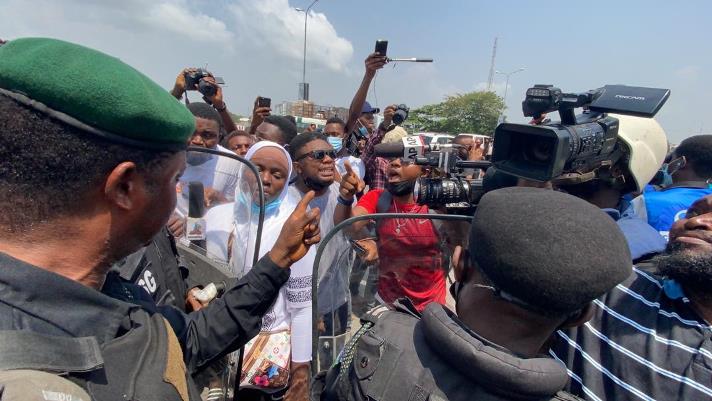 A notable speculative fiction writer from the 1980s once noted in her ‘Diplomatic Immunity’ work: “The dead cannot cry out for justice. It is the duty of the living to do so for them.” Eighteen years after Lois McMaster Bujold’s statement, Nigerians have come to recognise the potency of a unified voice collectively demanding for […] Read Full Story

Some social media users have dragged the former Big Brother Naija Housemate Ka3na after she took to her page to say SARS is the least of Nigeria’s problem. Ka3na’s comment comes hours after some protestors were arrested at the Lekki Tollgate. According to Ka3na, the EndSARS protest at Lekki Tollgate which happened yesterday afternoon was [...]

The post Fans Drag Ka3na After She Said SARS Is The Least Of ‘Our Problems’ In Nigeria appeared first on GhGossip.

Kayode Oyero The Lagos State Police Command has said popular comedian Debo Adebayo, also known as Mr Macaroni, and 39 other #OccupyLekki protesters would undergo mandatory COVID-19 tests to ascertain their health statuses. Spokesman for the Command, Muyiwa Adejobi, made this known in a statement on Saturday evening. Adejobi also announced that the 40 protesters, […] Read Full Story 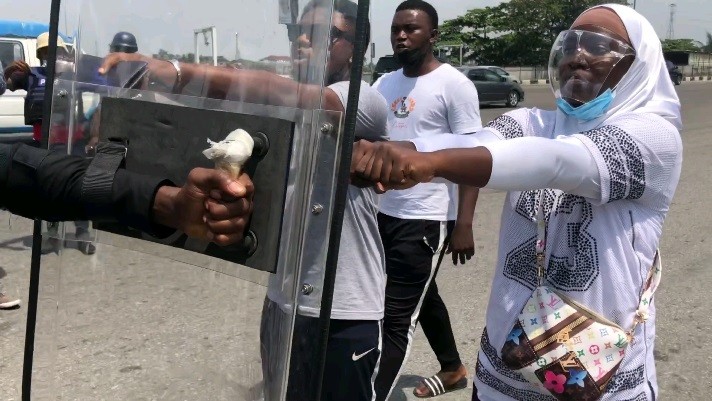 Young Nigerian protesters planned to occupy Lekki Tollgate today to prevent its reopening, security forces, however, were keen to foil their attempt. In anticipation of the heavy presence of riot police officers the protesters matched in smaller units forming clusters around the protest ground. A young lady simply identified as ‘Light’, lead one of the […] Read Full Story

…Say “We won’t tolerate demonstration in Lagos …Deploy policemen to parts of Lagos to halt it By Evelyn Usman and  Victor Arjiromanus Commissioner of Police, Lagos Police Command , CP Hakeem Odumosu , has said that the command would resist any gathering that would threaten the peace and lives of Lagosians. His assertion came on
Read More

By Soni Daniel As some Nigerians prepare to occupy certain parts of Nigeria under the second wave of ENDSARS protest, the Federal Government has vowed that the planned protest will not be allowed this time around. The Minister of Information, Alhaji Lai Mohammed, who gave the hint at a news conference in Abuja on Thursday,
Read More

Segun Adewole The Chief Press Secretary to the Lagos State Governor, Gboyega Akosile, has reacted to the planned protest slated for Saturday, February 13, 2020, against the reopening of the Lekki tollgate in the state. The organisers of the protest are angered by a ruling for the tollgate to be reopened as issued by the […] Read Full Story

Amnesty International on Thursday accused the Nigerian government of attempting to cover up the killing of a dozen citizens during peaceful protests in Lagos last October. Youth-led demonstrations in Nigeria began against police abuse, quickly spiralling in broader calls for reform. But they ended weeks later when security forces shot at demonstrators in Lagos —
Read More