By Emmanuella Anokam / Blessing Onyeaka The federal government on Monday unveiled the Nigerian Investment Promotion Commission (NIPC) “State Book” aimed at boosting domestic and foreign direct investment (FDI) for economic growth. The “State Book”, a compendium of key investment opportunities and comparative advantages of the 36 states and the CTF, was prepared by the NIPC in collaboration with the Nigeria Governor’s Forum (NGF). Otunba Adeniyi Adebayo, Minister of Industry, Trade and Investment, said at the compendium’s official launch in Abuja that the initiative would help investors better appreciate investment potentials across Nigeria. In a keynote address, Adebayo noted that the document would help attract the right investments to Nigeria, improve productivity, create jobs and generate income for the country. “The ministry appreciates that the work has been fully supported and approved by all 36 governors, including the CTF Minister. “It shows how we are working collectively to ensure that […]

Former Italy striker, Bruno Giordano has questions Super Eagles forward, Victor Osimhen’s contribution to the progress of Napoli since he joined the team a mouth-watering €70m from Lille last summer. Osimhen, who was on the scoresheet in Napoli’s... Read Full Story

By Oluwabukola Akanni Dr Temitope Hussein, president of University College Hospital (UCH), Ibadan branch of the Nigerian Association of Resident Physicians (NARD), says the association has lost 17 doctors due to the COVID-19 pandemic. Hussein, who justified the association’s reasons for joining the national NARD strike, explained that the families of the deceased doctors had not yet benefited from the death insurance scheme while in service. According to him, the striking doctors were also protesting against the non-payment of the salaries of some of their members across the country and demanding an upward revision of the risk allowance, among other things. He denounced the agony that its members across the country had had to endure for three months now without pay, despite their uninterrupted service to the nation. Hussein said that despite the three-month window given to the federal government to review the risk pay for healthcare workers, the risk […]

By Leonard Okachie A total of 101 Abia athletes will compete in 16 sports categories at the 2020 National Sports Festival in Edo. Abia’s sports director, Mr. Isaac Ogbonnaya-Isaac, made the disclosure to the Nigeria News Agency (NAN) in Umuahia shortly before the team left for Benin on Friday. He said the contingent also included 13 team leaders, 17 coaches and 20 officials. The director said the athletes compete in weightlifting, wrestling, kung fu, taekwondo, karate, kick boxing, weightlifting, para-athletics, deaf athletics, darts, boxing, table tennis and others. He said the team had set a goal of not dropping below fifth, adding that Abia needed to excel in at least 10 of the 16 categories in which the athletes competed. He said: “Our expectations are very high because we are a force to be reckoned with. “We are going to a sports festival that has suffered so many postponements; as […]

French Labour Minister Elisabeth Borne has been hospitalised with Covid-19, a week after testing positive for the virus, her ministry said Monday. Borne, 59, is under medical supervision in a hospital in the Paris region and her condition is improving, the ministry said in a statement. On March 14, Borne tweeted that she had … END_OF_DOCUMENT_TOKEN_TO_BE_REPLACED Read Full Story

Taraba State, Governor Darius Ishaku has taken the first jab of the Oxford Astrazeneca COVID-19 vaccine. This is coming two weeks after the vaccine arrived in Jalingo the state capital, through the Yola international airport. According to the Governor, the arrival of the Oxford Astrazeneca COVID-19 vaccine will help in reducing the mortality … END_OF_DOCUMENT_TOKEN_TO_BE_REPLACED Read Full Story

Water has many values that are just not priced, Sasha Koo-Oshima, the Deputy Director, Land and Water Division, UN Food and Agriculture Organisation (FAO), told Xinhua ahead of the World Water Day on March 29. The official highlighted that with the coronavirus (COVID-19) pandemic, a large part of the world population still lacks access to
Read More

Taiwan kicked off its coronavirus inoculation drive Monday with two top officials getting AstraZeneca shots in a bid to boost public confidence in a vaccine that has had a troubled rollout. Premier Su Tseng-chang and health minister Chen Shih-Chung sat for jabs at a Taipei hospital after local authorities cleared the Anglo-Swedish pharmaceutical … END_OF_DOCUMENT_TOKEN_TO_BE_REPLACED Read Full Story 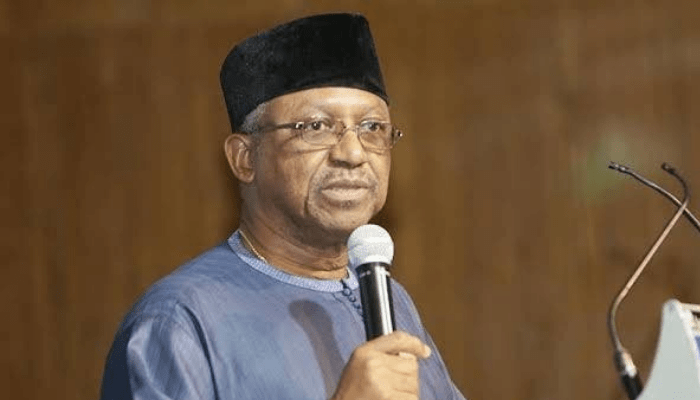 Osagie Ehanire, Nigeria’s minister of Health, has over the time spent in office immersed himself in the efforts to build new structures to deliver quality health services to Nigerians. In this interview with a BusinessDay team led by Bashir Ibrahim Hassan, he tells the story of how Nigeria has stoutly responded to the COVID-19 pandemic […] Read Full Story

The Nigerian Bar Association (NBA) has asked Edo State Governor, Godwin Obaseki to review the dusk to dawn curfew imposed to curb the spread of the COVID-19 virus in the state. NBA in a statement issued on Monday by its Chairman, Pius Oiwoh, said the move is necessary because some security operatives have turned … END_OF_DOCUMENT_TOKEN_TO_BE_REPLACED Read Full Story

The new technology that can rapidly detect whether a positive COVID-19 test sample contains a known variant was being trialled by the British Government.

Nigeria has not recorded a fresh COVID-19 death since Saturday, data from the Nigeria Centre for Disease Control showed. In an update, the disease control agency said just 86 new cases were reported on Sunday, the lowest in months. This comes as Nigeria continues to roll-out its vaccination program across States. The NCDC said … END_OF_DOCUMENT_TOKEN_TO_BE_REPLACED Read Full Story

The Nigeria Centre for Disease Control, NCDC, has confirmed 112 new cases of coronavirus (COVID-19) in 13 states and the Federal Capital Territory, Abuja. The total number of recorded infections...

Britain said Saturday that half the country’s adults have received at least one dose of COVID-19 vaccine as the government races to reach everyone over age 18 by the end of July. The National Health Service has put shots in the arms of 26.9 million people, or 51% of the adult population, according to the
Read More

The post Half of UK adults have gotten one dose of COVID-19 vaccine appeared first on Vanguard News.

Head of Haematology and Blood Transfusion at the Lagos University Teaching Hospital, Idi-Araba, Prof. Sulaimon Akanmu, saysCOVID-19 can have adverse effects on children, but that the number of those infected, so far, are limited because they have adaptive immunity. Akanmu spoke in reaction to a new research which links a rare immune disease in children...

Benson’s life seems to have stagnated as doctors advised him to continue to self-isolate after he tested positive for COVID-19 thrice, yet without any symptom to confirm the diagnoses. TESSY IGOMU reports On January 18, Benson came down with bouts of fever and went for a malaria test that turned out to be positive. Amid...

A selection of the week’s news photos from across the world. From the violence during the protests in Myanmar, the very first female President of Tanzania, immigrants expelled from the United States and the enduring impact of COVID-19: these are our selection of striking news images from around the world this week.     … END_OF_DOCUMENT_TOKEN_TO_BE_REPLACED Read Full Story

Pakistan Prime Minister Imran Khan has tested positive for Covid-19, his office said Saturday, just two days after he was vaccinated against the disease. The diagnosis comes as the country grapples with a deadly third wave of a virus that has already killed nearly 13,800 people from more than 620,000 infections — although limited testing...

A third of France’s population was under a new partial lockdown Saturday to stop the spread of COVID-19, as some European countries resumed AstraZeneca vaccinations following an all-clear from EU regulators and the WHO. The pandemic is still speeding up worldwide, with the number of new global coronavirus infections rising by 14 per cent … END_OF_DOCUMENT_TOKEN_TO_BE_REPLACED Read Full Story

Nigeria has not recorded any fatality from COVID-19 in the past two days, according to data from the Nigeria Centre for Disease Control. According to the NCDC in a late-night tweet on Friday, the country’s death toll still stands at 2,027. The disease control agency last recorded death on March 17. Since then, the … END_OF_DOCUMENT_TOKEN_TO_BE_REPLACED Read Full Story 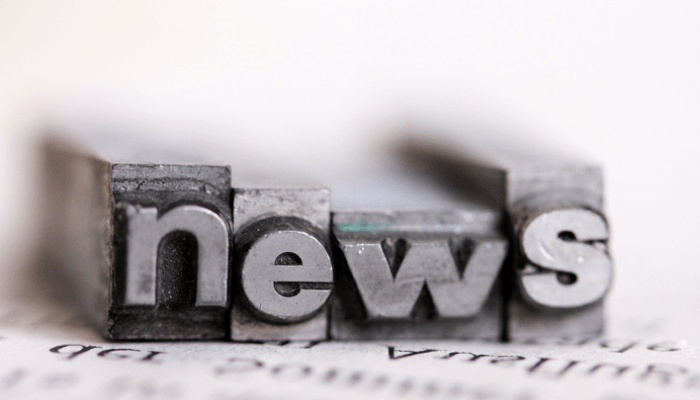 Nigeria vaccinates over 8000 people against COVID-19 About 8,000 Nigerians have received their first dose of the Oxford-AstraZeneca COVID-19 vaccines across the 35 states and the Federal Capital Territory (FCT), the Executive Director of the National Primary Health Care Development Agency (NPHCDA), Faisal Shuaib, has said. Nigeria began vaccination on March 5, 2021, after it […] Read Full Story

Former Nigerian goalkeeper, Ike Shorunmu says the inability of some of the Nigerian Professional Football League (NPFL) players to share the gains of playing with the ‘A’ team of the Super Eagles with their fellow colleagues in the league ... Read Full Story