Our weekly roundup of offbeat stories from around the world: Only codding Taiwan has been forced to ask people to stop changing their name to “salmon” after scores of young people did just that to take up a giveaway at a chain of sushi restaurants. Any customer whose ID card contained “Gui Yu” … END_OF_DOCUMENT_TOKEN_TO_BE_REPLACED Read Full Story

European countries have been divided in their responses to concerns over the AstraZeneca coronavirus vaccine (COVID-19), with Germany and Poland continuing to use the vaccine while Bulgaria has joined the ranks of those who have stopped using the vaccine. use it temporarily. Jens Spahn, the German Minister of Health has criticized the suspension of the use of doses of AstraZeneca vaccine in some countries, saying: “the benefit is far greater than the risk”. Denmark and several other European countries had previously suspended use of AstraZeneca’s COVID-19 vaccine after reports of severe cases of blood clots in people who received it. After consulting with experts from the European Medicines Agency (EMA), Spahn said he could confidently say that there was no noticeable accumulation of thrombosis cases related to vaccination. “I regret that some countries in the European Union have suspended vaccination with AstraZeneca,” he said. The president of the German Robert […]

Austria will stop using doses from one batch of the AstraZeneca vaccine while the death of a nurse who received it is investigated, health officials have said. The decision had been taken as a precaution, the National Office for Health System Safety (BASG) said late on Sunday, adding that there was “no evidence of a … END_OF_DOCUMENT_TOKEN_TO_BE_REPLACED Read Full Story

Tanzanian authorities said on Saturday they had initiated a process to return contraband chameleons seized in Austria in January. Allan Kijazi, deputy permanent secretary in the Ministry of Natural Resources and Tourism, said the government has started enforcing permits from the Convention on International Trade in Endangered Species of Wild Fauna and Flora (CITES) to bring back chameleons. “CITES has a mandate to allow us to bring back the chameleons. “I hope the permits will be issued soon,” Kijazi told Xinhua in a telephone interview. The official added that two Tanzanians were arrested by police for trafficking chameleons in Austria as investigations continued. “The local police, in collaboration with the International Criminal Police Organization, are still pursuing a syndicate of criminals involved in the smuggling of chameleons,” Kizaji said. On January 26, the director of wildlife at the Department of Natural Resources and Tourism, Maurus Msuha, said the government had […]

Leaders from Israel, Austria and Denmark announced Thursday in Jerusalem an alliance for the development and production of future generation coronavirus vaccines, a deal that has already sparked criticism in Europe. The three countries will launch “a research and development fund” and begin “joint efforts for common production of future vaccines”, Israeli Prime Minister … END_OF_DOCUMENT_TOKEN_TO_BE_REPLACED Read Full Story

Ligue 1 champions Paris Saint-Germain have reportedly made a concrete offer for Austria international David Alaba. Alaba is set to leave Bundesliga giants Bayern Munich at the end of the current season with his contract due to expire this summer. Read... Read Full Story

While Austria has struggled to contain the second wave of the coronavirus pandemic, it is fast emerging as a world leader in testing as a way to reopen schools and businesses. The small nation with a population of just under nine million tested three million people last week alone, with the mass-testing strategy forming … END_OF_DOCUMENT_TOKEN_TO_BE_REPLACED Read Full Story

My foster brother, Francis Deutsch, has died aged 94 from Covid-19, following a short illness. He was an outstanding radical lawyer and a pioneer of legal policy, whose life was driven by a sense of justice, belief in democracy and commitment to suppor... Read Full Story

Bayern Munich defender David Alaba has confirmed he will leave the German champions at the end of the current season. Alaba, 28, linked up with the Bavarians in 2008, and has since made an incredible 415 appearances for the Bundesliga club. With his c... Read Full Story

Super Eagles head coach Gernot Rohr has revealed he is keeping a close tab on the duo of Terem Moffi and Taiwo Awoniyi ahead of next month’s 2021 Africa Cup of Nations qualifying double-header against Benin Republic and Lesotho, reports Complete... Read Full Story

David Alaba will reportedly have to lower his wage demands if he wants to move to Premier League club Chelsea. Alaba, 28, is set to leave Bayern as a free agent in the summer after failing to agree a new contract, and the Blues are thought to be one o... Read Full Story 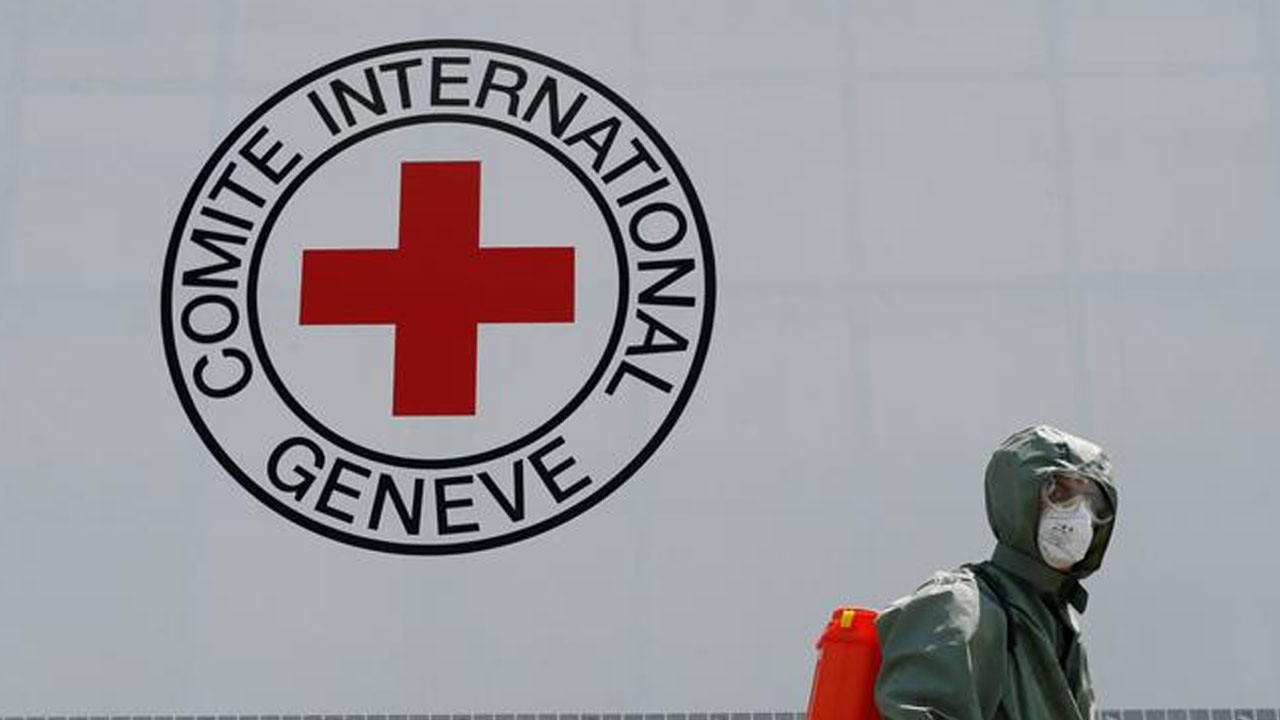 The Red Cross launched a plan Thursday to help vaccinate 500 million people against Covid-19 in over 100 countries, warning that leaving out the world’s poorest could seriously backfire. The International Federation of Red Cross and Red Crescent Societies said it would throw its weight into the distribution and acceptance of vaccines among some of the hardest-to-reach communities. The Geneva-based IFRC said it would spend 100 million Swiss francs ($111 million, 92.5 million euros) on the push and was already working with governments in more than 60 countries to see where its help could be the most effective. x “The current lack of equity in the rollout of Covid-19 vaccines is alarming and could backfire to deadly and devastating effect,” IFRC secretary general Jagan Chapagain told reporters. He said nearly 70 percent of vaccine doses administered so far had been in the world’s 50 richest countries while only 0.1 percent […]

Around 5,000 people defied a ban to march Sunday in Vienna in protest against a curfew and lockdown aimed at curbing the spread of Covid-19. The march was organised by the far-right FPOe party, and many participants ignored government regulations on mask wearing and the respect for minimum distances from each other. Neo-nazi militants … END_OF_DOCUMENT_TOKEN_TO_BE_REPLACED Read Full Story