By Muhyideen Jimoh The Federal Ministry of Youth and Sports Development has called on sports stakeholders to support and participate in the relaunch of the National Directors Cup competition as it enters the zonal stages. Dr Ademola Are, director of grassroots sport development at the ministry, told the Nigeria News Agency (NAN) in an interview Thursday in Abuja that it was crucial to bring back the glamor of the competition. He said the zonal final which kicked off Thursday in the country’s six geopolitical zones will end on March 22, with teams emerging for the grand final in Abuja. “We want more support from stakeholders as we enter the zonal phase of competition because this is the best of our youngsters in sports and education on display,” he said. Are, who is also the chairman of the main organizing committee (MOC) for the competition, said the expanded competition which now […]

The Department of Petroleum Resources (DPR) has sealed 11 filling stations in the Federal Capital Territory (FCT) for under-dispensing and over-pricing of petrol. The Zonal Operations Controller, DPR, Abuja, Mr....

By Obas Esiedesa – Abuja The Abuja Zonal Office of the Department of Petroleum Resources, DPR, has cracked down on errant petrol stations in the nation’s capital for selling petrol above N170 per litre and for under dispensing to customers. The Federal Capital Territory, FCT, along with other major cities across the country had witnessed
Read More

Operatives of the Nigeria Police Force have arrested 50 criminal suspects who are members of various notorious criminal gangs and networks across the country. The arrests were carried out by operatives of the Intelligence Response Team and the Special Tactical Squad of the Force attached to the Operation Puff Adder II, a series of … END_OF_DOCUMENT_TOKEN_TO_BE_REPLACED Read Full Story

Ada Wodu, Calabar At least 150 ex-militants in Cross River State were on Tuesday transported to various locations outside the state for skill acquisition as part of the Alternative Livelihood component of the ECOWAS-EU Small Arms Project. Speaking at the State Police Command Headquarters, Calabar, where the ex-militants gathered before the trip, the National Project […] Read Full Story

GistReel
Fans of the popular reality star, Erica Nlewedim showers Kubwa General Hospital in Abuja with loads of gifts in honor of their favourite’s birthday coming up tomorrow. The kind gesture is on behalf of the fast-rising actress who is celeb... Read Full Story

The House of Representatives’ ad hoc committee set up to audit arms and ammunition procured by the Armed Forces has criticised the new Chief of Army Staff, Lt.-Gen. Ibrahim Attahiru, for failing to appear before it in person. The House Ad Hoc Committee on the Need to Review the Purchase, Use and Control of Arms, […] Read Full Story

We’ll deploy all the force we have, no negotiations, Buhari’s NSA warns at Special Aso Villa media interaction The Federal Government says henceforth it will go all out against insurgents and bandits as it has the requisite personnel and resources. The National Security Adviser, Maj.- Gen Babagana Monguno (retired) disclosed this on Thursday in Abuja
Read More

Nigerian man has narrated how he dealt with a police officer who allegedly struck him with a torch in his mouth in front of his wife in Abuja. @slim_tony disclosed that this...

The post Man Narrates What He Did To A Police Officer Who Allegedly Struck Him With A Torch In His Mouth In Front Of His Wife In Abuja appeared first on Naijaloaded | Nigeria's Most Visited Music & Entertainment Website.

Adelani Adepegba, Abuja Fifty-five persons were arraigned before an Abuja Mobile Court on Monday, for not wearing face masks. The violators were summarily tried and convicted by the presiding Magistrate, Ebiwari Eremasi, after pleading guilty to the charges. They were fined N2,000 each with an option of engaging in supervised community service. READ ALSO: Nigerians’ll receive […] Read Full Story

GistReel
A woman who lives in Lugbe, Abuja disclosed during an interview that her husband who used to love her has suddenly lost his affection for her because of Kanya Mata. She had further called the product demonic and a home breaker used by Abuja sl... Read Full Story

There has been a minor fire outbreak at the Army headquarters complex in Abuja. The Director of Army Public Relations, Brigadier General Mohammed Yerima, confirmed the incident in a statement on Tuesday. He said the incident that occurred at about 10:15 am was a result of a minor electrical fault in one of … END_OF_DOCUMENT_TOKEN_TO_BE_REPLACED Read Full Story

The queues for petrol have gone worse in some parts of the country especially in Abuja, the nation’s capital. Motorists besieged the few outlets that were open for business in the FCT. Some of the motorists who spoke with Channels Television say they spend as much as five hours to access fuel. READ ALSO: … END_OF_DOCUMENT_TOKEN_TO_BE_REPLACED Read Full Story 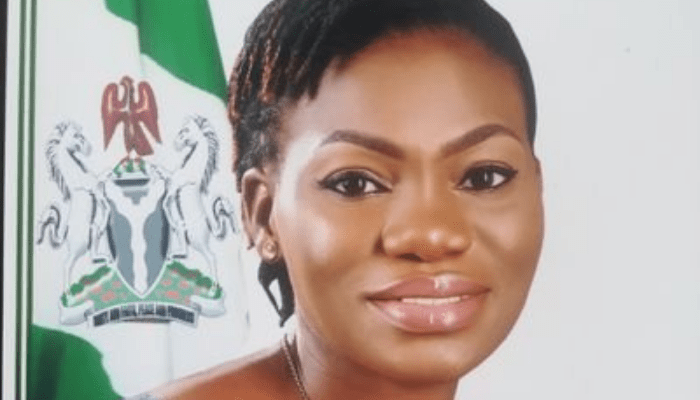 Abiodun Essiet is a special adviser to the chairman of Abuja Municipal Area Council on information communication technologies, donor agencies and civil societies. In addition to helping business owners to grow their enterprises, she inspires social change. She speaks to Stephen Onyekwelu on the challenges of creating smart cities in Nigeria and platforms where women […] Read Full Story

Adelani Adepegba, Abuja The seven Nigerian Air Force officers who died in the Sunday air crash will be buried at the National Cemetery, Lugbe, Airport Road, Abuja, on Thursday. The NAF disclosed this on Wednesday in an invitation to journalists. The Beechcraft King Air B350i in which they were flying crashed short of the Nnamdi […] Read Full Story

The post Carpenter stabs ‘Suya’ seller a year after breaking off his teeth appeared first on Vanguard News. 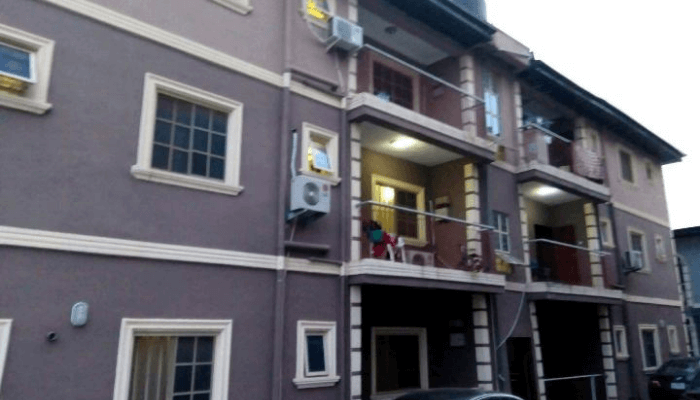 Demand for residential buildings with a preference for 1-bedroom and 2-bedroom flats within Lagos, Abuja and Port Harcourt is rising, showing that work from home (WFH) which is now the new normal is gaining traction with more individuals and institutions embracing it. Work from home is a major fallout of the COVID-19-induced lockdown which confined […] Read Full Story

A chartered flight has reportedly crashed in Abuja. The flight according to eyewitness crashed close to the Abuja airport. The eyewitness, who goes by the name Imoleayo Michael Crown, disclosed...

Okechukwu Nnodim, Abuja Six persons were feared dead when a military jet crashed in Abuja on Sunday. According to officials of the Federal Ministry of Aviation, the jet owned by the Nigeria Air Force reported an engine failure at about 10.39am before the crash. The incident was also confirmed by the Minister of Aviation, Hadi […] Read Full Story

ABUJA, Nigeria, February 18, 2021, – / African Media Agency (AMA) / – The 12th General Assembly of the Governing Council of the Council of African Ministers of Water (AMCOW) will be held virtually on February 18, 2021. The biennial Assembly brings together the 55 Ministers responsible for Water and Sanitation, also called the Governing Council, the Technical Advisory Committee (TAC), the liaison officers of the Member States, as well as representatives of the African Union Commission. The Assembly will be preceded by the Session of the Technical Advisory Committee from 15 to 17. At the General Assembly, the Governing Council will consider the recommendations of the Technical Advisory Committee and make decisions that will guide AMCOW’s policies and strategic directions for the next two years. During the meeting, HE Alain-Claude BILIE-BY-NZE, Minister of State and Minister of Energy and Water Resources of the Republic of Gabon and current president […]

The Council of African Ministers of Water (AMCOW) holds its 12th General Assembly of the Governing Council - NNN.