Award-winning South African actress and movie producer Sonia Mbele has finally cleared the air on rumours that she has failed to pay the crew members of her TV reality show titled ‘Pastor’s wife’.

According to reports from the City press, the actress failed to pay her production crew for three months – December, January and February. City Press reported that the crew members went on a go-slow protest, some even took the equipment away which included some hard drives and a car.

It also became known that Sonia paid half salaries in December and promised that she would settle the balance in January, which she only paid on the 15 of January. When her staff didn’t receive any remuneration in February, they decided to halt production by putting their equipment down.

READ  Kgopolo Mphela Says He Won’t Report About Mac G Again, Says He Is Always Attacked If He Does

The staff members wrote a letter to DSTV and in response, they were told that the money had already been paid to Sonia.

Close sources told City Press that Sonia usually manages to convince his workers that she has some investment in Mauritius that will pay the salaries in five days time but after five days she will fail to pay.

This is probably going to be one of the most truest and realist open letter there ever was. I’m sure you all woke up to what seemed like one of the most negative articles of all time. But I honestly want to reassure everyone who might slightly feel touched.

Guys I’ve been an actress for a good 25 years and out of those I’ve been producing for 3, which makes me an infant in that space. As a baby producer I will make mistakes and the mistake I made was not to invoice on time (therefore didn’t pay crew on time) and for that I have apologized. Why the papers two months thereafter I’m baffled.

It’s just sad that I’m away on business because the world wants to work with me and yet SatAfrica is trying to drag me. However it is well. Those who want me as a boss upon my return I am all yours. We are currently in the West because the rest of the world sees us, the United States of America, Tanzania, Kenya, Zimbabwe, Ghana, no need to say more!”

The post Sonia Mbele Hits Back At Her Haters appeared first on GhGossip.

South African music producer, Master KG has confirmed on social media that his “Jerusalema” song has reached a billion views on Tik Tok. Taking to Twitter, he announced that it’s garnered a billion views. “Jerusalema Has Over A Billion Views On Tik Tok Alone Damm Bro This Song Doesn’t Wanna Stop!!!!! THIS is Freaking Amazing,” [...]

South African media personality, Nompumelelo Ledwaba has launched her own podcast. The talented personality made this known in a recent social media post she made on the popular social media platform, Twitter. Making the announcement, she wrote; “When that voice inside says it’s time to grow, you can shrink back to safety or go in [...]

Pathways to faster decarbonization with gas and renewables 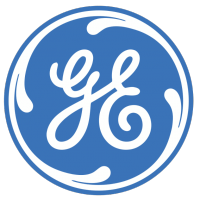 The energy sector accounts for up to 41 percent of global carbon dioxide emissions today, and Africa contributes around 2-3%. In parallel, there are still more than 580 million people on the continent who do not have access to reliable energy and the demand for electricity is expected to continue to grow as the population increases, industrialization ambitions grow and urbanization continues to fuel the need for more energy. To address sustainability concerns, the world is transitioning to a lower carbon energy mix at a pace never seen before. This is reflected in the total global value of investment in energy transition, including spending on new renewable energy capacity, electric vehicles and associated charging infrastructure, energy storage technologies and more, reaching more than US $ 500 billion ( https://bit.ly/3be1TUv) for the first time in 2020. This was a 9 percent increase over the previous year, despite the economic impact of […]

Pathways to faster decarbonization with gas and renewables - NNN.