A lawmaker, Rep. Chinedu Ogah, says the nation’s development is largely hindered by greed among the political leaders rather than restructuring.

Ogah, representing Ezza South /Ikwo Federal Constituency, said this at a news briefing on Monday in Abakiliki.
He said that restructuring would not solve the country’s complex problems and called for moral reorientation and attitudinal change, especially among the political class.

“The problem of the country is greed, not restructuring. Our problem is that we are selfish and greedy,” he said.
He said that good governance could only be enthroned when the people freely elect their representatives as against imposition.

Ogah also spoke on the need for peaceful coexistence among the various tribes and geopolitical zones of the country.
“We depend on each other for our socio-economic survival,” he said, adding that no section of the country could survive independent of others.

The lawmaker also faulted the call for state police, saying that the institution would be abused by the well-to-do in society.

Also read: Adebanjo takes over Afenifere, roars: No going back on fight for restructuring

“Imagine the multitude of security personnel in the hands of one politician, when there is no state police, how much less when states are allowed to control their own police.

“The implication is that members of the National Assembly and powerful politicians will use state police to intimidate and clamp down on those who cannot speak for themselves,” he said.

Ogah commended President Muhammadu Buhari for re-jigging the nation’s security architecture.
He called on the citizenry to support the president’s current war against insecurity.

“If you are a leader and there are security breaches in your area and you cannot fish out the masterminds, then you are not a leader elected by the people,” he said.

Ogah listed some of his achievements since he assumed office to include securing 295 employments for his constituents and other Ebonyi indigenes.

He also said that he had spent over N70 million on scholarship for his constituents in various Nigerian and foreign tertiary institutions.

He said: “We gave out N50 million in the first tranche to students both from my constituency and other parts of Ebonyi studying in various tertiary institutions within and outside Nigeria.

“We also gave N20 million in the second tranche,” adding that he was committed to reducing the financial burden on students from the constituency.

He also spoke on his activities toward making health services accessible to the people, including the payment of hospital bills for indigent patients.

“We have constructed a functional hospital at Item, Amagu Ikwo Local Government Area.

“The hospital we are building at Idembia in Ezza South is at 95 per cent completion, while plans have been completed for the renovation of Enyibichiri Hospital in Alike.

“We have attracted the construction of many bridges, linking many communities and villages across the constituency, in addition to fixing some rural roads,” Ogah said.

For a country that has diverse religious, cultural and ethnic backgrounds such as Nigeria, there is a need for deliberate policy choices to create unity in diversity, as against the current ones that have resulted in divisive dialogue. 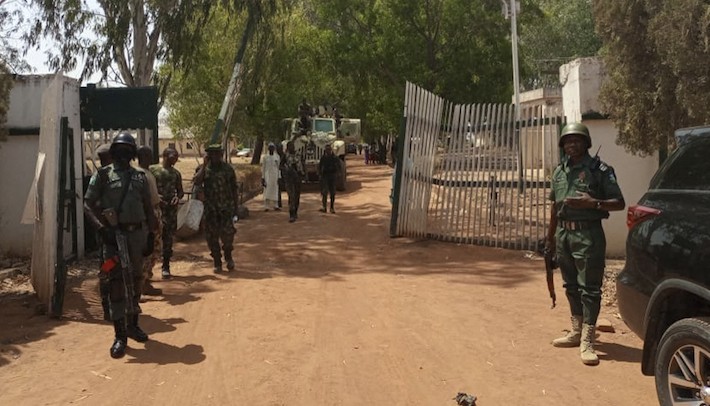 How to achieve restructuring before 2023 —Olawepo-Hashim

January 27, 2021 John Alechenu News, Politics Comments Off on How to achieve restructuring before 2023 —Olawepo-Hashim

John Alechenu, Abuja  A former Presidential candidate in the 2019 general election, Mr. Gbenga Olawepo-Hashim, has said the President, Major General Muhammadu Buhari (retd.), can achieve a lot in the area of restructuring by urgently sending an executive bill to the National Assembly in areas where a national consensus has been built. He said this […] Read Full Story