Chris Poole’s notoriety to a significant extent was brought about by his maxim, “don’t hate the player, hate the game!” While this saying has taken a life of itself and has gone on to assume a myriad of connotative interpretations, it is surprisingly very instructive when you deconstruct it and view it from a denotative prism. It is effectively saying that whilst you’re angry at someone who seems to get away with unacceptable behaviour, your anger should be really channeled at the flawed and rigged system that allows such a person to get away with reprehensible acts.

Now, this doesn’t make the culprit a saint but it helps us turn attention to the underlying factors that enable such anomaly. For example, racism is still a thing today not so much because there are racist individuals but much more owing to racist institutions. This is why a powerful but flawed system will almost certainly defeat a good person every day of the working week, twice over on the weekend, and not forgetting public holidays. So it is not for lack of trying that the Nigerian woman isn’t occupying so many powerful political positions, she is dealing with a system that is wired to shut her out!

Available data suggest that females constitute at least 49% of the country’s population but looking at the political landscape, the disparity and disproportionality is unmistakable. Why is it that with all the advocacy about affirmative action, rhetoric on women empowerment, and political participation, only about six percent of women make up the National Assembly that is supposed to be the people’s (male and female) house? When a woman earns X amount but you set the cost of acquiring your party nomination at X + Y amount, you have effectively disenfranchised her even though you’re waxing lyrical about being a political association that roots for women.

That’s just one instance of systemic segregation. When you deny women opportunities, not for lack of competence, but because you think they are not “electable candidates” or they will make your party “lose votes” – you’re part of the problem. The irony of all this is that women are more influential in grassroots mobilization and awareness, yet they are not good enough to be on the ticket. When you hear about voter suppression, it doesn’t necessarily mean physically stopping certain people from going out to vote, it comes in forms of election laws, party registration, reduced polling units – it’s not personal, it’s systemic!

Crisis really reveals the quality of leadership or lack of it thereof; the Coronavirus pandemic did just that. Again, looking at the data, we see that Jacinda Ardern of New Zealand, Angela Merkel of Germany, Mette Frederiksen of Denmark, Sanna Marin of Finland, Tsai Ing-wen of Taiwan, Erna Solberg of Norway, and other female leaders score very high marks with their management of the pandemic in their respective countries. Unfortunately on our own continent, we don’t even have a handful of female leaders to draw parallels in the first place. However, one country that catches the eye is Rwanda, it has a whopping 60% of its parliamentarians as women!

For Nigeria as a country, history is replete with the doings of women who at every inflection point showed up and took care of business – whether it was agitation for independence, universal suffrage, tax reforms, debt cancellation, leading the tech revolution, fighting illicit drugs, retooling the educational sector, averting a national health disaster or championing social justice. If all these are public knowledge, why then are we still having this conversation in 2021? If I were you, I would ask any party wooing me for votes in future elections to commit to putting a female on the ticket – whether as a principal candidate or as running mate. Kamala Harris is an example of a candidate and his party putting their political fortunes where their rhetoric was and it paid off big time because they control not only the White House but also the United States Congress – which makes an administrative agenda much easier to implement!

Politics: A Game of Numbers

It is what it is! Sadly, until you can reach a critical mass, not many players in the game will take you seriously. At best, they might be diplomatic about their choice of words. This is why the importance of organization cannot be overemphasized; when you get your numbers right, now they want to listen to whatever you have to say and are more inclined to make compromises because what they are really looking at is a voting bloc that they cannot afford to lose. Now you’re speaking their language! So being successful as a woman is great but it won’t cut the political red tape, you need to recruit more women from different facets of life and constitute yourselves into a powerhouse.

Be careful what you negotiate with anyone before elections because that is when you have a lot of leverage. Many people who run for public office have a relaxed relationship with the truth and we have seen many times where such people vehemently denied ever making certain promises during the electioneering and campaign trail even when presented with audio-visual evidence. Some will blame it on powers beyond their control and claim that their hands are tied after they assume office. So don’t accept placebos, platitudes and political promises that don’t mean jack, else the cycle will only perpetuate.

Whenever I am playing football on my Sony Playstation PSP, I put four people in the defense, another four in midfield, and two quick-feet strikers upfront. I like parking the bus when my team is not in possession of the ball and hitting the opponent with a deadly counter-attack when in possession – like a charm, it works almost every time! That’s the power of a great formation, you know your players and know which role each person is best suited for. Politics works in a similar manner, it requires teamwork to make the dream work. It’s a machinery that is made up of many intricate and moving parts. Co-ordination and cohesiveness are why an army is different from a mob, a multitude, or a motley crew.

To produce real political change in the near future, more women have to get in formation – of course, we know they are doing this already! Identify the front runners, those on the ticket, those with large financial war chests, the influencers, and those who shape public opinion. Identify the media moguls and creatives that can amplify the stories you tell. Identify those that know the political playbook and can strategize accordingly. Identify those that know how to connect to the average person on the streets and also the juggernauts in so-called high places. Identify those who represent your values and can become surrogates for your great vision.

READ  The Guardian view on violence against women: without safety, there can be no equality | Editorial

Obi Vivian Ifunnayachukwu ran for the president of her School Union Government and as her digital campaign posters went online, some people suggested that she wasn’t fit for the position – not owing to a flawed character or incompetence but simply based on her gender and how ‘differently’ she uses the restroom. Doesn’t Section 42 of the Nigerian Constitution guarantee the Right To Freedom From Discrimination? It reminds me of a biopic dedicated to the activism of The Notorious RBG – On The Basis Of Sex. In the cinematic portrait of the late Supreme Court Justice, a scene referenced a letter written on March 31st 1776 by Abigail Adams to her husband, John Adams urging him and other congressmen not to forget American women in their fight for independence. Three words of the lot gained the most eminence: “remember the ladies”

We’re privileged to have front-row seats in another of Oprah Winfrey’s masterclasses where she reminds us why she is the best in the business of talk. Her question is profound and it’s one that should be continually asked in different contexts. In the cerebral game of chess, the queen is the most powerful piece on the board because of the complex moves she can make.

If you have concluded that it would be a cold day in hell before Nigeria produces a female president, ask yourself: are Nigerian women making the necessary moves, or is there a culture that is systematically mitigating against their moves?

The post Mfonobong Inyang: The Power Game & Women Getting in Formation appeared first on BellaNaija - Showcasing Africa to the world. Read today!. 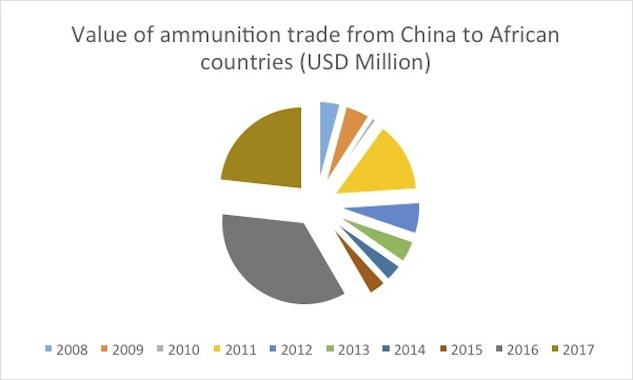 Harry and Meghan stir public debate ahead of Oprah interview

Vehement reactions to upcoming TV exclusive suggest royals still have power to inflame opinionThe anger of public responses in the buildup to Oprah Winfrey’s interview with the Duke and Duchess of Sussex Sunday is a sign of the growing chasm between th... Read Full Story

GistReel
Tyler Perry is trending on Twitter following Prince Harry and Meghan Markle’s interview with  Oprah Winfrey. The Duke and Duchess of Sussex revealed how billionaire filmmaker Tyler Perry came in to help them after they were cut off finan... Read Full Story