THREE indigenes of Ezhionum community, Ukwuani Local Government Area, Delta State, a father, his son and nephew, were Sunday, reportedly shot dead by rampaging herdsmen along a road to a farm reserve land in Oghonogbo, a nearby village in Edo State.

The attack came a day after two farmers from Umutu community, Delta State, that were kidnapped by herdsmen were rescued by vigilante team members in Ukwuani Local Government Area.

Vanguard gathered that the father, identified as Mr. Egba was driving in a car with the children along the road when the herdsmen accosted and opened fire at them.

Speaking with Vanguard on the development, Chairman of Ukwuani Local Government Area, Mr. Solomon Ajede, confirmed the attack, saying “Some of our people who are indigenes of Ezhionum and who are resident here in Obiaruku travelled to Oghonogbo, a reserved area where they do farming.

“A lot of people go there for farming but it is within Edo State. When l got the information, l called the DPO and the vigilante but before they got there, the people were already dead.

“Some policemen from the area brought the corpses to the mortuary in Obiaruku (headquarters of Ukwuani Local Government Area.)

Saying that his administration was putting security measures in place “so that they (the herdsmen) don’t encroach on our area, Ajede disclosed that “On Saturday, we got information that some herdsmen adopted two indigenes of Umutu who were going to their farm at about few minutes to 7am.

“I immediately deployed the vigilante and some volunteers along the River Ethiope to go on their trail. At a point before Eku, there was a shootout and the herdsmen abandoned their victims and they were brought back to the community.”

Contacted, Police Public Relations Officer of the Delta State command, Mr. Bright Edafe said he was not aware of the killings. “I don’t want to debunk it but l am not aware of it”, he said.

Armed men suspected to be herdsmen have killed a 48-year-old farmer, Dayo Ibiye, in Ondo State. Ibiye was said to be a cousin of Gani Ajowa, the Senior Special Assistant on New Media to Governor Rotimi Akeredolu. The spokesperson for the Ondo State Police Command, Tee-Leo Ikoro, confirmed the incident to Channels Television on … END_OF_DOCUMENT_TOKEN_TO_BE_REPLACED Read Full Story

Segun Adewole The Governor of Ogun State, Dapo Abiodun, has met with the President, Major General Muhammadu Buhari (retd.), at the State House in Abuja on Friday. Abiodun who shared pictures from the meeting said he presented a report on the crisis between farmers and herders in the state to the President. “At State House […] Read Full Story 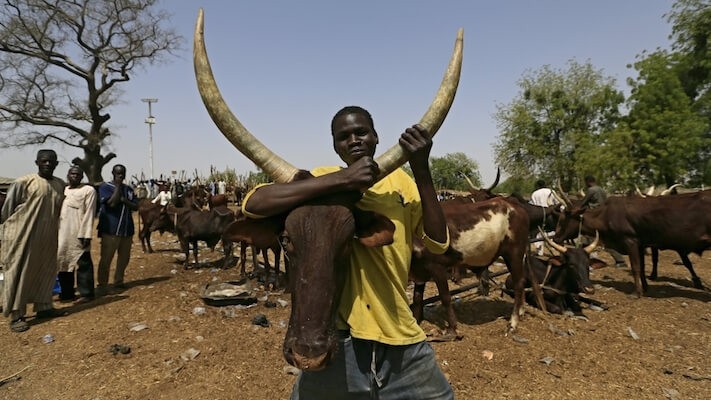 There is solution underway for the perennial conflict between Fulani herdsmen and farmers, resulting into destruction of lives and properties across the country. This is as the 19 Northern Governors have expressed commitment to end the nomadic grazing of cattle which lead to incessant conflicts that aggravate the nation’s security challenges. Kaduna State Governor, Nasir […] Read Full Story