Prof. Yahaya Ukwenya, the Nigeria Cricket Federation (NCF) has said that the upcoming National Men’s Championship was vital to the country’s international engagement later this year.

Ukwenya said the event which would start on Monday and end on March 31 at the Edo Boys High School, Cricket High Performance Centre, Benin City, would enhance the country’s preparation.

He said:” The forthcoming 10-day Championship is a key event on NCF Calendar given the weight of international commitments that the country is committed to later in the year.

“For us, this Championship is the first on the list of activities that will form the molding of a stronger national team both for the Under 19 and more importantly the Senior Men’s team.

“We have three World Cup tickets to vie for later in the year, hoping that the COVID-19 Pandemic’s tide will continually be stemmed as it is presently being done now.

“Our teams will participate in the U-19 World Cup, Senior Men’s T-20 World and the Women’s World Cup Qualifier.

“Nigeria will be hosting two of the World Cup Qualifiers in October and November, I believe the Men’s Championship will serve as a key preparatory event for the challenges ahead.”

Eight teams that will be on parade for the championship are Lagos, Edo, Anambra and Kwara in Pool A, while Kaduna, Rivers, Delta and Oyo will slug it out in Pool B.
Endurance Ofem, the tournament coordinator said that the event will be the first test for any player willing to pick a shirt in the national team later in the year.

“This event is very crucial to future engagements both locally and internationally.

“We have provided the best condition for the top teams to thrive and we believe the venue too will help us better in allowing the players express their talents as well, “he said.

The National Coach, Sri-Lankan Asanka Gurusinha, will be on ground with his assistants to identify outstanding players for the national team. 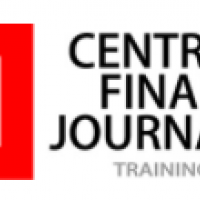 Professor Umar Garba Danbatta, Executive Vice President / General Manager of the Nigeria Communications Commission (NCC), will deliver the 2021 edition of The Bullion Lecture. Professor Danbatta is a renowned scholar, scholarly engineer, astute administrator, philanthropist, and quintessential nation-builder. Professor Danbatta holds BEng and MSc degrees from Technical University of Wroclaw in Poland and a PhD from Institute of Science and Technology, University of Manchester, UK. Until his appointment as EVC / CEO of NCC, Professor Danbatta was a lecturer in the Department of Electrical Engineering, Faculty of Technology, Bayero University, Kano, for 32 years, where he taught telecommunications engineering courses and electronics and has held academic dean positions. of the Faculty and of the head of department at different times. Professor Danbatta will speak on Telecommunications, Digital Banking and Economic Development in Nigeria. The Bullion Lecture, a platform conceptualized by the Center for Financial Journalism (CFJ Nigeria) for lively […]

Miracles of Our Own Making: How CEMAC Countries Can Emerge Stronger from the Economic Crisis (By Leoncio Amada NZE)

By Leoncio Amada NZE; Executive President of the African Energy Chamber (www.EnergyChamber.org) CEMAC Zone and CEO of Apex Industries SA When the International Monetary Fund (IMF) said that the pandemic-ravaged global economy shrunk by 4.4% in 2020, the news probably surprised no one. The world has not experienced an economic decline so dramatic since the Great Depression, and very few of us have escaped COVID-19’s financial tumult. Over the past 12 months, only China’s economy grew. Everywhere else, stock markets cratered, businesses shuttered, and unemployment rates climbed to new highs. As vaccines have started their roll-out, however, signs of recovery, however tentative, are emerging. While this sounds a hopeful note, what the future looks like remains difficult to predict. Uncertainties abound, and how they play out will determine who’s right: the optimists, who believe that renewed spending and investment are just around the corner, or the pessimists, who fear a […]

Miracles of Our Own Making: How CEMAC Countries Can Emerge Stronger from the Economic Crisis (By Leoncio Amada NZE) - NNN.