The Independent National Electoral Commission (INEC) has vowed not to surrender to what it called ‘electoral banditry’ aimed at discrediting the electoral process and retuning pre-determined outcomes.

Mr Festus Okoye, INEC National Commissioner and Chairman, Information and Voter Education Committee, made the vow in an interview with the News Agency of Nigeria (NAN), on Sunday, in Abuja.

Okoye was speaking on the decision to indefinitely suspend the Saturday Ekiti East State Constituency 1 election held in Ekiti State.

He said that the decision was necessary to preserve the integrity of the country’s elections, as well as safeguard the lives of citizens.

Okoye said that for the commission to proceed with any election in the face of brazen violence that had compromised the integrity of an election, would amount to dereliction of its electoral duty.

He noted that the Resident Electoral Commissioner for Ekiti State (REC) issued a statement detailing the level of violence unleased on voters, election officials and security personnel on election duty.

The INEC commissioner said that the commission had reinforced the situation report of the REC for Ekiti by imposing an indefinite postponement of the state constituency 1 by-election.

“These measures are necessary to preserve the integrity of elections and the life and safety of voters, election officials and security personnel on election duty.

“To buckle under the pressure of organised, coordinated and mindless violence will lead to and amount to surrendering the sovereign democratic rights of the people to clean elections, and the suzerainty of anti-democratic forces.”

The Abia election has been scheduled for March 27, while the Isoko North State Constituency by-election in Delta State, would hold on April 10.

“The Commission will not stake or mortgage the life and security of any official on election duty and that of the voters, in the face of contrived atmosphere of fear, anxiety and violence.

“It will be unconscionable and amount to dereliction of its electoral duty for the commission to proceed with any election in the face of brazen violence that has compromised the integrity of an election.”

Okoye advised all political parties to rise and condemn the descent to violence at a time that the commission appeared to have overcome its logistics and deployment challenges.

He said that the commission would not be distracted in its pursuit of new and creative innovations that would impact fundamentally on the electoral process.

“It is important for the Commission to complete the expansion of voter access to polling units, as this will give expression to the true value of the vote and make voting less cumbersome for the Nigerians,” he said.

Okoye said it was also important for INEC to resume the Continuous Voter Registration exercise and capture those that had attained the age of 18 years.

He said that it was important to resume the suspended programme, to meet the demands of those yearning for transfer and those that had serious issues with their previous registration.

“Violent by-elections can only distract the Commission from these capital-intensive projects with high prospects of giving meaning to the sovereign rights of the people to clean elections.”

The post INEC will not succumb to electoral banditry, says Okoye appeared first on Vanguard News.

By James Ogunnaike Student leaders in Ogun on Wednesday appealed to qualified students in tertiary institutions to get registered with Independent National Electoral Commission (INEC). This it said would enable them to participate in the forthcoming local government election in the state. The student leaders made the appeal in a statement issued in Abeokuta, jointly
Read More

By Omeiza Ajayi The Independent National Electoral Commission INEC has announced the suspension of Saturday’s Bye-Election into the Ekiti East State Constituency seat, following incidents of violence which led to the killing of three persons and three others sustaining gunshot injuries. INEC Resident Electoral Commissioner REC in the state, Dr. Tella Adeniran disclosed this in
Read More

February 24, 2021 The Editorial Board Uncategorized 0 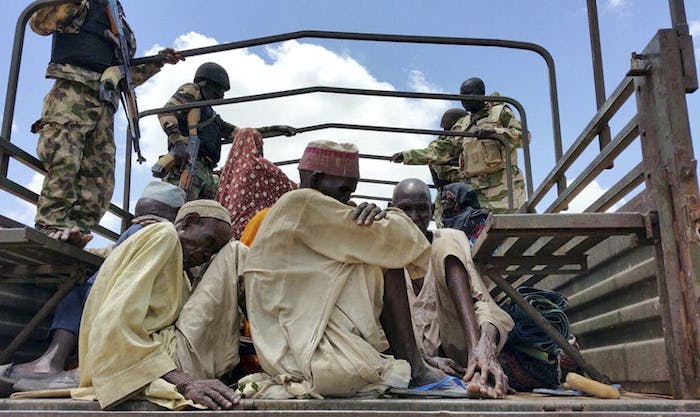 In Nigeria, the new normal, which defines the new way people live, work and relate is not restricted only to the response to Covid-19 pandemic measures, but also relates to acceptance of the absurd and bizarre as normal. One of such bizarre events that seem to have been accepted in Nigeria as normal is banditry. […] Read Full Story