Manager of DMW’s Logistics team, Israel Afeare, alias Israel DMW has opined that billionaires are to be feared.

This comes shortly after the the Logistics expert was pardoned by popular disc jockey and billionaire heiress, Florence Otedola, alias DJ Cuppy.

The rift between both parties started after Israel took to his social media pages to claim that rapper, Zlatan Ibile severed ties with the billionaire heiress because she refused to pay him his dues following their hit collaboration, ‘Gelato’.

Cuppy found the statement indicting and filed a defamatory lawsuit against him. 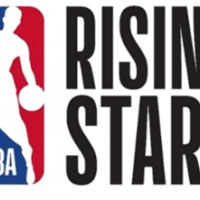 Two-time Kia NBA (www.NBA.com) Reigning Rookies of the Month LaMelo Ball and Tyrese Haliburton join Williamson and Morant on US team roster; RJ Barrett (Canada) and Rui Hachimura (Japan) Headline World Team Roster. NBA All-Star Zion Williamson of the New Orleans Pelicans and Kia NBA Rookie of the Year 2019-2020 Ja Morant of the Memphis Grizzlies topped the list of 20 players selected by the NBA assistant coaches for the 2021 NBA Rising Stars rosters, which were revealed today on NBA Top Shot (https://bit.ly/3bgwNNb). NBA Rising Stars, the league’s annual showcase for top young talent during NBA All-Star, will not be played this year due to the limitation of All-Star events to one night. To recognize deserving players, the NBA has kept the custom of having league assistant coaches vote for the Rising Stars rosters, which include 10 first- and second-year NBA players from the United States (American team) and […]

Israel has offered to host Champions League and Euro 2020 matches if the COVID-19 pandemic forces them to be moved from other countries. The Israeli proposal follows the moving of several Champions League matches from Germany and Spain to Hungary, Romania and other countries as a result of coronavirus restrictions on travel. Israel Football … END_OF_DOCUMENT_TOKEN_TO_BE_REPLACED Read Full Story