At no other time has insecurity had as much impact on Nigeria’s real estate sector than now when it is destroying buildings, shrinking housing stock, deepening the deficit and discouraging new investments.

This widespread insecurity in Nigeria that arises from general discontent, especially among an army of jobless youths, is raising concerns and apprehension at various stakeholder levels.

Emmanuel Wike, president, Nigerian Institution of Estate Surveyors and Valuers (NIESV), was quoted recently as saying that the Southern Kaduna conflict, agitations in the Niger Delta as well as calls for succession in the former Biafra Republic, violent clashes between the Fulani herdsmen and farmers all over the country, renewed surge in kidnapping in major cities and villages, have made among others, Nigeria one of the hotbeds of conflict in Africa.

The Federal Government, which does not believe Nigeria has housing deficit, dismissing it as an urban problem, must by now be worried, especially with worrisome reports from both local and global bodies.

A World Bank report notes that since 2009, when insurgent activities by Boko Haram started, about 956,453 (nearly 30%) out of 3,232,308 private houses; 5,335 classrooms and school buildings in 512 primary, 38 secondary and two tertiary institutions; 1,205 municipal, local government or ministry buildings; 76 police stations have been affected one way or another.

Similarly, the United Nations High Commissioner for Refugees (UNHCR), Filippo Grandi, says over 3.2 million people are displaced, including about 2.9 million internally displaced persons (IDPs) in north-eastern Nigeria, meaning that these have no homes again.

For its 200 million population, record shows that housing stock in Nigeria is between 13 million and 15 million units while the deficit is about 20 million units, going by 2019 Federal Mortgage Bank of Nigeria (FMBN) estimates.

Yet, the government wants a proof that there is housing demand-supply gap in the country. “The last time Nigeria held its census was 2006. Since then, we have not held another. Then, where did we get this figure,” Babatunde Fashola, Nigeria’s minister for works and housing, queried.

“Where did we get the 17 million housing deficit?” Fashola wondered, adding, “Some people say it is from the World Bank. I have asked the World Bank and they have disowned that figure, saying it did not come from them.”

Be that as it may, reports by both local and global bodies as stated above are enough proof that insecurity in Nigeria has left the country’s housing sector in a depressing situation. Many houses have been destroyed and not many new ones are being built to replace them.

The current school-targeted attacks and kidnapping by bandits and Boko Haram in the Northern part of the country have negative impacts on both lives and properties. In October 2015, the Nigeria Union of Teachers (NUT) estimated that over 600 teachers had been killed in the North.

As of April 2016, Boko Haram had killed 611 teachers and made over 19,000 others to flee the North-East. The group had also kidnapped over 2000 persons, especially females, in schools.

However, there are some positive takeaways for savvy and desperate investors who see opportunities in the midst of the rubbles, meaning that insecurity has both negative and positive impact on the property market in those areas that are most affected, especially Borno State.

A media report quotes Jambil Suyudi, chairman, Bauchi/Gombe branch of NIESV, as saying that though insecurity has destroyed thousands of homes and made the populace homeless, it has at the same time created opportunity for real estate investors.

These investors, according to him, are going about acquiring those destroyed properties, or properties that are located in crisis areas at cheaper prices and keeping them for speculative purposes.

Suyudi disclosed that a lot of people had been fleeing Maiduguri, but many displaced families had also settled in the relatively safer side of the city, noting that this population shift had raised real estate prices and helped dealers make good financial gains.

He noted further that people were beginning to return to some of the Maiduguri suburbs. “Those fleeing the attack-prone areas sell their properties at a very cheap rate. A house that would ordinarily sell for N3,060,000 could be offered at N765,000,” he said.

The good news, according to the estate surveyor, is that Maiduguri is changing fast such that, in the recent past, dozens of buildings have been built while several new ones are under construction.

“Investors and property developers have returned to the city. High-end supermarkets, schools, churches, town halls, residential buildings and government-funded camping settlements have significantly increased across the city,” he said.

Brexit: is it au revoir to the aubergine? | Brief letters

WEEK AHEAD: More of same for naira, Bitcoin rally to continue 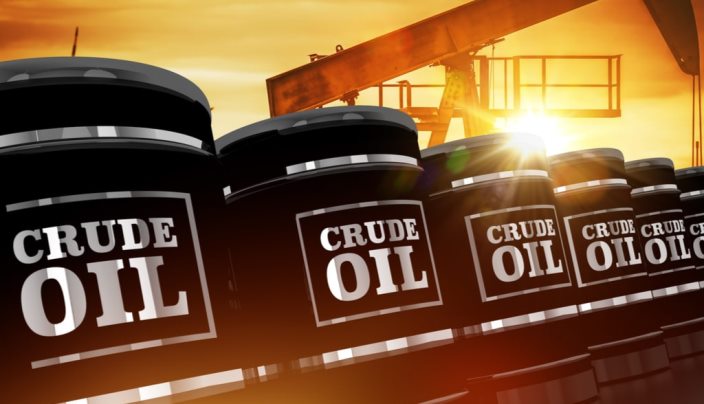 More of same for Naira The Naira closed at N411.88 on the I&E window, a 0.21 per cent depreciation from N411.00 which it closed at the previous session on Friday, according to data from the FMDQ Security Exchange. The currency also lost at the parallel market as data posted on abokiFX.com, a website that collates […] Read Full Story

Commission set up by archbishop of Canterbury says church must lead by exampleThousands of hectares of land owned by the Church of England could be used to build affordable homes in the next few years under proposals from a housing commission set up by... Read Full Story