German Chancellor, Angela Merkel, said Friday  she was ready to be vaccinated with AstraZeneca’s coronavirus jab if she is offered it, in a bid to shore up confidence in the jab.

“Yes I would take the AstraZeneca vaccine,” Merkel told a news conference, adding  she “would like to wait until it’s my turn but I would in any case”.

Merkel’s firm endorsement of the vaccine came after its use was suspended for several days this week by major European countries, including Germany, over fears it may cause blood clots.

Europe’s medicines regulator EMA on Thursday cleared it for use after a review of the clotting cases, saying the vaccine was “safe and effective”.

But questions surrounding the jab jointly developed by AstraZeneca and the University of Oxford were revived when France on Friday recommended it should be given only to people aged 55 and over because of the clotting risks.

See also  ‘In a queue to die’: South Africa nurses work in fear and exhaustion

Germany on Friday resumed use of the Anglo-Swedish company’s jabs and politicians were at pains to assure the population of the vaccine’s safety.

Winfried Kretschmann, state premier of Baden-Wuerttemberg, had an AstraZeneca jab live on television.

“Have trust, get vaccinated,” he said in an appeal to the population.

AstraZeneca has faced a series of setbacks since it was approved for use in the European Union.

Besides delivery delays that angered the bloc, Germany had in the initial weeks of its use limited it to people under 65-years-old because of insufficient efficacy data for older people.

Critics had complained that the decision to halt use of AstraZeneca’s vaccine over the recent days only served to fuel more mistrust over vaccination and further delay Germany’s already sluggish inoculation programme.

Germany is battling to ramp up its vaccination campaign as health authorities of the EU’s biggest country warn that coronavirus virus numbers are rising at a “very clearly exponential rate”.

“It is very possible that we will have a similar situation over Easter to the one we had before Christmas, with very high case numbers, many severe cases and deaths, and hospitals that are overwhelmed,” Lars Schaade, vice president of the Robert Koch Institute for infectious diseases, told reporters.

The institute on Friday reported 17,482 new infections in the previous 24 hours and 226 deaths in Germany, with the seven-day incidence rate soaring to 96 per 100,000 people despite a months-long shutdown of large swaths of public life.

Ahead of talks on Monday with the country’s 16 state leaders to set new shutdown rules based on the latest pandemic developments, Merkel said there would be no further easing of ongoing restrictions.

See also  Telemedicine Takes Off In Germany During Pandemic

“We will have to also use this emergency brake,” she said, referring to an agreement to roll back easing in regions where infections were fastest growing.

Second city Hamburg said it would pull the “emergency brake” from Saturday after exceeding the 100-mark three days in a row. Brandenburg, the state surrounding Berlin, also crossed the benchmark on Friday.

Schools began reopening in Germany at the end of February, followed by some shops in March. But indoor dining remains banned for now, and cultural and leisure facilities remain shut. 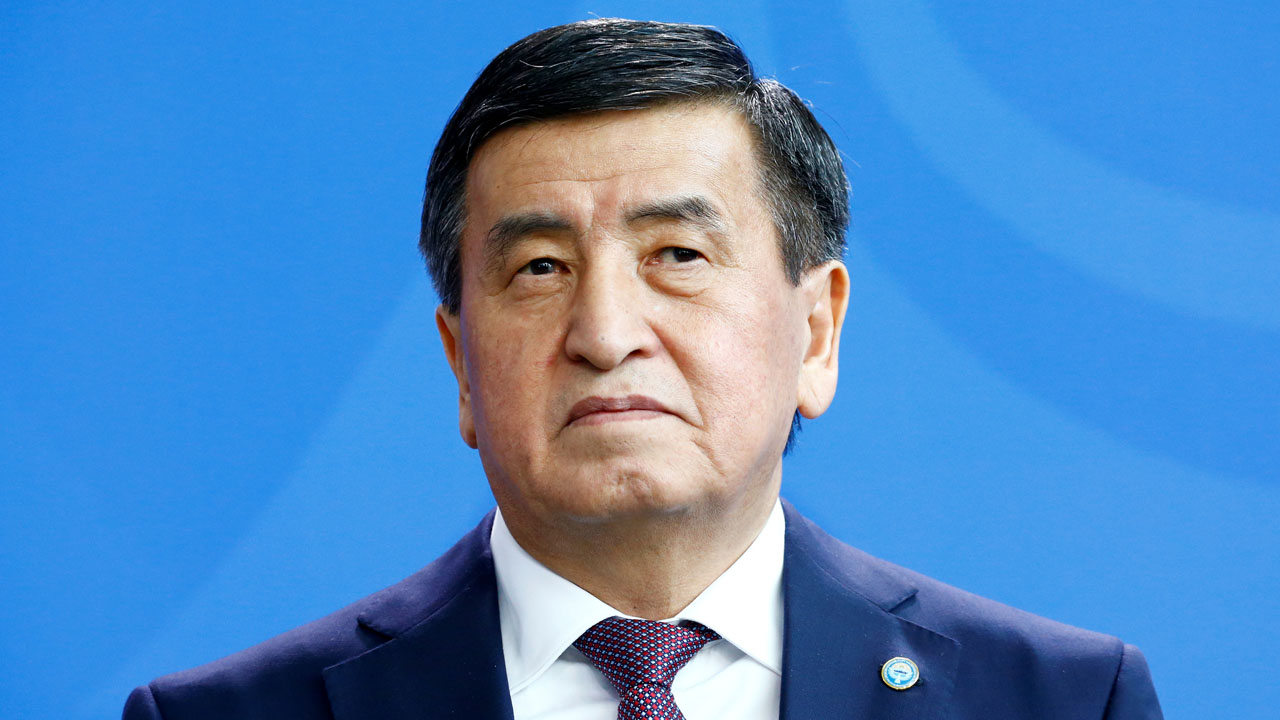 Kyrgyzstan’s President Sooronbay Jeenbekov address the media at the Chancellery in Berlin, Germany April 16, 2019. REUTERS/Fabrizio Bensch Kyrgyzstan’s former president Sooronbay Jeenbekov has left the Central Asian country, his representative said Tuesday, as investigators consider opening a criminal probe into his role in a crackdown on protesters last year. Jeenbekov became the third president to be unseated by political unrest in October, paving the way for populist Sadyr Japarov to take power less than two weeks after Japarov’s release from jail. Japarov, who was inaugurated last week with Jeenbekov in attendance, has previously said that he didn’t see a reason to investigate his predecessor, despite a man dying on the night of October 5 after security services attempted to put down unrest related to a disputed vote. But the state prosecutor said Tuesday that investigative bodies were considering opening a criminal case on the basis of a complaint against […]

J&J vaccine effective in countries with variants ― WHO experts

The WHO’s expert vaccine advisers on Wednesday recommended Johnson & Johnson’s Covid-19 vaccine for use in countries where coronavirus variants of concern are circulating. The World Health Organization gave its seal of approval on Friday to the vaccine, which has the advantages of being a single-shot jab that can be stored at regular refrigeration rather
Read More

The post J&J vaccine effective in countries with variants ― WHO experts appeared first on Vanguard News.

Custom officials at South Africa’s main international airport have seized hundreds of thousands of tablets of a drug some people claim could be a remedy against coronavirus, police said Saturday. The South African Police Service (SAPS) said in a statement that “tablets suspected to be ivermectin” worth six million rand (nearly $400,000) had been seized
Read More