Focus Africa Series, one of Africa’s top leadership, business and entrepreneurship platform, is set to launch the second edition of its magazine “Focus Africa Magazine” at a premium award event scheduled to hold on the 25th of March 2021 at Nicon Luxury Hotel, in Abuja.

The theme is ‘Africa’s Transformational Journey’. The keynote address will be delivered by Ben Francis Kaifala, the anti-corruption head of, Republic of Sierra Leone.

The event is set to be attended by His Royal Highness Yahaya Abubakar CFR, Etsu Nupe, chairman Niger State Council of Traditional Rulers, Vice President, Republic of Sierra Leone, Mohamed Juldeh Jalloh, and Governor of Kogi State Yahaya Bello who is the chairman of the occasion.

The Focus Africa Series was established with a vision to not only encourage dedicated entrepreneurs thriving in several industries but also to celebrate leaders with milestone achievements.

These spectacular industry leaders have continued to raise the bar through their dedication; passion and resilience to build companies that have contributed to the growth of the economy and provided employment for budding entrepreneurs.

They have continued to prove to the world that excellence and innovation is the foundation on which the future of Africa is built and indeed, the continent is well on its way to creating phenomenal products.

The event is also set to award and recognise prestigious individuals for their remarkable contributions to the growth of their community, country and Africa at large.

One of the award recipients from Nigeria Goni Zakari have in the last five years fed 1,000 almajiris in North-Eastern Nigeria every day consistently, on an individual capacity he has continued to lead a fight against hunger in many other parts of the country and these are done behind the camera, the other interesting story from Sierra Leone where Billy Harry T Sesay, the founder and executive director of Job Link Sierra Leone.

The company, established in 2016 was borne out of the desire to help identify the issues affecting the youths in terms of accessing jobs by creating linkages, networking through information sharing regarding job postings, CV and cover letters. The platform has currently helped to build the human capital in Sierra Leone and contributed to closing the unemployment gap within the country and impacted several lives.

“The true value of a man and his relevance to humanity is not measured by his affluence, but how much of himself he has given, or is prepared to give to make life better for others,” says Sucex Bright, host of Future Africa Series.

One of our core focuses at Focus Africa Magazine has been to build a platform where like-minded brands and entrepreneurs can effectively connect, learn and inspire themselves to create groundbreaking solutions, thereby strengthening the business value ecosystem.

Alongside the presentation of the awards, the Focus Africa Series will be launched with a report to be published on 25th March 2021, and discussions will be centred on the theme – “Africa’s Transformational Journey”.

According to Comrade Jibril Abdullahi Muregi the local organising chairman for this event, with the launch of this series, we are targeting about 50 million viewers in about 25 Countries by the 3rd quarter of 2021, for industry players who are raising the bar in the continent. The interviews will be held on different media platforms especially online and YouTube channels every weekend and is expected to begin airing on national television by May. The print will also be available as well.

For additional information and further enquiries, please contact +2347014757441 or send an email to info@aylesafrica.com.

THE DIABETES DRUG THAT SAVES ME FROM CUTTING MY LEG

My name is RTD Major/Gen.A.O.Aladenola. The journey of my diabetes started on a terrific Tuesday morning. I received an emergency call from my superior officer to attend a security briefing in Abuja the next morning which is Tuesday. I woke up early to catch up with the early morning flight; that 45 minutes journey was the
Read More

The post THE DIABETES DRUG THAT SAVES ME FROM CUTTING MY LEG appeared first on Vanguard News. 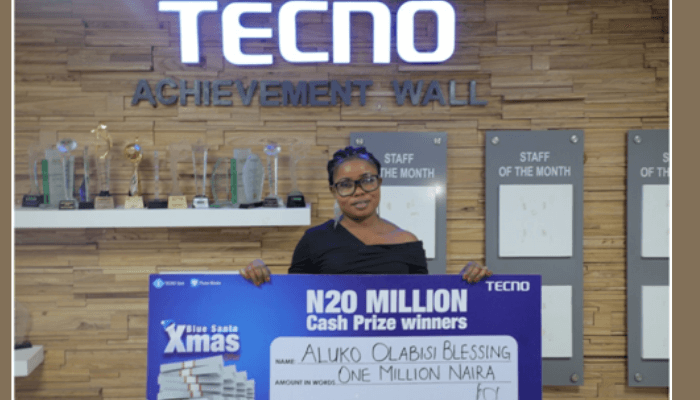 Because of TECNO, 20 lucky Nigerians had a great start to their year. We all know how unprecedented 2020 was. In more ways than one, the year came at us in ways we never even thought possible. One of the major hits we took from the year was against our financial security. For many of […] Read Full Story