Former Super Eagles captain and coach, Sunday Oliseh, says the emergence of Nigeria Football Federation President Amaju Pinnick as a member of the FIFA Council makes no difference for Nigeria.

Oliseh gave the explanation during an interview session on PUNCH Online programme, Kick & Follow on Friday.

According to him, Pinnick’s emergency is a good achievement for the NFF president, not Nigeria.


This is contrary to the earlier position of the NFF’s General Secretary, Sanusi Mohammed, who told NAN in an interview that “The victory of Pinnick is not only for him but for Nigeria and all Nigerians. With this also, Nigeria will have an edge over those countries that do not have representation.”

Pinnick was last Friday in Rabat, Morocco, elected into the FIFA Council which is a non-executive, supervisory and strategic body that sets the vision for FIFA and global football.

Reacting to a question on his expectation from the NFF boss over his emergence as a member of FIFA Council, Oliseh noted that FIFA has a structure that protects the interest of every country.

He said, “As an individual, I think it is great for President Amaju Pinnick that he has gotten that vote into the council. I think it is very good for him. But as a nation – Nigeria, it does not make any difference. I am a member of the FIFA Technical Committee for eight years.

“It is good for Pinnick, no doubt, I am happy for him, but for Nigeria, it doesn’t make any difference.

“For instance, I was on the technical committee for years. I was there when we played the Olympics in 2016, World Cup in 2014, but at the end of the day, did Nigeria get to the final? No.

“Look at it from another perspective, Sepp Blatter was the FIFA president for over 20 years, how many times did Switzerland qualify for the World Cup?”

YOU MAY ALSO LIKE: I’ve apologised to God, Nigerians for supporting Buhari in 2015 – Dino Melaye

FIFA Council is a combination of 37 men selected from across the world charged with the responsibility of FIFA governance in terms of structure, decision, policy formulation, and making sure that the policies are well implemented.

Pinnick, who is also a Member of the Organizing Committee for FIFA Competitions, swept aside incumbent Walter Nyamilandu by 43 votes to 8 at the elections held in Rabat, and is now only the third Nigerian to take a seat on world football’s highest decision-making organ after Orok Oyo and Dr Amos Adamu.

How Pinnick’s election into FIFA Council will benefit Nigeria -NFF

The Nigeria Football Federation said on Friday that the country stands to benefit from the election of its President, Amaju Pinnick, into the FIFA Council. NFF’s General Secretary, Sanusi Mohammed, noted that the victory was a great achievement for the country and its sports sector. According to him, Pinnick’s emergence will boost Nigeria’s chances of […] Read Full Story 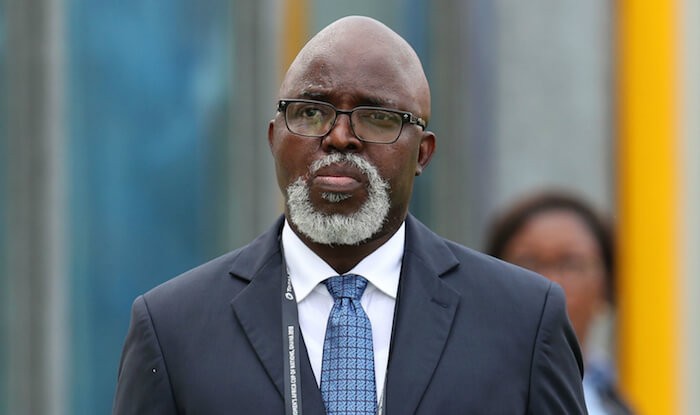 The former Delta State Commissioner for Sports, Solomon Ogba has sent out a congratulatory message to the President of the Nigeria Football Federation, Amaju Melvin Pinnick, who on Friday was elected into the FIFA Council – the highest decision-making organ in world football. Ogba described Pinnick’s victory as a very special one for all Nigerians; […] Read Full Story