The destruction of the world’s forests is progressing at a rapid rate. In the run-up to the International Day of Forests on March 21, 2021 and the United Nations Decade for the Restoration of Ecosystems 2021-2030, panelists from international organizations and civil society highlighted the threats linked to the problems of global deforestation. , the lack of effective regulation and the benefits of green urban infrastructure at an online press conference on March 18, convened by Cities4Forests and organized by the REVOLVE communications group (www.REVOLVE.media).

Forests cover about 30% of the world’s land area; they provide people and nature with essential ecosystem goods and services, but they continue to be reduced at alarming rates globally, in large part to fuel our consumption patterns. A 2015 study in the journal Nature found that 46% of trees have been felled (https://go.nature.com/2NupUyN) since humans started cutting down forests. Between 1990 and 2016, the world lost 1.3 million square kilometers of forest, according to the World Bank (https://bit.ly/3qYhIV2) – an area larger than South Africa. About eighty percent of this deforestation is linked to the expansion of agriculture, with land being cleared for grazing and cultivation. To explain and highlight global deforestation issues, REVOLVE, a Brussels-based communications agency, organized “Cities4Forests Day” on March 18 with two online events for journalists and the general public.

Stuart Reigeluth, founder of REVOLVE explains: “Forests contain around 60,000 different tree species, 80% of the world’s amphibian species, 75% of bird species and over 60% of mammalian species. They help stabilize the climate, regulate ecosystems, protect biodiversity, support livelihoods, and provide hundreds of medicinal plants. Yet we continue to destroy them – and don’t even call this destruction by name. We tend to call it “a loss”. ” The REVOLVE group is a founding partner of Cities4Forests, a global initiative of nearly 70 cities working on the interdependence between forests and cities. “As a communications group, our involvement and support for Cities4Forests is focused on raising awareness and engaging stakeholders; that’s why we invited journalists to learn more about forests, to realize their importance and destruction, and the growing need to tackle global deforestation issues ”, said Stuart Reigeluth. “We are very grateful to our panelists for accepting our invitation to brief the media.”

Forests are only one of the main categories of ecosystems that support life on earth. To address the challenges of destruction and the need to restore all categories of ecosystems – from farmland and freshwater to grasslands, shrubs and savannas, and more – the United Nations has declared the period 2021 -2030 as the “United Nations Decade for Ecosystem Restoration”. Cities4Forests is an official partner of the United Nations Decade and highlights the Great Green Wall, an initiative launched by the African Union in 2007; it aims to restore Africa’s degraded landscapes and promote sustainable land management and the restoration of dryland ecosystems in Africa. “This initiative will transform the lives of over 250 million people in the Sahel, the Sahara, the Horn of Africa and other drylands., explains Dr Elvis Paul N. Tangem (https://bit.ly/30SPj8v), his coordinator at the African Union. “When completed, the Wall will be the largest living structure on the planet – 8,000 km long and 17 km wide, spanning the entire continent. The Great Green Wall is currently being implemented in over 21 countries across Africa and over $ 100 billion has been mobilized and pledged for its support.

The “United Nations Decade for Ecosystem Restoration” will aim to prevent, stop and reverse the degradation of all ecosystems on all continents and in all oceans. It will be officially launched on June 5, 2021.

As an important ecosystem, forests provide people and nature with essential ecosystem services and goods at local, national, regional and global scales, including biodiversity conservation, climate change mitigation, protection of water, food and energy, timber and other raw materials for forest industries and bioeconomy value chains. They also contribute to the achievement of almost all of the Sustainable Development Goals (SDGs). However, they continue to be destroyed at alarming rates.

Ongoing research shows that much of the deforestation is human-caused and that an effective global policy response is needed to address the loss of the world’s forests. “The main problem is that there are currently too many uncoordinated regulatory processes that create trade-offs, conflicts, leakage effects and loopholes, resulting in complexity and largely ineffective responses to stop global deforestation. These public and private “International Forest Governance and Policy Arrangements” are not integrated with each other and they still do not effectively address the main drivers of deforestation such as forest-risk agricultural products. They have also let policies and market leakage effects undermine all regulatory efforts developed and implemented so far. As a result, they do little to tackle the underlying drivers and problems of deforestation ”, explains Dr Metodi Sotirov, deputy coordinator of the International Union of Forestry Research Institutes (IUFRO) and associate professor in forest and environmental policy at the University of Freiburg, Germany.

“So seriously coordinated and implemented in all exporting regions – mainly Brazil, Central Africa, South East Asia – as well as consuming regions Australia, Europe, Japan and North America, and, very importantly, “ middle ” regions such as China, Vietnam and a few others – deforestation issues could be dealt with effectively. This must apply to all supply chains in agriculture, forestry, bioenergy and mining. To work, these efforts – and an effective regulatory framework – must be global; the emergence of zero deforestation regulations in certain countries or regional blocks, such as in the European Union and in some of its member states, is a promising political choice. However, it may be insufficient if not scaled up and replicated globally or even counterproductive as it will divert the flow of forest-risk products to less regulated markets and will not be able to solve global problems. “, Explains Professor Sotirov.

READ  Nomcebo Zikode Blesses Herself With A Brand New Car

Nicole Polsterer, campaigner for sustainable consumption and production at the NGO Forêts et droits Fern supports the strong role and global leadership of the European Union: “Protecting the world’s declining forests is essential for the survival of humanity, as well as the planet. It is essential that the EU – as a major importer of agricultural products grown or raised on land that was once forest – takes action. It should do so by adopting strict regulations and complementary measures, ensuring that EU citizens are not complicit in deforestation through their consumption choices. “

Another topic of the online press conference was the need for green infrastructure, nature-based solutions and the global importance of forests in and around cities as well as globally, especially for the ever-growing number. of city dwellers. Tadashi Matsumoto, head of the sustainable urban development unit at the Organization for Economic Co-operation and Development (OECD), stressed the importance of seeking “ synergies ” between development and the environment, not of consider them as a “ compromise ”: “Investing in green urban infrastructure would bring remarkable health and wellness benefits, as well as a number of jobs, in addition to increasing climate resilience in cities. However, the available data is not always recognized by urban policy makers, and we should provide more evidence to support urban leaders in their decision making. National governments have a key role to play in integrating green policies into urban policy and in aligning policies at metropolitan and cross-sectoral scales for coherent and inclusive policies. A general message is that we must not miss the opportunity to “rebuild a greener return” presented by recovery from COVID-19.

As a global initiative, Cities4Forests addresses these challenges by focusing on four interrelated themes: biodiversity, health, water and climate, including topics such as urban resilience, climate mitigation and adaptation. climate change, green infrastructure and ecosystem restoration.

Humanity destroys its forests – and calls it a “loss” - NNN.

US $ 64 million to fight HIV, tuberculosis and malaria in Congo 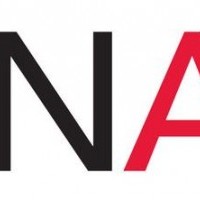 The Global Fund to Fight AIDS, Tuberculosis and Malaria, the Government of Congo and health partners announced two new grants worth more than US $ 64 million to strengthen prevention and control services. treatment in order to respond to HIV, tuberculosis and malaria and to build health systems in Congo. The two grants represent a 97% increase over the previous allocation against the three diseases and will be spent from 2021 to 2023. “UNAIDS looks forward to continuing to work closely with all its partners to accelerate the elimination of vertical transmission of HIV and pediatric AIDS in Congo and to improve access to HIV / TB programs, sexual and reproductive health and legal services for young women and adolescent girls and all groups at higher risk of contracting HIV, ”said Winnie Byanyima, Executive Director of UNAIDS. The HIV grant will significantly increase the number of people living with HIV […]

US $ 64 million to fight HIV, tuberculosis and malaria in Congo - NNN.

EU member states on Monday approved sanctions to be slapped on four senior Russian justice and law enforcement officials involved in the detention of Kremlin critic Alexei Navalny. Diplomatic sources told AFP the names would be published in the bloc’s official journal on Tuesday, after envoys from member states approved the list of targets … END_OF_DOCUMENT_TOKEN_TO_BE_REPLACED Read Full Story

CAF President Motsepe: AFCON Will Be kept Every Two Years

CAF president Patrice Motsepe says the Africa Cup of Nations will be staged every two years. Motsepe met the press onTuesday in Johannesburg, South Africa for a first speech in his native country since his election. Aware of the imperatives and urgenc... Read Full Story