Residents and motorists along Oshodi Apapa Expressway have continued to languish in pain as activities of trucks and tanker drivers paralysed traffic movement along the axis despite introduction of electronic Call Up System in the port operation.

Meanwhile, an official of the traffic management enforcement team of the Lagos State who preferred anonymity, blamed the current gridlock to lack of coordination on the part of Nigerian Port Authority and Officials of the Nigerian Union of Petroleum and Natural Gas Workers, NUPENG on operation of the e-call up system.

According to the source who spoke to Vanguard, “We have some challenges in controlling traffic particularly at Oshodi-Apapa Expressway axis presently..

“The reasons are not far fetched. Firstly, we are handling the case in phases. We are presently dealing with issue of gridlock from Ijora- Area B axis into the NPA.

“We can’t be in both places at the same time. We are moving into Oshodi- Apapa any moment from now. Alsontge issue of uncompleted road construction work is also impending traffic in the axis.

“Secondly, the contractor, HITECH, handling road construction has assured us to fast track completion of the work which we expected them to deliver in the next two weeks to alleviate traffic movement on the axis.

“Thirdly, you will notice that majority of trucks along Oshodi- Apapa Expressway are tankers because they were originally not in the e-call up system arrangement.

“What we are currently doing is to harmonise the tanker operations into the current arrangement. We have concluded plans to engage them on the need to key into the present arrangement before we begin enforcement proper of impounding their vehicles.”

See also  Apapa: Has the call-up system collapsed so soon?

Meanwhile, a stakeholders’ meeting will be held today, Thursday, by Apapa property owners and residents to chart the way forward in addressing the current gridlock despite introduction of e- call up system.

The meeting which is scheduled to take place at a popular hotel (Name-withheld) in Apapa, is expected to make far reaching decisions to be binding on stakeholders.

Recall that trucks had on Monday, stormed Oshodi-Apapa Expressway and Ijora- Apapa highways following report of collapsed Electronic-Call up system machine, resulting in total gridlock as residents and motorists were stranded for several hours on the road.

The situation was worsened as traffic law enforcement agents abandoned traffic control to miscreants and officials of port unions. No official of the newly created Lagos State Special Traffic Management Enforcement Team could be seen at the gridlock points.

NPA had commenced the new electronic- Call Up System into the administration of port operations from February 27, 2021, as part of measures to ensure free flow of traffic in Apapa access port areas and environs

Head of the Lagos State Special Traffic Management Enforcement Team, the Special Adviser to the Governor on Transportation, Oluwatoyin Fayinka, had also blamed the development on communication breakdown, even as the team uncovered scandal involving counterfeiting of call up tickets, tagged; “Eto” by truck drivers and owners to beat security agent put on ground manage traffic.

However, with this development there seems to be no end in sight over Apapa gridlock on the shortest possible time.. 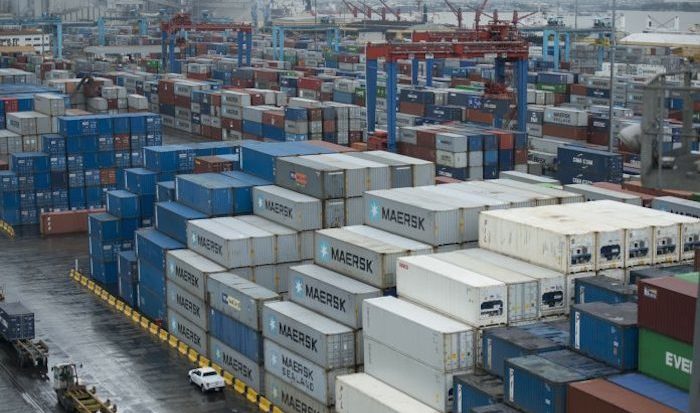 A mobile app, as simple as it appears, could in a few weeks mark the end of persistent traffic gridlocks in Apapa that cost businesses multibillion naira losses, exposing truck drivers to extortions, and the inflation passed to the average consumer in making up for the high cost of haulage. Its success, though, subject to […] Read Full Story

As local pre-paid meters producers in Lagos kicks off operation end of February By Olasunkanmi Akoni The contractor handling the over $1.6 billion Lagos-Ibadan railway project has completed been fully connected to the Apapa port in Lagos awaiting inauguration by President Muhammadu Buhari. The contractor, China Civil Engineering Construction Corporation, CCECC, disclosed in a statement
Read More

Mr Owolabi Adele, the Executive Chairman, Apapa Local Government Council, has appealed to the Federal Government to expedite action toward the completion of the ongoing rail line for proper haulage system.