Plans by European football’s governing body UEFA to ensure fans can attend all fixtures at this year’s delayed pan-continental Euros has sparked fury in Germany, where Munich will host matches.

Held over from 2020 due to the coronavirus pandemic, the European championships are due to be held in 12 different countries from June 11-July 11, with London’s Wembley hosting the semis and final.

Yet UEFA has warned it could change the venues if a host city insists on holding a match behind closed doors.

“If a city proposes a ‘no fans’ scenario” the matches due to be held there “could” be switched “to cities able to welcome supporters”, UEFA told AFP on Wednesday.

The federation’s president, Aleksander Ceferin, assured Croatian newspaper Sportske Novosti on Sunday that the finals would not be “staged in front of empty stands”.

“Every host most guarantee the presence of fans”, he said.

See also  Germany coach Loew to step down after Euro 2020

[ALSO READ] Ahead of £200m fight with Fury: Mayweather to train Joshua

However, Dagmar Freitag, chair of the German parliament’s sports committee, slammed UEFA’s stance given the high levels of Covid-19 across Europe.

“UEFA’s requirement is ignorant and irresponsible in view of the pandemic-related challenges that the 12 host countries still have to face,” Freitag told AFP subsidiary SID.

– ‘Football’s parallel world’ –
“It only documents, once again, how far the parallel world of football has distanced itself from the current reality of life in our societies.”

If countries are unable to ease coronavirus restrictions to allow fans into stadiums, the tournament could be reduced to “10 or 11 countries”, Ceferin indicated.

Host cities have until April 7 to let UEFA know what their scenarios are in terms of attendance ahead of an executive committee meeting on April 19, on the eve of the federation’s annual congress in Montreux.

The Allianz Arena, home of Bayern Munich, is due to host Germany’s group games against France, Portugal and Hungary plus a quarter-final.

Fans have not been permitted to watch games at the 75,000-capacity stadium since March 8 2020.

Dieter Reiter, the Mayor of Munich, said it is impossible to predict if levels of Covid-19 in June could allow fans back into the stadium.

“At this point in time, it is simply not possible to make a statement as to whether or not the situation will allow spectators in June,” Reiter said Wednesday.

“What is clear, however, is that events of this kind with spectators are not permitted under the current regulations,” Reiter added.

According to SID, Ceferin’s comments led to the organisers in Munich calling an emergency meeting Wednesday.

“Especially in these times, I would like to see those responsible at UEFA seek a direct exchange with the host cities in order to work out a solution together,” he added.

However, UEFA says the multi-venue format, whilst complex, gives organisers flexibility to deal with issues arising from the pandemic.

“If we can no longer do anything in one country there are still 11 others where preparations are already in progress,” UEFA’s health advisor Daniel Koch told AFP at the start of the month.

The post Reactions trail UEFA’s move to have fans at every Euro 2020 match appeared first on Vanguard News. 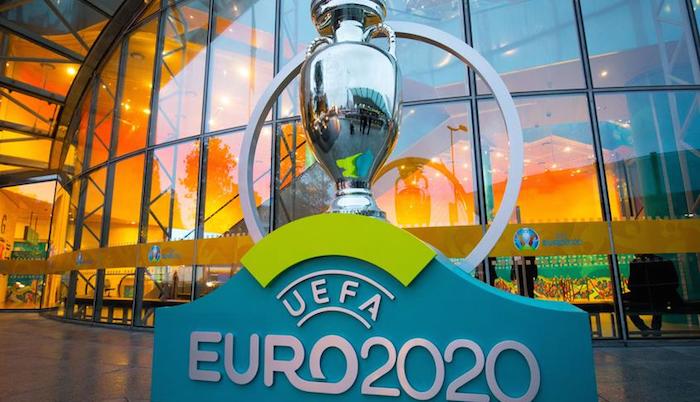 The UK government has described as speculations that UEFA is considering staging the rescheduled Euro 2020 tournament solely in England. The competition was postponed last year as a result of the coronavirus pandemic but is due to begin on June 11. For the first time, the tournament is set to be played in 12 cities […] Read Full Story

Germany coach Loew to step down after Euro 2020

Germany’s World Cup-winning head coach Joachim Loew will step down after the European championships this July, the German FA said on Tuesday. Loew will step down with a year left on his contract having signed up until the 2022 World Cup finals in Qatar. In a statement, Loew said he was “full of pride and enormous gratitude” […] Read Full Story

Johnson told The Sun that his government’s ambitions went further in a joint United Kingdom and Ireland candidacy to host the 2030 World Cup. The Euros are set to be played in 12 cities across the continent from June 11, after being postponed last year as a result of the coronavirus pandemic. The tabloid … END_OF_DOCUMENT_TOKEN_TO_BE_REPLACED Read Full Story