World Rugby’s announcement on Tuesday of a world women’s season was greeted with great enthusiasm by the Springbok Women at their Stellenbosch base, where the training squad was increased to 40 players as their preparations shifted to top gear.

And with local interprovincial competition set to return to the calendar this year, after falling last year due to the COVID-19 pandemic, Springbok’s female coach Stanley Raubenheimer had reason to smile, especially with the new World Rugby 2023 world schedule set to super load the women’s game.

The world season, which is expected to feature three competitions – WXV1, WVX2 and WXV3 – was launched with the aim of increasing opportunities for competition, publicity and fan engagement, while simultaneously increasing the competitiveness of women’s football.

Springbok Women could be in line to qualify for WVX2 as one of the best teams in Oceana, Asia and Africa, or WXV3 as the winner of a play-off between an African team. and South American.

“It’s one thing to train and another thing to play, and obviously the more games you play the better you can become at your profession,” said Raubenheimer.

“We have seen with our other women’s national teams such as Proteas cricket and netball teams, as well as Banyana Banyana (SA women’s football team) that the more they play, the more they improve.”

Raubenheimer praised the Protea Women for taking an unassailable three-to-one lead in the five-game one-day international series against India on Sunday.

“We would like to congratulate the Proteas on their series victory in India,” said Raubenheimer.

“They have shown great progress in recent years and besides being very proud of their performances, they have come to show once again that with regular competition the sky is the limit which is another reason for which we are really looking forward to World Rugby. new plans. “

Raubenheimer also welcomed 16 other players to Springbok women’s training camp in Stellenbosch. A 24-player squad gathered at the Stellenbosch Academy of Sport in early January, and the squad was increased to 40 players last weekend.

Much to Raubenheimer’s delight, the players immediately got down to work on the pitch Monday and Tuesday, and with the SA interprovincial women’s rugby competition set to take place in the coming months, the coach was delighted to ” step up contact training.

“The goals for us at this point are to assess new players from a conditioning point of view, to get a bit of game practice and to see how the whole squad gel,” said Raubenheimer.

“The playing time will be in the form of contact sessions on Wednesday (March 17), Monday (March 22) and Friday (March 26), which are important since the players have not played for almost a year and a half. now.

“Obviously we expect a bit of rust, but it will be good to work in contact and continuity, as well as to implement some of the things that we have worked on in training.

READ  Coronavirus: Côte d’Ivoire becomes the second African country and the first French-speaking country to receive doses of vaccine via the COVAX Facility

“It will also allow us to reintroduce female players into rugby, and we hope that will put them in good stead for the Women’s Premier League and Division One.

Additional Members of the Springbok Women’s Team (in alphabetical order):

More woes for Nigeria as diaspora remittances drop 12% in 2020 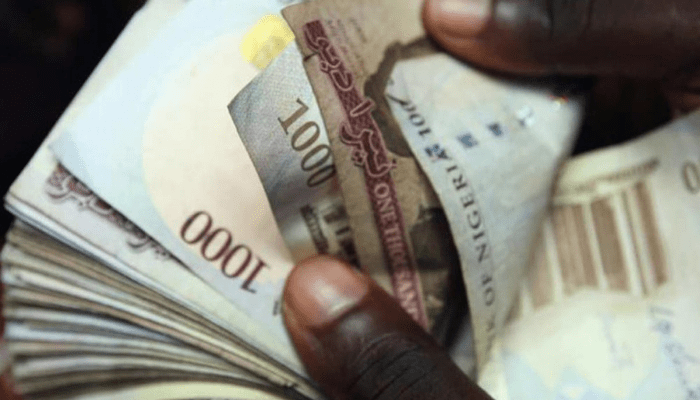 International flows of migrant remittances to Nigeria, a significant source of economic support for Africa’s most populous country, suffered a 12.18 percent decline in 2020 amid the impact of the COVID-19 pandemic. From the $23.8 billion reported in 2019, diaspora remittances into Nigeria dropped by $2.9 billion to $20.9 billion last year, according to data […] Read Full Story

The 19 Northern States Governors have agreed to take the first doses of the COVID-19 vaccine when they arrive in the country. Chairman of the forum and Governor of Plateau...

President Uhuru Kenyatta led the Kenyan nation Monday afternoon by bidding farewell to Garissa Senator Yusuf Haji, whose body was interred at the Langata Muslim Cemetery in Nairobi County. Speaking at the burial ceremony also attended by Vice President Dr. William Ruto and former Prime Minister Raila Odinga, the President praised Senator Haji as an outstanding leader who served the country with commitment throughout his life. “I am here to convey my personal message of condolence to Mzee Haji’s family, relatives and friends. “The death of Mzee Haji is a great loss not only for her family, who have lost a father, a brother and a husband, but also for the entire nation, who have lost a courageous leader, a leader who stood up for fairness and justice for all the people of Kenya, “said the president. The Head of State said he had received messages of condolence from the […]