Hundreds of angry Yemenis stormed the presidential palace in Aden on Tuesday protesting poor living conditions in the war-torn country but were eventually pushed back peacefully, an AFP correspondent said.

Protesters, including retired military and security officers, marched in the southern port city, the de facto capital where the internationally-recognized government is based.

“Revolution, revolution in the south,” they shouted.

Palace guards shot into the air but protesters continued to march in.

The crowd remained in the building for over an hour before dispersing.

A government official told AFP that Yemeni and Saudi forces escorted to safety members of the cabinet, including Prime Minister Maeen Abdulmalik Saeed, to the military intelligence building on the palace grounds.

Protesters told AFP that they were angry over a lack of services and a delay in the payment of salaries.

Some carried flags of the southern separatist movement.

Yemen’s government was formed in December under a Riyadh-sponsored power-sharing agreement between ministers loyal to President Abedrabbo Mansour Hadi and supporters of the secessionist Southern Transitional Council.

Both are technically fighting the Iran-backed Huthi rebels, who control the capital Sanaa in the north.

But the STC has sought to restore South Yemen’s independence from the north. The two sides unified in 1990.

Aden residents claim the new government has not done anything to remedy price inflation or repeated power cuts.

READ  Covid variants and vaccine resistance: all you need to know

Yemen has been embroiled in a civil war between the government — backed by a Saudi-led military coalition — and the Huthi rebels since 2014, pushing the country to the brink of famine.

Tens of thousands of people, mostly civilians, have been killed and millions displaced in the conflict, which has crippled the economy and healthcare system.

US return to the world stage presents huge opportunity for Britain

Analysis: From Yemen and the Middle East, to Russia and China, the UK has to step up diplomaticallyJoe Biden’s promise that the US is back on the world stage as an advocate of multilateralism holds huge opportunities for the UK so long as it steps up a... Read Full Story 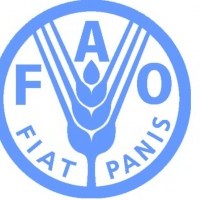 Tory former defence minister, Labour and charities call for rethink over Yemen conflictBritain is under increasing pressure to restrict arms sales to Saudi Arabia after Joe Biden said the US would no longer sell munitions that could be used in Riyadh’s... Read Full Story