Power couple, Beyoncé and Jay-Z showed up in style for the 63rd Grammy Awards on Sunday night, March 14.  The pair rocked all-black ensembles to the event which took place at the Staples Center in Los Angeles, California. Beyonce put on a busty display in a black leather Schiaparelli off-the-shoulder minidress, as she made a surprise appearance with husband Jay-Z at the 63rd Grammy Awards, where she became the most awarded singer and female artist. 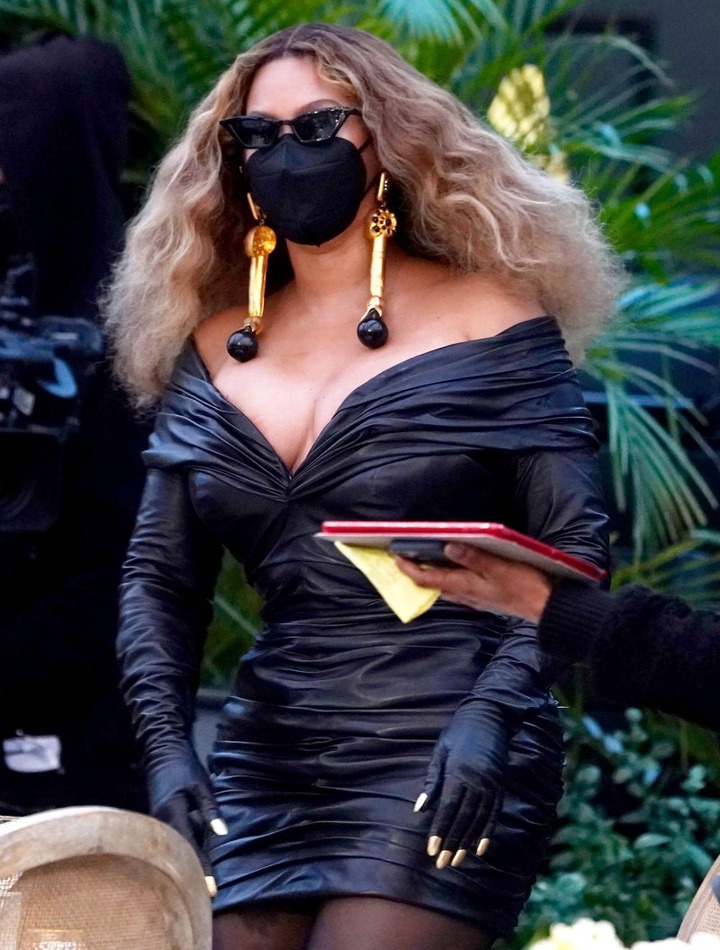 The 39-year-old mother of three complemented the look with long black leather gloves, featuring metallic gold nails. She also showed off her hot legs in black pantyhose, as she finished the ensemble with a pair of ornate black and gold earrings. Beyoncé picked up four honors, including best R&B performance for “Black Parade,” best music video for “Brown Skin Girl” as well as best rap performance, and best rap song for “Savage,” with Megan Thee Stallion, making her the most decorated female artist ever at the Grammys.  The 28-time Grammy award winner said that she was “so honored” and “so excited” when accepting her history-making award.  “As an artist, I believe it’s my job and all of our jobs to reflect the times so I wanted to uplift, encourage and celebrate all the beautiful Black queens and kings that continue to inspire me and inspire the whole world,” she said. She also thanked her three children and congratulated her eldest, Blue Ivy Carter, for her very first Grammy win at age nine for “Brown Skin Girl.” See full photos below. 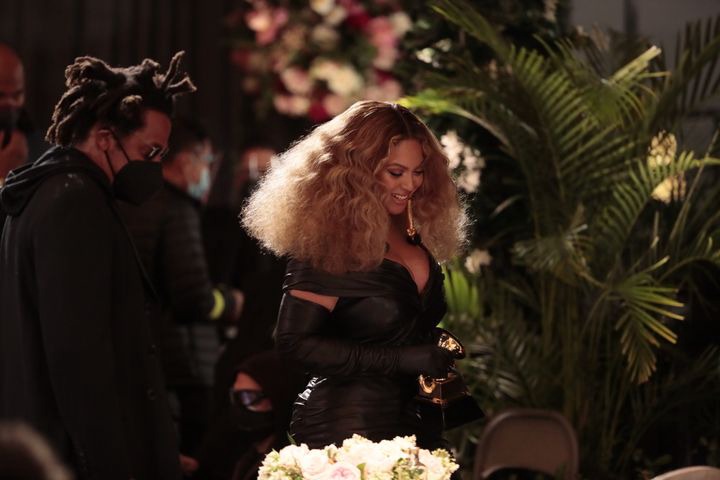 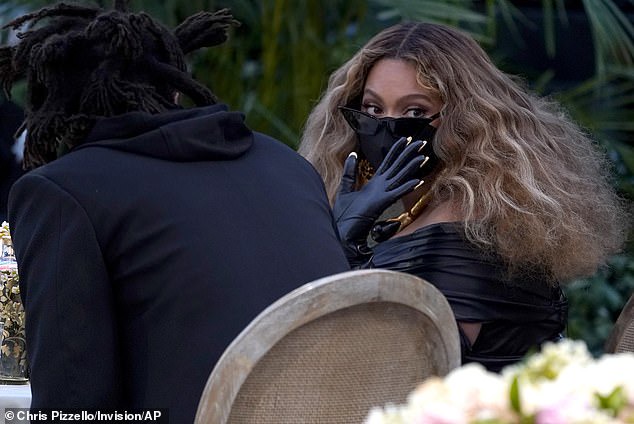 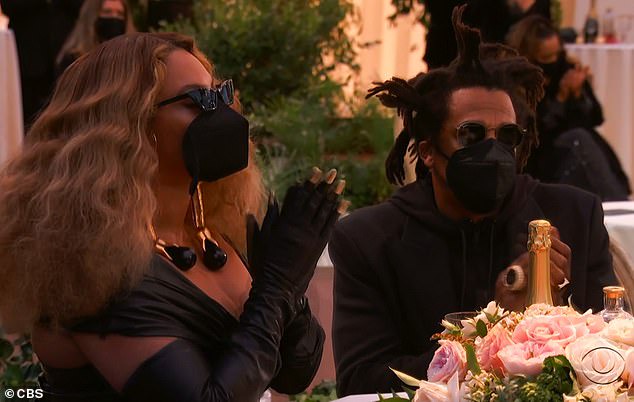 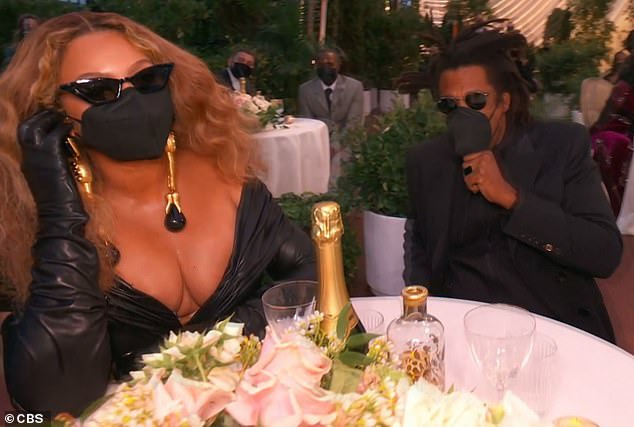 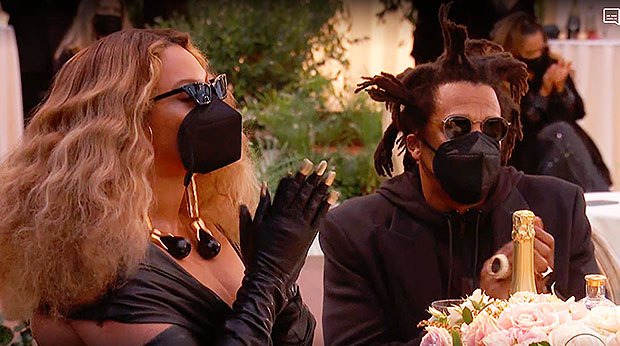 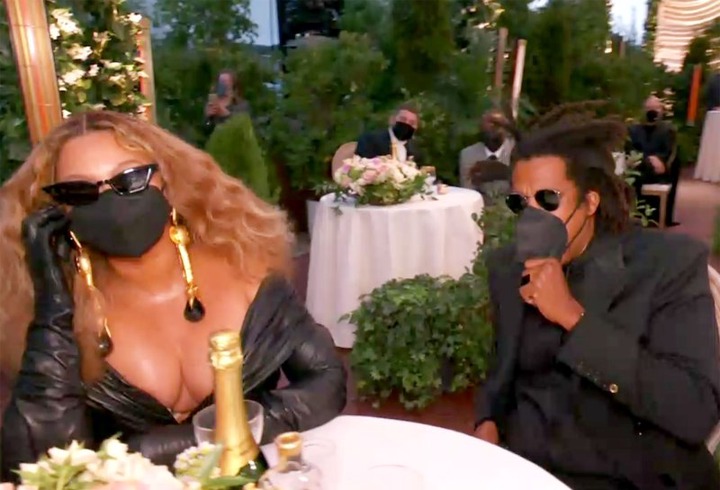 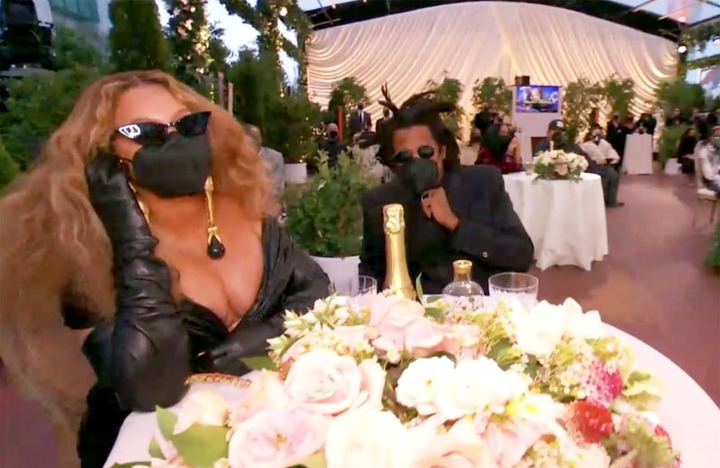 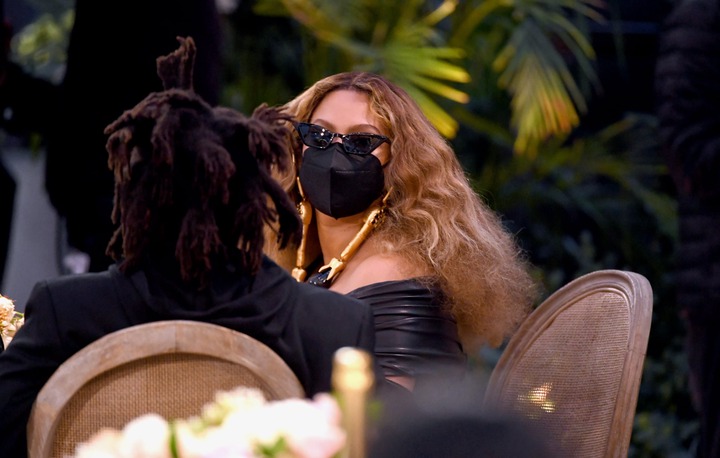 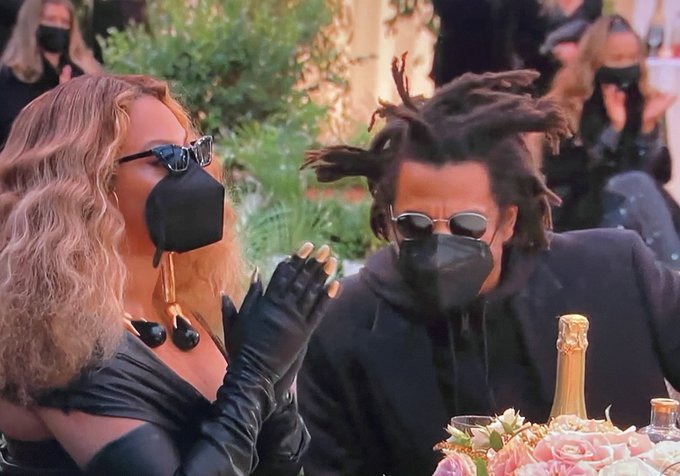 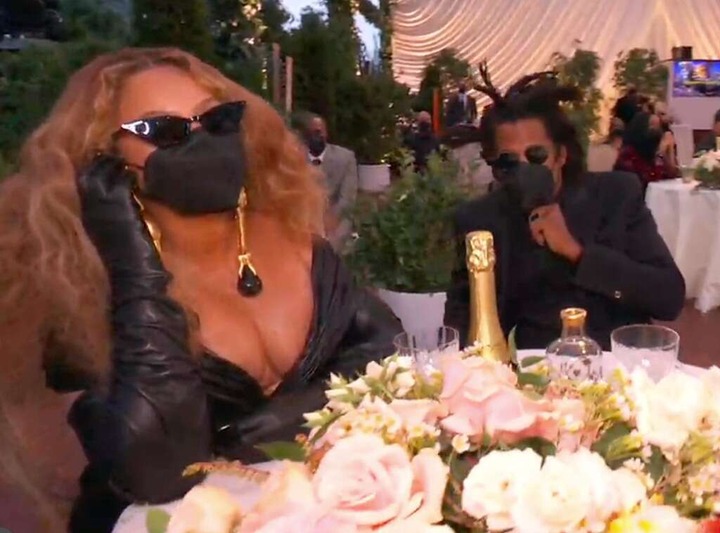 The post Here's how Beyonce and Jay-Z showed up for the 63rd Grammy Awards (photos) appeared first on Linda Ikeji Blog.