When Israel this month holds its fourth election in less than two years, Prime Minister Benjamin Netanyahu will hope goodwill from a world-beating Covid vaccination campaign can finally secure him an elusive majority government.

The last time Israelis went to the polls just a year ago, they delivered a result that had already become familiar: neither the right-wing Netanyahu nor his centrist challenger Benny Gantz had enough support for a parliamentary majority.

The world, and Israeli politics, have since been upended by the pandemic. Just weeks after the last election, Israel entered the first of three coronavirus lockdowns.

But their coalition, which had been set to last three years, collapsed in December when Netanyahu’s refusal to approve a 2021 budget forced new elections, to be held on March 23.

Netanyahu, a wily political veteran, is now hoping he can sneak over the line thanks to the inoculation drive.

The 71-year-old also hopes for a boost from having clinched historic normalisation deals with four Arab states — the United Arab Emirates, Bahrain, Morocco and Sudan — agreements he claims mark a new era in the Middle East.

But despite Netanyahu’s apparent successes, polls point to another indecisive result, with the premier so far lacking a clear path to form a government.

Israel, a country of about nine million people, has given the two recommended jabs of the Pfizer/BioNTech coronavirus vaccine to around four million residents, an inoculation pace envied by many nations.

Netanyahu has been happy to take the credit for boldly reaching out early to drug-makers with approved vaccines.

“Do you know how many presidents and prime ministers call Pfizer and Moderna? They don’t answer. But when it’s me, they take the call,” he said days ago.

“I convinced them that Israel would be a model country to roll out the vaccine: who else will do that? Definitely not (Yair) Lapid, (Naftali) Bennett and Gideon (Saar),” he proclaimed, referring to his main election challengers.

Israel secured a large vaccine stock from Pfizer because its highly digitised medical system enabled it to offer the company fast, precious data on the product’s impact.

Netanyahu has repeatedly visited vaccination centres and adopted the phrase “Vaccine Nation”, a play on the “Start-up Nation” tag Israel acquired because of its burgeoning high-tech sector.

But some voters also blame Netanyahu for the painful lockdowns.

His political allies, ultra-Orthodox Jews, have flouted restrictions — often with a muted police response — fuelling transmission while many other citizens were following the rules.

As the vaccine edges Israel out of the pandemic, its political landscape is shifting.

Gantz’s supporters punished him for entering a Netanyahu-led government and his fractured Blue and White party may not even get enough votes to qualify for parliament.

And a former prominent member of Netanyahu’s Likud, Gideon Saar, has formed his own party to run against the premier.

Seeking to make up any lost ground, Netanyahu has tried to appeal to Arab voters, despite having disparaged them in past campaigns and backing a 2018 law that downgraded Arabic’s status as an official language.

For all that has changed since the last election, a single question for voters has again dominated this year’s campaign: are you for Netanyahu or against him?

The electorate is “divided between those who want Netanyahu to continue to another term in office and those who hope to see him finally head home”, the head of the Israel Democracy Institute think-tank, Yohanan Plesner, told AFP.

Seeking to shore up his right-wing support in the campaign’s final days, Netanyahu on Sunday visited Kfar Etzion, a Jewish settlement in the occupied West Bank.

Settlers, who live in communities widely regarded as illegal under international law, are also being courted by Netanyahu’s right-wing rivals, Saar and Bennett.

Netanyahu recalled visiting Kfar Etzion in its early days, some 50 years ago, and lauded the “wonderful pioneering activity” of his audience.

He warned voters that straying from Likud would be a “terrible mistake” that could produce a left-wing government.

“Vote Likud,” he told them. “We will create a strong, stable, right wing government.” 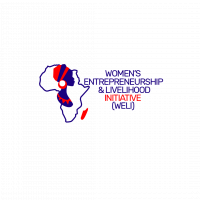 The Africa Skills Hub (www.AfricaSkillsHub.com), a youth employment organization and business incubator in Ghana, will partner with Canada World Youth – Canada World Youth (JCM-JCM) with the support of ‘Global Affairs Canada (GAC) to implement Women’s Entrepreneurship and Livelihoods Initiative (WELI) (www.AfricaSkillsHub.com/weli). The project addresses the challenges resulting from the COVID-19 pandemic through an innovative, youth-centered and gender-sensitive economic empowerment approach. “COVID 19 has threatened the survival of many women’s businesses, there is still a lot of hope to build back better. There is a recovery ahead, and while Covid may have disrupted so much, it has also provided huge alternative opportunities to branch out and do gender responsive programming in a new way ” said Daniel Antwi, executive director of Africa Skills Hub. Africa Skills Hub officially launched various activities in Ghana and Senegal. In Ghana, the project is taking place in two (2) peri-urban councils in the district […]

China is willing to cooperate with the International Olympic Committee (IOC) to provide vaccines to athletes preparing to participate in the Olympic Games, a foreign ministry spokesperson said on Friday. Spokesperson Zhao Lijian said this at a press briefing in response to a question on the Chinese COVID-19 vaccines and international cooperation on vaccines. According to media reports, Thomas Bach, the IOC president, said that the IOC has received a kind offer from the Chinese Olympic Committee to make vaccine doses available for participants in this year’s Tokyo Olympics and Beijing Winter Games in 2022. Preliminary data from a study in Brazil shows that Chinese vaccines could effectively fight the P1 variant of the coronavirus first discovered in Brazil. The Mongolian Deputy Prime Minister Sainbuyan Amarsaikhan spoke highly of the efficacy of Chinese vaccine on social media after receiving his first shots of a COVID-19 vaccine donated by China. “From […]

China to cooperate with IOC on COVID-19 vaccines provision for Athletes - NNN.

By Harrison Arubu UN Secretary-General Antonio Guterres on Thursday renewed his call for a global vaccination campaign as the coronavirus pandemic (COVID-19) reached one year. In a statement, Guterres said fairness in vaccine distribution was the “greatest moral test of our time.” It was on March 11, 2020 that the World Health Organization (WHO) declared the coronavirus a pandemic, reports the NAN. Noting that the world had been facing a “tsunami of suffering” since then, Guterres said there was “some light at the end of the tunnel” with the rollout of the vaccine. “COVAX, the global vaccine equity mechanism, has started to be distributed around the world, including some of the low-income countries. “Yet I am deeply concerned that many low-income countries have yet to receive a single dose, while richer countries are on track to vaccinate their entire populations. “We see many examples of nationalism and vaccine hoarding in […]