Nigeria raises petrol prices to N212 per litre
It came as a shock to many Nigerians who woke up to the news that petrol prices increased, especially after the Federal Government assured Nigerians less than two ago that there would be no hike in fuel prices. The Federal Government of Nigeria through the Petroleum Products Pricing Regulatory Agency (PPPRA) has increased the pump price of petrol to N212.61 a litre. The announcement comes amid a partial scarcity of fuel that has lingered for weeks. With inflation at a 3-year high and poverty deepening in the country as a result of the pandemic, Nigerians are in for hard times.

African payments company Flutterwave now valued at $1 billion
It was a big win for Flutterwave and Africa after it raised $170 million from investors to expand its customer base, pushing its valuation up to more than $1 billion. The company was founded in 2016 by Nigerians and specialises in individual and consumer transfers. It is one of several fintech groups aiming to facilitate and capitalise on a booming African payments market driven by increased mobile phone use and faster internet speeds. Flutterwave’s CEO and co-founder Olugbenga Agboola announced that they are considering the possibility of listing in New York or a possible dual listing in New York and Nigeria.

AFDB named world’s best multilateral financial institution
A Prestigious U.S. magazine, Global Finance, specializing in financial markets and investment banking, named the African Development Bank as the “Best Multilateral Financial Institution in the world for 2021.” The award is a global recognition for the path-breaking efforts of the African Development Bank as it transforms itself into a solutions bank for Africa, through a combination of its operations, knowledge services and investment positioning, which continue to help accelerate Africa’s development. The award is an affirmation of the success of the operational strategy being pursued by the African Development Bank under the leadership of Akinwumi A. Adesina, who was unanimously re-elected to a second consecutive five-year term as President of the institution last year.

Bulk of young Nigerians shut out of N75bn youth investment fund
The Federal Government announced a N75bn youth investment fund in 2020 to create and boost the Nigerian economy, through the youths access to finance. However, bulk of young Nigerians eligible to apply for a loan from the N75-billion Nigeria Youth Investment Fund are stuck on the waiting list in what may scupper the government’s efforts to create badly needed jobs in Africa’s most populous nation. Since it was set up in October 2020, of the 3 million youths that applied only 395 youth had benefited from the Fund, which aims to financially empower Nigerian youth to generate at least 500,000 jobs between 2020 and 2023, as of January, according to the government.

See also  #BNWeekInReview: A Recap of the Must Read Stories on BellaNaija This Week

Banks begin Implementation of CBN Naira for dollar scheme
Nigerian banks have commenced implementation of the Central Bank of Nigeria (CBN)’s new policy on Diaspora remittances, tagged ‘Naira 4 Dollar’ scheme, which offers N5 for every Dollar received into domiciliary accounts or as cash over the counter. The move is an incentive introduced by the regulator to boost inflows of Diaspora remittances into the country. Following the CBN’s announcement, Ecobank Nigeria issued a statement to its customers on the commencement of N5 payment to every dollar received. Guaranty Trust Bank (GTB) and Fidelity banks have also announced to their costumers that they have begun implementing this scheme.

Apple appoints Teju Ajani as Managing Director for Nigeria
Teju Ajani has been appointed as the Managing director for Nigeria by Apple. Ajani is a seasoned global Business leader with over 20 years of technology leadership delivered to Fortune 100 technology companies across North America, Europe, and Sub-Saharan Africa. She was earlier Google’s Nigeria head for Android, a role she occupied since April 2018. She has also held various leadership positions in YouTube as Head of Content Partnerships in sub-Saharan Africa, and Oracle as Principal Product Manager. Ajani has a record of representing global tech giants not only in Nigeria but also on the continent. If anything, she brings to the table over two decades of experience as a software engineer.

JAN Taught Me How To Run A Business – Flutterwave Co-Founder

﻿   Flutterwave Co-founder Iyin Aboyeji on Tuesday said his attendance at a youth entrepreneurship boot-camp in 2005 greatly shaped his ability to build successful companies. Aboyeji, regarded as one of Nigeria’s most successful young entrepreneurs, co-founded educational startup Andela before working on Flutterwave which recently achieved a $1 billion valuation. He is currently the … END_OF_DOCUMENT_TOKEN_TO_BE_REPLACED Read Full Story

With a goal to “unite Africa through payments and unlock doors of opportunities for the over 500 million young people in this beautiful continent,” Flutterwave has raised a Series C round of $170m, led by New York-based private investment firm Avenir Growth Capital and U.S. hedge fund and investment firm Tiger Global, to upgrade its […]

The post Flutterwave has Raised a Series C Round of $170m & Everyone is Talking About It appeared first on BellaNaija - Showcasing Africa to the world. Read today!. 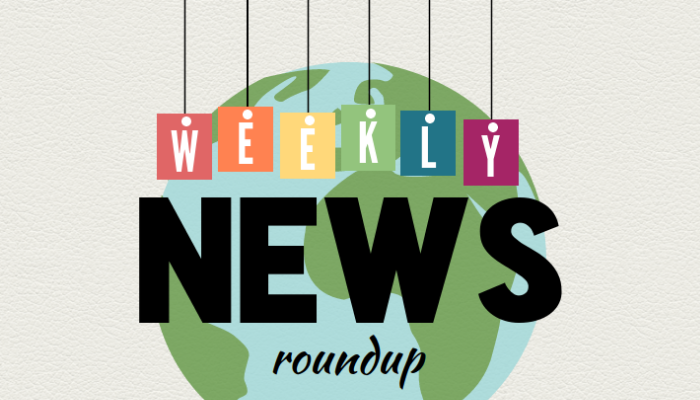