President Muhammadu Buhari has congratulated the President of the Nigeria Football Federation (NFF), Amaju Pinnick, on his election into the FIFA Executive Council.

In a statement on Friday by his Special Adviser on Media and Publicity, Femi Adesina, the President celebrated Pinnick’s election into the executive council of the highest decision-making organ in world football.

He believes that by dint of hard work, dedication, and consistency, Pinnick has proven to be an efficient football administrator.

The President added that the world has taken notice of his competency skills by electing him into the FIFA Council and as one of the Vice Presidents of the Confederation of African Football (CAF).

He noted that this feat of enhanced visibility and prestige of Nigeria in the international community came on the heels of recent elections of other well-qualified and endowed Nigerians into strategic leadership positions in international organisations.

President Buhari, however, advised the NFF president to see his new assignment as an opportunity to enhance Nigeria’s reputation and identity as a football-loving country.

He also asked him to optimally utilise the role of sports, through football, as a driving force to engender development, peace, and stability at the regional and international levels.

As an active supporter of the round leather game, the President joined other enthusiastic fans in Nigeria and across the continent in wishing the NFF president the best in his new position.

Pinnick, 50, was elected as a member of the FIFA Council during the 43rd CAF Ordinary General Assembly, which was held in Rabat, the Moroccan capital on Friday.

See also  Champions League Spot!! Top Four Finish Is Not Sure For Liverpool This Season – DO YOU AGREE?

He beat Walter Nyamilandu of Malawi to the position. He is the third Nigerian to be elected into the FIFA council.

Late Etubom Orok Oyo and Amos Adamu were the other two Nigerians to have occupied the position.

The former Delta Football Association (DFA) Chairman was also elected as the fifth vice-president of CAF.

#BNWeekInReview: A Recap of the Top Stories this Week

Hello BellaNaijarians! It’s been a fabulous week and a lot has definitely gone down. In the midst of the everyday hustle and bustle, you may have missed a thing or two and are wondering how to catch up on everything that has happened. With this in view, we present to you #BNWeekInReview: A Recap of […]

The post #BNWeekInReview: A Recap of the Top Stories this Week appeared first on BellaNaija - Showcasing Africa to the world. Read today!.

I look forward to working with you, Infantino tells Pinnick on FIFA election 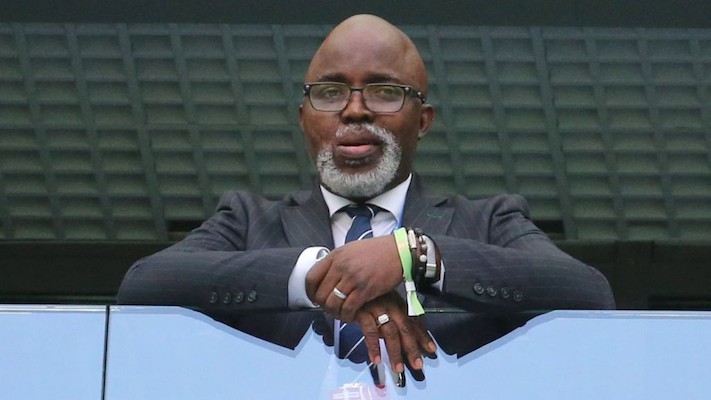 The Federal Government of Nigeria has handed the President of Nigeria Football Federation (NFF), Amaju Melvin Pinnick backing in his quest to win a seat on the FIFA Council – the highest decision-making organ in world football – at next week’s Confederation of African Football (CAF) elections in Rabat, Morocco. At a press conference addressed […] Read Full Story