Cycling is no longer just a hobby to improve physical fitness, but is gaining increasing importance as a sustainable and environmentally friendly means of transportation, as bicycles are today one of the most important means of individual transportation.

This method attracts many Dubai residents and visitors, and the bicycle path network enhances the tourist and economic position of the Emirate of Dubai, as it passes through the main tourist and commercial attractions in the emirate and is linked to various public transport stations used by tourists.

Within its vision global leadership in easy and sustainable mobility the Dubai Roads and Transport Authority seeks to place Dubai among the best cities in the world in the field of transportation, roads and transportation and to facilitate related services, including bicycle paths, which are part of the technical plans of the Roads and Transport Authority that are in line with The directives of His Highness Sheikh Hamdan bin Mohammed bin Rashid Al Maktoum, Crown Prince of Dubai and Chairman of the Executive Council, to make bicycles a way of life in Dubai by transforming Dubai into a city for bicycles.

The bicycle paths are designated for cycling, whether for training, recreation or transportation, and the paths also vary in proportion to the location of the path and the nature of use .. There are separate paths dedicated to the use of bicycles such as the Meydan and Al Qudra track, and there are also common paths that are implemented according to specific standards and according to international best practices, whether With pedestrians, electric scooters, or vehicles and all bicycle paths and the way to drive on them are subject to laws and regulations that control their use.

Hussein Al-Banna, Executive Director of the Traffic Department at the Traffic and Roads Corporation at the Roads and Transport Authority in Dubai, told Emirates News Agency, WAM, that the authority had implemented 463 kilometers of bicycle paths by the end of 2020 that included many vital areas such as Saih al-Salam, Bab al-Shams and Qan Dubai Water, Jumeirah, Marina, Al Sufouh and Mushrif, in addition to the recently completed projects in Al Khawaneej, Al Warqaa, and the shared paths in Al Qusais, Al Karama and Al Mankhool.

At the beginning of the year 2020, the authority launched shared bicycle services in cooperation with major companies specialized in the field of sustainable mobility. 78 stations and 780 bicycles were provided for rental and shared use in a number of vital sites in the emirate. The daily average of shared bicycle trips is about 2000 trips. Users About 58 thousand users have completed more than 860 thousand trips since the launch of the service so far.

Al-Banna pointed out that the Emirate of Dubai has made a quantum leap in the field of individual mobility systems in general and cycling in particular. 1.36%, through its development plans for the bicycle system, the authority seeks to raise the percentage to 3% in 2025 as one of its strategic goals in the coming years, which places Dubai among the major and advanced global cities such as Paris, London, Sydney and Singapore.

The authority also periodically coordinates with its strategic partners to provide bicycle paths in developer areas, such as bicycle paths in Dubai Internet City areas, JLT and Meydan, in order to serve the first and last mile trips for short and medium trips and a translation of the authority’s vision in global leadership in easy and sustainable mobility add To achieve a number of strategic goals of the authority, the most important of which is the goal of Dubai integration.

And about the future bicycle paths plan until 2025 Al-Banna said: We are working at the Roads and Transport Authority within approved strategic plans for the coming years that include encouraging the use of bicycles by increasing the length of bicycle paths to 668 kilometers by the year 2025 in addition to increasing the length of common paths with pedestrians. With vehicles through projects to develop transportation integration requirements around mass transit stations and projects to apply the principles of flexible mobility within residential and commercial areas, the authority is also working to develop all facilities and services associated with bicycle paths that will provide a better environment for users, and we will announce the areas that will be expanded through channels Interactive body and the media.

The implementation of bike paths also comes as part of the authority’s efforts to make Dubai a bicycle-friendly city by implementing special bike paths covering all regions of the emirate to provide suitable alternatives for residents and encourage them to practice cycling or commuting and make the use of bicycles a way of life in Dubai, in fulfillment of Dubai 2021 vision. To make Dubai the preferred place to live, work and the preferred destination for visitors.

On the safety measures for bicycle and scooter lanes, he said: We work continuously with our strategic partners to organize media and advertising campaigns and events to educate the public about safety procedures and the provisions of the legal decisions regarding the regulation of the use of bicycles in the Emirate of Dubai, the conditions for the use of bicycles and the specification of their areas of use, such as driving a bicycle in the lanes designated for it, if any, and not driving a bicycle. On the road with a speed exceeding 60 km/hr and not to drive the bike on the lanes designated for walking and running in the emirate, and to drive the bike in a safe manner with caution and avoid any actions that may cause danger to the life and safety of the driver or others, in addition to raising awareness of safety requirements for scooter users Electric scooters, including that the scooter driver is at least 14 years old, driving the scooter on the lanes designated for it, not driving it on public roads, and not using or leaving the electric scooter in a way that obstructs the movement of vehicles or pedestrians and leaving an adequate safety distance between it and the steps and pedestrians and not carrying anything that leads to an imbalance of the electric scooter, adhering to the instructions, regulations, guiding and warning signs on the tracks, adhering to the general safety conditions while driving the electric scooter, wearing a protective helmet, and having a headlight and a back lamp in addition to the front and rear frame brakes in The scooter has steering wheel-mounted audible alarm and set the maximum driving speed for the electric scooter at 20 km/h.

Al-Banna said that the Roads and Transport Authority adheres to the highest standards and scientific studies when determining or setting an upper limit on the speed on roads, whether in relation to the speed of bikers or bicycles, for example when determining the speed for bicycles, it depends on the number of traffic entrances and exits and the nature of the path in terms of width, design and classification of the surrounding roads. Accordingly, the maximum speed limit for cycling lanes does not exceed 30 km/h in the amateur lanes such as the bicycle tracks in Nad Al Sheba and Meydan, and in the common lanes that have been implemented in the areas of Al Qusais, Al Karama and Al Mankhool.

As for the tracks located within the urban areas within the city, the speed limit is 20 km/hour, while the speed is not specified in the training tracks on the external tracks, such as the ladder of peace and capacity.

Al-Banna stressed that the priority is always to maintain the safety of the lane users, and the riders must abide by the safety instructions and conditions and respect the users of these lanes, and the importance of safety precautions must be taken into consideration while riding such type of transportation by respecting traffic laws and putting a helmet that meets the standards while driving and wearing a reflective jacket. And adhere to the traffic lights and other signals on the road, as well as installing a bright white light at the front, and a bright red light that reflects lights at the back, and they must be equipped with valid brakes.

The post Dubai bicycles are a sustainable transportation and lifestyle appeared first on UAE24x7.

Dubai specialist beats Covid in only 6 days, on account of the immunization

A 26-year-old specialist in Dubai is the person who quickly;y recuperated from the Coronavirus. Subsequent to testing positive on thirteenth Feb, it required scarcely 6 days to recuperate. From that point onward she returns to work. Dr Mariam Zaidi works in the Covid ward of Burjeel Hospital for Advanced Surgery in Dubai. At the point […]

The post Dubai specialist beats Covid in only 6 days, on account of the immunization appeared first on UAE24x7. 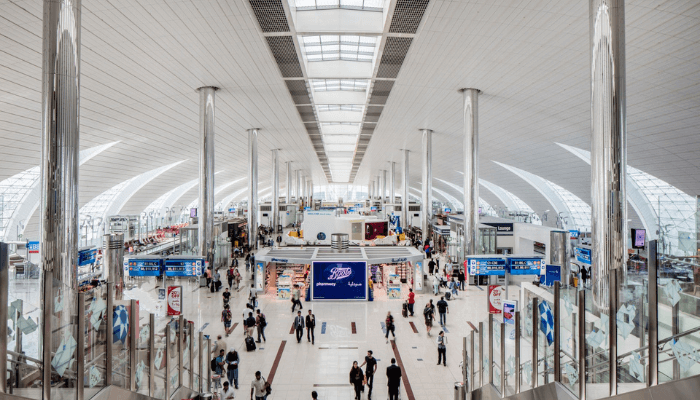 Dubai has announced that no passenger may enter the city from any other country or station if they have visited or transited via Nigeria in the last 14 days. The United Arab Emirates city insists that passengers travelling to Dubai from Nigeria must travel directly. In a travel protocol update to passengers dated January 29, […] Read Full Story

The Republic of Indonesia signed a framework agreement with the “Global Logistic Passport” initiative, which is a pioneering initiative launched by Dubai globally early last year with the aim of increasing commercial opportunities among developing markets, as the first country In Southeast Asia, it joins the initiative after registering the “Indonesian National Shipping Companies Council”, […]