A chieftain of the All Progressives Congress (APC), Salihu Lukman, has called for the revival of the National Labour Advisory Council (NLAC), comprising representation from labour, employers and government, to address the fears of labour on the proposed placement of minimum wage on the concurrent list.

Lukman stated that NLAC used to serve as the tripartite body in Nigeria for the resolution of major labour challenges but it is currently almost nonexistent.

The organized labour had on Wednesday staged nationwide protests to demand the withdrawal of a Bill seeking to move the minimum wage from Exclusive Legislative List to the Concurrent Legislative List, currently before the House of Representatives.

Sponsored by Garba Mohammed Datti (APC, Kaduna), the Bill which passed second reading in the House intends to allow State Governors fix minimum wage for workers in their various States.

But Lukman in a statement said the NLAC model which was used around 2005 to resolve the challenge of amending Nigeria’s pension law could also be effectively applied to tackle the ongoing minimum wage debacle.

“When the contributory pension law was passed by the National Assembly and accented to by President Olusegun Obasanjo, both unions, employers and state governments were opposed to the new pension law,” Lukman said.

“But through consultations at the level of NLAC, both labour and employers agreed to a prototype pension bill, modelled based on provisions of the new Pension Act, which was presented to the NEC.

“Eventually, NEC adopted the prototype pension bill, which was transmitted to all the 36 states. The rest is now history as all states have domesticated the pension act based on their peculiarities”.

“If we have NLAC, why can’t we have members agree to all the variables determining minimum wage in the country – productivity, conditions of living and affordability, based on which the national minimum is reviewed on an annual basis being the proposed benchmark for the country?

“The National Bureau of. Statistics (NBS), National Salaries, Wages and Income Commission and National Productivity Centre (NPC) can handle the task of providing information about the variables of productivity, cost of living and affordability.

“With objectively computed information, the process of achieving consensus that highlight the minimum threshold for wages can be handled very effectively.

“Agreement under NLAC can serve as the federal minimum wage. Once agreement is reached at the level of NLAC, a prototype minimum wage bill can be developed and sent to the National Economic Council (NEC), chaired by the Vice President of the Federal Republic with Governors of the 36 states as members.

“Following consideration and adoption by NEC, states can then domesticate provisions of the agreement as contained in the prototype bill based on their peculiar circumstance.

“Part of what needs to be resolved is the issue of whether states are allowed to adopt minimum wages below the agreed federal minimum wage established by NLAC as adopted or approved by NEC? Or what minimum wage should apply to workers employed by private organisations whose operations cover many states?

“First, no state should be allowed to have a minimum wage lower than the benchmark as provided in prototype bills adopted by NEC. Secondly, in the case of private employers operating in more than one state, the highest minimum wage should apply,” he said.

Lukman, who is the director-general, Progressives Governors Forum (PGF), said the current debate about whether states can make minimum wage laws is basically about correcting the distortion in terms of applying the principles of minimum wage fixing as provided in International Labour Organization (ILO) Convention 30 of 1928.

“It is important we appeal to leadership of organised labour, especially NLC, to stop promoting false information. The distortion that needs to be corrected is that the proposal to transfer minimum wage to the concurrent legislative list is not to stop the payment of N30,000 minimum.

“Although many state governments and private employers are having difficulty implementing the N30,000 minimum wage, we should separate the problems associated with implementing agreements from the bigger challenge of correcting wrong procedure used in fixing minimum wage in the country.

“Problems of implementing agreements can be addressed with reference to invoking provisions of Nigerian arbitration laws, which is what ILO Convention 30 of 1928 recommends. As a nation, we have arbitration law. Why is the leadership of organised labour not taking advantage of provisions of our laws to enforce the implementation of minimum wage law?

“For emphasis, the challenge before us as a nation is about developing the capacity of our democracy to resolve national problems. It will amount to undermining our democracy to seek to block consideration of proposals before the National Assembly demanding the transfer of minimum wage to the concurrent legislative list of the 1999 Nigerian Constitution as amended.

“It is quite disappointing that labour leaders are organising protests and threatening to declare a national strike because the National Assembly is considering a democratic proposal. Organised labour and NLC leadership in particular need to be reminded that before the bill can become law, it will have to pass democratic stages that can accommodate labour’s demands.

John Alechenu, Abuja THE Director General of the Progressives Governors Forum, Dr. Salihu Lukman, has urged the President, Major General Muhammadu Buhari (retd.), and the All Progressives Congress, to downplay politics when seeking for solutions to Nigeria’s problems. He said there was no denying the fact that, extreme poverty in northern Nigeria, was responsible for […] Read Full Story 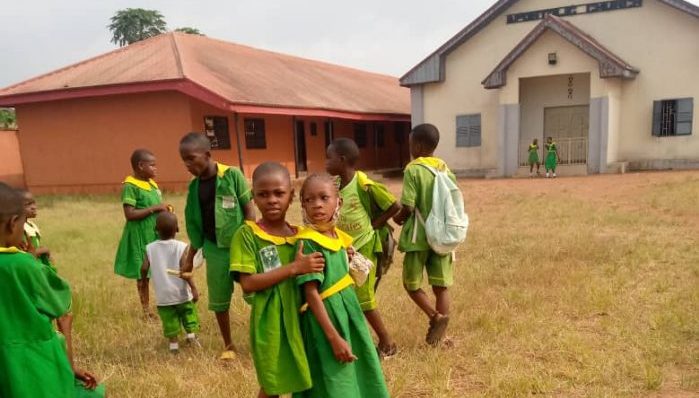 By Gabriel Enogholase IMMEDIATE past National Chairman of All Progressives Congress, APC, Mr Adams Oshiomhole, has faulted the revalidation of the membership of the party by the Interim Caretaker Committee, saying it was contrary to the party’s constitution. Oshiomhole, while fielding questions from journalists shortly after revalidating his membership of the party at Unit 1,
Read More