Women across the world face tougher economic prospects than men and the coronavirus pandemic has only made things worse. Women make up 50 percent of the global population, yet they often strive to achieve economic equality or even the same level of political freedom as men. Some progress has been made over the last few decades towards female empowerment, but the coronavirus pandemic has undone some of this progress.

The gender gap describes the differences that men and women face in their daily lives, from finding a job and salary prospects to their intellectual and ethical prospects. In 2020, the World Economic Forum’s Global Gender Gap index which measures the differences in health, education, economics and politics between men and women showed that while no country has achieved full gender parity, the top three countries Iceland, Norway and Finland have narrowed the divide, but the index also showed that countries such as Jordan, Turkey, Japan, Hungary and Nigeria have more work to do to ensure that both genders have similar opportunities. And whilst there has been a clear narrowing in health and education, the index shows that women’s participation in politics and the economy still falls short.

At a media parley on legal barriers that inhibit women’s political participation in Nigeria, Chinonye Obiagwu, a senior advocate (SAN) and national coordinator, Legal Defence and Assistance Project (LEDAP), stated that the issue of women inequality cuts across diverse fields of endeavours and is currently a global concern. She also stated that women should start being recognised for their antecedents rather than their gender status and this can only be achieved through gender inclusion.

See also  To cut down cost of governance, Nigeria needs to learn from other countries

“If women are to contribute significantly to the political sector in the economy, the legislation should make provision of not less than 35 percent of seats for women so as to enable them a fair chance in this endeavor,” Obiagwu said.

Read Also: Impact of covid-19 on the real estate sector

Globally, women make 77 cents for every dollar that men earn for work of equal value, and the coronavirus pandemic made life more difficult for women. Although women make up 39 percent of the global workforce, they represent 54 percent of the overall job losses as of May 2020. Traditionally male-dominated industries, such as construction and manufacturing, have continued to operate to their pre-pandemic levels while sectors which have a great representation of women, such as hospitality and retail, have been hardest hit by the pandemic.

See also  ‘Every technological advancement is a product of ingenuity’

At the same time, stay-at-home orders in many countries meant that children were unable to go to school as usual which increased the burden on women who had to joggle increased child-care responsibilities with their professional lives. For women that were self-employed or work informally, such as domestic workers or street vendors, the challenges posed by the coronavirus shock were even greater because of the precarious nature of their jobs. They are also more likely find it difficult to access credit in order to rebuild their careers. Even women who have kept their jobs have faced reduced prospects of promotion. A study showed that 34 percent of men working remotely with kids from home were promoted compared to only 9 percent of women in the same situation.

Reduced gender equality could worsen the economic damage occurring across the globe. Without action, the COVID-19-induced gender gap could shave off $1 trillion from global growth in 2030. This is because increased female participation in the labour force boosts productivity and increases wages for all workers. A larger workforce also increases government tax revenues which can then be invested back in infrastructure and medical care.

Allowing women the flexibility to choose their careers isn’t just preferable for those who gained the freedom to follow their interests; it’s also beneficial for the wider economy as their skills can be deployed in appropriate jobs. That is why institutions like the International Monetary Fund (IMF) have called on governments to step up their support for female workers. These measures could include passing more favourable parental leave laws for both genders, subsidising child-care costs and improving access to education.

The benefits of narrowing the gender gap reach everyone, not just women. Gender-diverse companies are more likely to outperform their peers and more equal societies gain from higher economic and social development. In times of economic uncertainties, these advantages may be more valuable than ever. 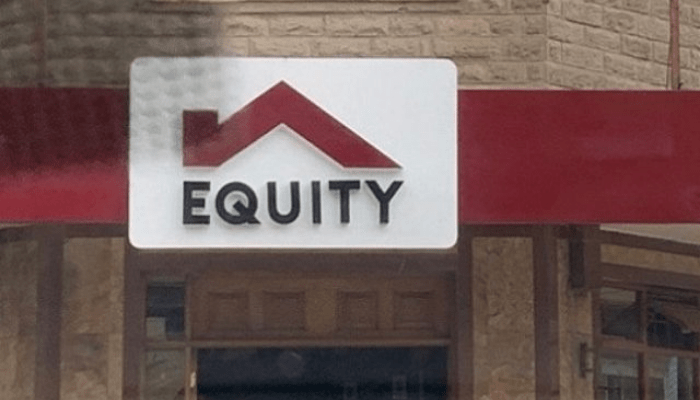 Equity Group Holdings Plc on Wednesday signed a $100 million loan facility with Germany’s DEG, the UK’s CDC Group, and the Netherlands FMO in its continued commitment to walk with MSMEs to survive the pandemic, recover, repurpose and thrive during and after the COVID-19 crisis. In response to the COVID-19 crisis, Equity launched an offensive […] Read Full Story

The number of COVID-19-inflicted deaths in Africa has reached 100,294 on Friday, the Africa Centers for Disease Control and Prevention (Africa CDC) said. The total number of confirmed COVID-19 cases on the African continent also stood at 3,796,354, according to the continental disease control and prevention agency’s Africa COVID-19 dashboard. South Africa has reported the
Read More

COVID-19 cases in Africa to top 4m this week, says WHO Regional Office

The World Health Organisation (WHO) says Africa is poised to surpass four million COVID-19 infections this week, since the first confirmed case on the continent was announced in February 2020. WHO Regional Office for Africa disclosed this in a statement issued from its headquarters in Brazzaville, Congo, on Thursday. The statement stated that Dr Matshidiso
Read More

The post COVID-19 cases in Africa to top 4m this week, says WHO Regional Office appeared first on Vanguard News.