Salah said this while reacting to Liverpool’s 2-0 win over RB Leipzig in the Champions League last-16 second-leg tie on Wednesday.

Two goals from Salah and Sadio Mane ensured the Premier League champion defeated the Bundesliga side in Hungary and qualified for the last-8 on 4-0 aggregate.

“It’s a big result for us. We came here the last couple of games we lost,” Salah said at his post-match press conference.

“The team is not in the best shape, but we want to fight in the CL and each game in the PL, and we will see what happens.

“It’s really positive, to be fair. It’s a tough team, they make us run a lot, but we try to play our way. We won the game, that is the most important thing, and hopefully, we can keep that going in the PL now as well.

“I have scored good numbers this season, I would like to score more, but it is part of the game you miss chances, as long as the team keeps winning, that’s the most important thing.”

Liverpool’s next fixture is against Wolves next Monday.

Southampton have completed a late move to sign Liverpool’s Takumi Minamino on loan for the rest of the season. The Saints announced the signing of the Japan forward two hours... 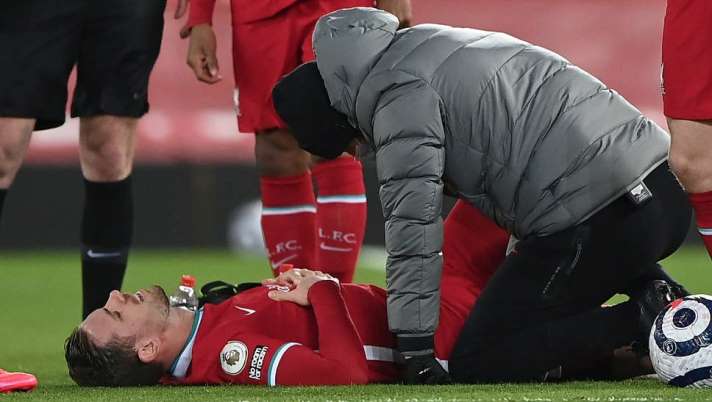 Jordan Henderson is reportedly set to miss up to 12 weeks of action with Liverpool. Henderson limped out of the Reds’ deflating 2-0 Merseyside derby defeat at the weekend to add to Jurgen Klopp’s forever-growing injury list. Should Henderson require surgery for his groin, it would end his Liverpool season and put his hopes of […] Read Full Story

Johnny Edward Wilfred Ndidi ‘looks ready’ to play 90 minutes for Leicester City when they host Liverpool at the King Power stadium on Saturday (today), according to his coach Brendan Rodgers. Ndidi has made 16 appearances in the current campaign in all competitions but has missed 16 games due to an abductor muscle injury he […] Read Full Story