Some indigenes of Ogbaru local government area of Anambra State have written to the Minister of Works and Housing, Babatunde Fashola, over alleged diversion of a road project meant for the area.

The indigenes claimed that the project, the Ossomala-Ogwu Ikpele-Ase-Ndoni Road was seen on a project board being executed in Onitsha metropolis.

In a letter titled “Letter of Complaint Concerning Suspected Shady Deals on the Ossomala-Ogwu Ikpele-Ase-Ndoni Road, Ogbaru LGA, Anambra state,” authored by Akaka Ikechukwu Emmanuel, Esq, and copied to Senator Stella Oduah and the member, representing Ogbaru Federal Constituency in the House of Representatives, Hon. Chukwuka Onyema, the indigenes which referred to themselves as “concerned indigenes” called for thorough investigation to ascertain reasons for the alleged diversion, the current stage of the project and funds so far released.

Dated March 9, 2021, the letter made available to Vanguard in Abuja has already been recieved by the Ministry of Works and Housing.

It reads thus: “I write, Hon. Minister, on behalf of thousands of Ogbaru indigenes who have over the years remained traumatised by the shoddy handling of the above stated project.

“As background information, the said project is part of the larger Onitsha-Atani-Ossomala-Ogwu Ikpele-Ase-Ndoni Road. Besides being the major and only road linking all 15 indigenous Ogbaru communities, it is also the fastest route to neighbouring Rivers state, with Ase and Ndoni being border communities that fall under the geographical and administrative purview of Rivers state.

“The road is also of immense importance to the agrarian communities of Ogbaru – easily acknowledged as the prime food basket of Anambra state – and the major gateway to the oil-bearing communities of Ogwuaniocha and Ogwu Ikpele. Suffice to point out that currently, Sterling Global, an oil-prospecting company, is already drilling oil in both communities but have devised disingenuous ways of taking out the Black Gold, through laying of pipes across the River Niger to Okpai, Delta state, and newly charted paths to Oguta, Imo state.

“While they have, seemingly, found a temporary solution to the issue of bad road in Ogbaru, the people and communities continue to wallow in utter neglect.

“In deed, while the Peter Obi-led administration in Anambra state constructed the Onitsha-Atani-Ossomala axis before departing in 2014, the succeeding administration of Governor Willie Obiano have since left the remaining portion unattended. Yet, that stretch has never had the fortune of experiencing construction and asphalt overlay since creation.

“Over the last six years, therefore, the lot has fallen on our elected officials, Representative Chukwuka Onyema and Senator Stella Oduah – both indigenes of Ogbaru – to take up the gauntlet.

“In fact, our findings indicate that in the 2018 approved budget of the Federal Republic of Nigeria, the sum of N469,543,673 was earmarked for the Ikpepe(sic)-Ase-Ndoni road. This was captured under line item ERGP12107061 of the Federal Ministry of Works budget.

“Prior to this, the project had been taken over by the Federal Government in 2016, and contract for the job awarded to one Clanetayo International Limited.

“Though the budgeted sum that we are aware of is meagre, our plight was compounded by a recent discovery, two weeks ago, of an attempt to play hanky panky with the project.

“Some Ogbaru indigenes resident in nearby Onitsha had been shocked to the marrows, when they came across a signpost in urban Onitsha, indicating that their long-sought-after road project was being executed in Onitsha metropolis.

“Flustered by this chance discovery, many Ogbaru residents and indigenes sought explanation from their elected representatives.

“Ironically, more than two weeks after, mum remains the word from both of them, fuelling suspicion that the incident could have been a case of project swap/diversion gone awry.

“This feeling is reinforced by the realisation that the Ogbaru project is not a new one, desirous of a fresh information board. Thus, the lackadaisical attempt by aides to explain away the curious occurrence as a ‘mistake’ cannot fly.

“Besides, how come the board remained rooted, for weeks, at a conspicuous street in Onitsha metropolis, without anyone discovering the anomaly until the outcry by Ogbaru indigenes.

“Conscious of the several under-hand dealings that trail project awards and execution in our clime, we crave your indulgence, Hon. Minister, to cause an investigation into the current status of the above stated road project; including how much the federal government has released thus far on the project, and the circumstances surrounding the attempt to swap/divert the project.”

My encounter with Fashola the great teacher

By Soni Daniel, Northern Region Editor Let me start with a Caveat: Don’t ever start an argument with this tall and brilliant man if you’re not well armed with the facts of the matter you want to take him on! I won’t forget in a hurry that fierce argument between me and Babatunde Raji Fashola,
Read More

The post My encounter with Fashola the great teacher appeared first on Vanguard News.

Olalekan Adetayo, Abuja The Federal Executive Council on Wednesday approved the complete reconstruction of the Abuja-Kaduna-Kano highway. With the approval, the government changed the scope of work on the highway from the ongoing renovation to complete reconstruction. [READ ALSO] #EndSARS: $2m, N17m stolen from my palace – Oba Akiolu It therefore increased the project cost […] Read Full Story 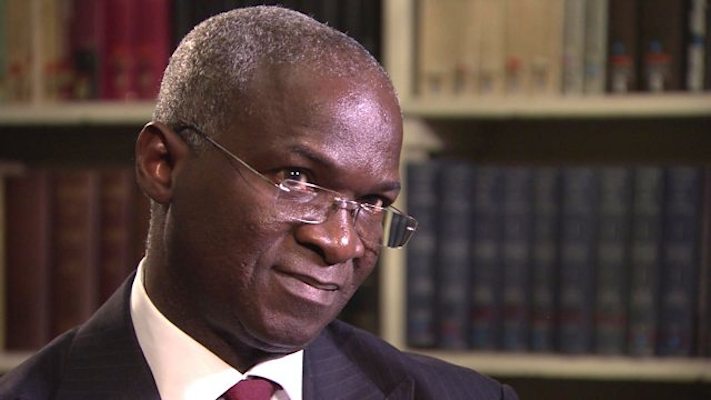 Babatunde Fashola, minister of Works and Housing, says that beyond infrastructure and assets development, there are also opportunities and economic benefits in the federal government’s Highway Development and Management Initiative (HDMI). Fashola’s ministry was recently issued Certificate of Compliance by the Infrastructure Concession Regulatory Commission’s (ICRC) to proceed with the implementation of the highway initiative. […] Read Full Story