Chairman of the Economic and Financial Crimes Commission, Abdulrasheed Bawa, appeared before an Ikeja High Court on Wednesday to give evidence in a N1.4 billion fraud trial.

The fraud trial involved an oil company, Nadabo Energy, which Bawa had earlier testified against before his appointment as the EFCC boss.

Bawa, who is the fifth prosecution witness,  had told Justice C.A. Balogun of the Lagos State High Court sitting in Ikeja that the defendant used forged documents to benefit from the Federal Government’s subsidy regime.

Bawa had in February identified two documents as email correspondence between him and Ullrich Afini Awani of Global Commodities Africa and the Certificate of Identification.

On Wednesday, the EFCC boss led in evidence by the tribunal counsel, Saidu Ateh, continued his testimony by analysing the email correspondences of the defendant.

He said that the email exposed significant fraud in the documents presented by the company to the Petroleum Support Fund.

YOU MAY ALSO LIKE: Ex-Dangote GM, two others jailed for $32,000 insurance fraud

Bawa said his investigation showed that the defendants took about 6 million litres PMS from the mother vessel to their chartered vessel.

“In addition, the email also informed us that one Mr Jide Akpan was the agent of the vessel.

“We invited the said Akpan and during the course of our interrogation with him he confirmed that the first defendant through the second defendant deferred the vessel and paid for it,” he told the court.

Abubakar Peters (Managing Director), alongside his company, Nadabo Energy Limited, were arraigned on December 10, 2012, before Justice L. Balogun of the Lagos State High Court sitting in Ikeja, Lagos for offences bordering on obtaining money by false pretences, forgery and uttering forged documents to the tune of N1, 464, 961, 978. 24.

They were alleged to have obtained the money from the Federal Government by falsely claiming that it represented the subsidy accruing to them.

The defendants pleaded not guilty when the charge was read to them.

President Muhammadu Buhari has asked the Senate to confirm Mr Abdulrasheed Bawa as substantive Chairman of the Economic and Financial Crimes Commission (EFCC) In a letter to President of the Senate, Ahmad Ibrahim Lawan, the President said he was acting in accordance with Paragraph 2(3) of Part1, CAP E1 of EFCC Act 2004. Bawa, 40,
Read More

Bawa pledges transparency, accountability as he gets Senate nod for EFCC chair 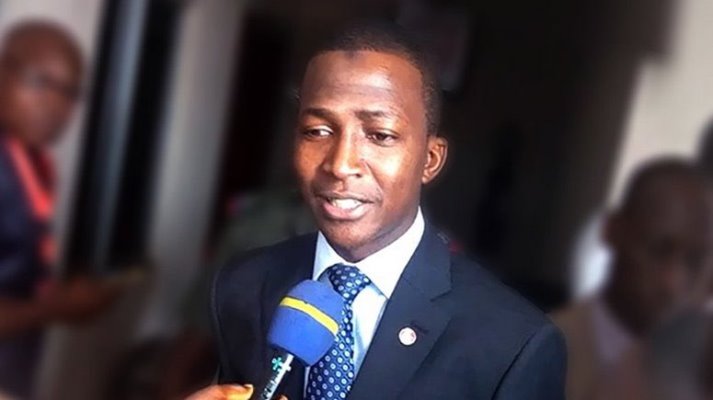 Abdulrasheed Bawa, whose appointment was confirmed Wednesday by the Senate as the new Chairman of the Economic and Financial Crimes Commission, EFCC has promised to lead with example and institutionalize a Standard Operating Procedure. He also pledged that going forward, operations at the Commission would be digitized to enable it become more transparent and accountable, […] Read Full Story

The Economic and Financial Crimes Commission (EFCC) has raised an alarm over some fake Twitter accounts purportedly belonging to the new Executive Chairman of the commission, Abdulrasheed Bawa. In a statement issued on Saturday, the anti-graft agency listed three of the fake accounts as @abdurasheedbawa,@abdulrbawa and @abdulrashidbaw1. It explained that the accounts have been … END_OF_DOCUMENT_TOKEN_TO_BE_REPLACED Read Full Story