The National Assembly has expressed its readiness to amend the Constitution to ensure gender parity and enact laws to improve the fortunes of women and girls in Nigeria.

This was just as the Senate resolved to expunge provisions of the law as contained in the Police Act, Federal Character Law, Electoral Act, Labour Act, Political Parties Constitutions, which infringes on the rights of women in Nigeria.

The decision was conveyed amidst resolutions reached on Wednesday during plenary when the Upper Chamber considered a motion on the 2021 International Women’s Day Celebration with the theme: “Women in Leadership: Achieving an equal future in a COVID-l9 world #Choose To Challenge”.

Coming under Order 42 and 52 of the Senate Standing Rules, Apiafi noted that the International Women’s Day which is celebrated on the 8th of March every year, “is a day set aside globally to celebrate the social, economic, cultural and political achievements of women.”

She said, “It is also a day to aspire and inspire people to act in the ongoing effort for gender equality. The day seeks to celebrate women’s contributions to society and raise awareness about the fight for gender parity.

“Gender parity is a statistical measure that compares women and men through their income, education, and work hours among other points. It is also an important tool for policymakers striving towards gender equality.

YOU MAY ALSO LIKE: AGF office not investigating Tinubu, says Malami

“It is important to note that the global celebration of International Women’s Day is a time for reflection of how far women have come, advocacy for what is still needed, and action to continue breaking down barriers limiting gender equality.

“Oduah called for the mainstreaming of women affairs in national planning.

She added that in prioritising the empowerment of the Nigerian woman, “we must create an enabling environment where women can thrive show their innate skills and talent.”

Tinubu while celebrating accomplished women such as the Vice President of the United States, Karmala Harris, and Nigeria’s Ngozi Okonjo-Iweala who recently became the first female Director-General of the World Trade Organisation, bemoaned the lack of opportunity for the womenfolk in African countries.

Ladi Dadut said women continue to play a critical role in the pandemic world, adding that, “they bear more burden in the home and public.”

The Senate while urging employers of labour to give women equal opportunities to allow women achieve their full potentials, called on Nigerians to Maintain a gender equal mindset and Challenge gender stereotypes and biases.

The Upper Chamber also resolved to amend the Nigerian Constitution to include gender parity and to enact laws that will improve the lot of women and girls in Nigeria.

The Senate in its resolutions urged the National Assembly to Challenge and change laws that infringe on women’s rights such as the Police Act, Federal Character Law, Electoral Act, Labour Act, Political Party Constitutions.

It also urged the Ninth National Assembly and the Federal Government to Forge positive visibility for women and Celebrate women’s achievements; as well as domesticate all conventions and treaties of the African Union in respect of gender issues.

The Senate President, Ahmad Lawan, said that the provision of equal opportunities for women would on the long run be in the interest of Nigeria as a nation.

He said, “I believe we are together in this with our women. It is in the interest of our nation that we work together to give our women proper opportunities for them to excel.

“And we must congratulate those who have achieved so much in public lap here as well as in business.

“We congratulate Nigerian women, we congratulate the entire nation, and we believe that we have to do more to give our women more opportunities to serve,” Lawan said.

The Senate on Tuesday passed for second reading, a bill for the establishment of the Federal University of Medical and Health Sciences in Iyin, Ekiti State. The proposed law for the establishment of the institution was sponsored by the Senator representing Ekiti Central, Opeyemi Bamidele. [READ ALSO] AstraZeneca fear: Vaccination suffers setback, five more countries […] Read Full Story

Okonjo-Iweala at WTO: Nigeria gifts the world a skilled negotiator 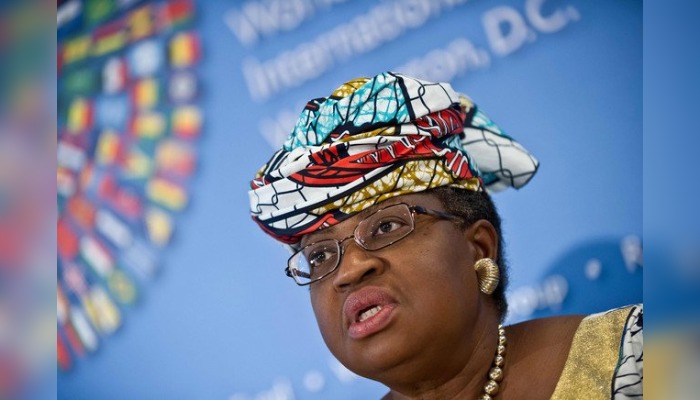 Before contesting to lead the World Trade Organisation (WTO), Ngozi Okonjo-Iweala served twice as Nigeria’s finance minister, 2003-2006 and 2011-2015, and briefly as foreign minister in 2006, the first woman to hold both positions. She spent 25 years at the World Bank as a development economist and rose to the No. 2 position of managing […] Read Full Story