The Bola Ahmed Tinubu, BAT, Foundation has donated an 18-seater bus to the Lagos State Council of the Nigeria Union of Journalists, NUJ.

Making the presentation in Lagos on Wednesday, Director-General of BAT, Mr. Ahmed, said: “This bus is being given to the council by my principal, Asiwaju Bola Tinubu to facilitate the movement of the executive and it’s a sign of better things to come from him.

“We want the current executive to continue to carry all the members along and build a formidable union and a leading council in the NUJ councils in Nigeria.”

READ ALSO: Pa Adebanjo is being economical with the truth ― BOSF

He said: “This bus is coming at a time most needed by members of Lagos Council under this administration. The bus will no doubt assist in the day-to-day running of the activities of the council.

“We came into office on November 26, 2020, and I want to say that donating this bus to us is one of the milestones the present NUJ executive has recorded.

“The donation of this bus has also boosted our performance as it has proven that the present executive members of NUJ, Lagos State Council are committed to achieving results.

“Aside from this, we are making headway in the area of land reallocation to our members who bought land under the Mowe/Ofada/Abaren land project.

“Back to the business of the day, the NUJ lauds the generous gesture of Asiwaju Tinubu, a statesman, a nationalist, a detribalized Nigerian and a man who commands the largest political followership for over two decades in the political history of Nigeria.

“Asiwaju Tinubu, a politician and philanthropist, has done so much for the masses of this country and that his Foundation deemed it fit to donate this bus is highly commendable and calls for a celebration.

“For this gesture, we will forever continue to appreciate Asiwaju Tinubu.

“He is a father who knows where the shoe pinches and solves people’s problems within a short timeframe. He is a man of his words and a worthy leader par excellence.

“As the governor of Lagos state between 1999 and 2007, he transformed the state across all sectors.

“Asiwaju has been able to retain mass support, widely loved by Lagosians and Nigerians as a whole due to his generosity.

“His level of generosity is incomparable. Indeed, Asiwaju Tinubu is a man of the people.

“It is on record that BAT Foundation gives out foodstuff to the needy three times a year, during Sallah, Ramadan and Christmas, all in a bid to get rid of poverty in the country.

“Added to these numerous achievements of Asiwaju, many younger politicians and businessmen and women in the country owe the success of their careers to him.

“Asiwaju Tinubu has piloted the ship of Nigeria’s ruling and largest political party – the All Progressives Congress, APC, as the National Leader of the party. Bola Tinubu also led the party to victory twice in the last seven years.

“His model has always been to encourage the younger generation. If we decide to capture all his achievements, we will not leave here today.

“My advice is that other notable Nigerians should emulate Asiwaju Tinubu’s humanitarian gesture.

“He is a man deeply committed to good lifestyle and well-being of Nigerians. On this note, we pledge our deep collaboration with BAT Foundation via publicity.

“We also state emphatically that the days of those who engage in promoting fake news are numbered.

“Fake news is highly destructive and this is the more reason why Lagos Council has set-up the Ethics and Disciplinary Committee to sanction erring members.

“The wanton destruction of lives and property suffered at all levels of government as a result of fake news during the #EndSARS protests is still fresh in our minds.

“I pray that Nigeria will never witness such calamity again.

“We want to say a big thank you to our father, our brother and a patriotic Nigerian, Asiwaju Tinubu for this wonderful donation.

“We are very grateful Sir and we pray that God will keep you for us, grant you a peaceful and long life to continue serving humanity.

“We also want to express our sincere appreciation to the Board of BAT Foundation who made this possible.” 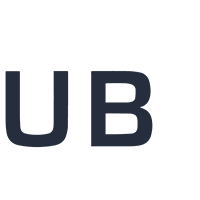 Unfortunately, it becomes too normal to fall foul of your bank when purchasing cryptocurrency via fiat using bank transfers or your debit card. Bank accounts can be frozen, transactions delayed, and problems can arise with the intent and destination of funds. Club Swan (https://ClubSwan.com/en-za/) is a leading innovative service that has brought a secure and reliable solution to the African crypto community. This business has played a vital role especially in South Africa which accounts for the majority of the demand for Bitcoins in the region. The company specializes in buying, selling crypto and allowing customers to spend Bitcoin as fiat using their debit cards around the world, eliminating the need for a bank to buy, sell, and spend money. cryptocurrencies. With crypto generally being used as a hedge against inflation and currency devaluation in Africa, the demand for the use of cryptocurrencies is evolving more and more as a […]