THE government of Benin Republic, Tuesday, sent a delegation to seek President Muhammadu Buhari’s intervention for Nigeria to help the country produce rice.

The aim was to stop smuggling and rice importation in the two countries.

The Benin Republic delegation met with the Chief of Staff to the President, Prof. Ibrahim Gambari at the presidential villa, Abuja.

The Benenois delegation, who was led by the country’s minister of agriculture, Gaston Cossi Dossouhoui, was led to the villa by Governor Atiku Bagudu of Kebbi State and the Minister of Finance, Budget and National Planning, Mrs. Zainab Ahmed.

Speaking to State House correspondents after the meeting, Bagudu, who is Chairman of the Progressive Governors’ Forum, explained that the delegation and Rice Farmers Association of Nigeria met with the (CoS) to advance ongoing talks between the two countries on how to replicate Nigeria’s rice farming programme in Benin Republic.

He said the idea is that the move can lead to the discontinuation of rice importation to West Africa.

According to him, “Rice Farmers Association of Nigeria met with the chief of staff to the president to progress the discussion which has been going on between them and Benin Republic for the two countries to replicate the success of Nigeria’s rice farming programme in Benin, so that we can stop rice importation in west Africa in shortest possible time.

“This is partnership within the framework of ECOWAS agreement and the Africa Continental Free Trade Agreement and our brotherly relationship between president Muhammadu Buhari and President Patrice Tallon who have the safe vision that we can be greater together.”

Also speaking, the National President of Rice Farmers Association of Nigeria, Aminu Goronyo, explained that the Benin government was desirous of learning from the Nigerian experience in rice production.

He said, “They are here because they have seen the successes recorded in the area of rice production in Nigeria and their President was so happy, he was excited.

“And he said they must come to Nigeria, partner with Nigerian rice farmers and see how Nigerian farmers can replicate the same thing in Benin Republic so that they will be able to achieve the successes this government recorded in the area of rice production.”

Asked what Nigeria can teach them, he said: “Of course, they are our sister country, we are one and the same people and I think their president is ready to accept what we have used to achieve these successes which is the government’s will because our successes is related with the political will that this government has.

“And that is exactly what they want to learn so that they will use the same approach to attain the successes they are seeing to come
to us to learn more.”

Both Republic of Benin and the Rice Farmers Association of Nigeria (RIFAN) have entered into an agreement to boost rice farming in its country.

The National body of RIFAN was in Cotonou, the Country’s capital recently on the invitation of President Patrice Tallon for discussion on how the MoU would be fine-tuned and signed.

The Delegation was received by the President in his Residential House in Cotonou along with his Minister of Agriculture and that of Foreign Affairs.

RIFAN’s National President, Alhaji Aminu Goronyo who briefed President Tallon about the Association success and how it has transformed and revolutionised rice production in Nigeria, said the country can leverage on their success story to feed herself and export excess to neighboring countries.

“We developed a template that was adopted by the Central Bank of Nigeria and accepted by our President Muhammadu Buhari which as a result, Nigeria is today rice self-sufficient nation.

“We have more than 12 million farmers working with us producing most of the rice paddy the country needs.

“Benin republic can also leverage on that whereby your country can produce the Rice to feed herself and export excess to neighboring countries.

“If you do this, it means you are creating wealth and job opportunity for your people and your country”, Goronyo said.

President Talon said the closure of Nigerian Borders served as an eye opener to the country as such, was ready to work with Nigeria to stop smuggling of rice.

While noting that Nigeria is advanced in agriculture in Africa, he said Benin Republic is ready to learn from Nigeria through RIFAN.

“The recent border closure is an opportunity for the two counties to collaborate better in agricultural trade.

“This will promote the two countries economic development, unity and wellbeing of our people”, he added.

FG to Cultivate 100,000 Hectares of Land for Rice Production in Nasarawa 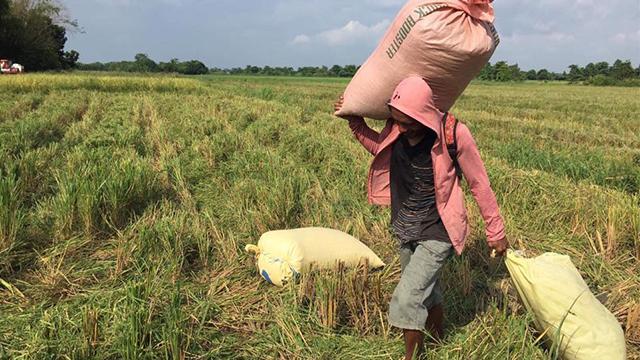 The Federal Government has approached the Nasarawa State Government, intending to access 100, 000 hectares of land for rice cultivation in the state Nasarawa State Governor, Abdullahi Sule disclosed this while playing host to the Managing Director of the Lower Benue River Basin Development Authority (LBRBDA), Muhammad Addra, who led a delegation on a courtesy […] Read Full Story

IITA calls for synergy with private sectors to boost agriculture

The project Manager, International Institute of Tropical Agriculture (IITA), Ibadan, Oyo State, Prof. Lateef Sanni has called for a synergy between the institute and private organizations in agricultural value chain for them to tap into result of its various researches for the development of the nation's agriculture sector