Dr. Maisara Nuhu Wali is of the Department of Political Science, Bayero University, Kano, BUK, Kano. In this interview, the foreign policy expert analyses the emergence of Dr. Ngozi Okonjo-Iweala as Director-General of World Trade Organisation, WTO, and what it holds for Nigeria and other African countries.

The emergence of Okonjo Iweala as the Director-General of WTO elicited so much joy in Nigeria. Do you think her leadership of the organisation would impact Africa positively ?

The agency was established to bring about trade balance between nations of the world and to bring about economic development between the rich countries, the middle income, and the poor. If no one is fair, the trade will be dominated by some countries.

This position is important to African countries including Nigeria because since its creation it has never been led by an African. History has shown that all those who have ever held this position were Europeans and non-Europeans. For example, Ireland was the first to hold this position, followed by Italy.

And they are all Europeans. They were not there to protect European interests alone. They protected the interests of Africans and other developing countries. We also had a leader from New Zealand and Thailand. There was a Frenchman and a Brazilian. As we have seen from the list of people who led the WTO, it is necessary to congratulate Okonjo- Iweala for getting the position. If you read her history, you will understand she is a very talented woman. After all, it is not uncommon to find African women like her. In addition to these achievements, she has worked with the World Bank for many years.

Nigeria appointed her as Finance Minister twice. In the tradition of the Nigerian government, it is very difficult to serve as a minister twice under two presidents.

Now, she will use the position to create new ways to boost trade in developing countries because she knows how to run an economic development project. For example, when she was Managing Director at the World Bank, she was responsible for funding development for developing countries, including South Asia, Africa, the Eurozone, and Central Asia. Her long service has helped her, especially during the global food crisis of 2008-2009. She helped emerging economies recover. There is also the responsibility of sharing about $ 49.2 billion which is also given to the poorest countries in the world.

Tell us more about the grant for poor countries…

It is a loan but the interest rate is not very high. You know sometimes a loan is preferably not taken because the interest rate could be very high. Some countries are unable to repay their debts due to high-interest rates. Countries such as Brazil and former Zaire had been in a similar situation due to the so-called JackPot. That is why China’s debt is different from other debts because it is the simplest and goes hand in hand with the country’s wealth and the benefits of debt to its people. Dr. Okonjo-Iweala is also a member of the Committee for the Extraordinary Development of Africa, chaired by the Prime Minister of Denmark.

There are about 49 countries in Africa that are considered to be the poorest in the world. When she was a minister in the government of former President Obasanjo, she helped Nigeria to obtain debt forgiveness. Nigeria’s debt such as the Paris Club debt of about $ 30bn was forgiven. These debts were forgiven because of Okonjo- Iweala’s reputation and her relationship with them. Recall that she introduced programmes that have helped Nigerian government to conduct financial transactions transparently in the management of the country’s economy. The Treasury Single Account, TSA, is one of the measures introduced.

Are you saying the TSA was a baby?

Of course, and it has helped reduce corruption in the system. The Integrated Personnel and Payroll Information Systems, IPPIS, for the payment of salaries was also introduced. This also helps to identify ghost-workers in different ministries, which has helped Nigeria to earn over $ 1 billion. As a result of her accountability and transparency, she was successful in her position while serving twice as finance minister. I do not doubt that WTO would benefit from her expertise. I have a feeling that she would help this country and entire Africa.

Can you list a few specifics on how Nigeria and other African countries can benefit from her new position?

To find someone who cares about your problem is also a relief. She strives to ensure economic growth in developing countries in the world and Africa. And as I have mentioned, her understanding of the economics of Nigeria and other African countries would help a lot. Africa, Latin America, and some parts of Asia were colonized, and there is still a great deal of backwardness. We were enslaved by Westerners. They have built their economy using our resources. And they are using it to oppress us. The oppression has continued even after the idea of interdependence.

The US under President Trump opposed Okonjo-Iweala’s candidacy, but Biden accepted her. What do you make of this?

We may not know why Trump opposed her candidacy. But as a US citizen, one is not surprised that Biden supported her aspiration.

The Biden administration has taken the United States back to its esteemed position in global politics. Trump’s actions were seen as a setback for the US economy, domestic politics, and relations with the rest of the world. Unlike Trump, Biden believes people should be able to develop and understand each other in business without any hesitation.

Do you think the new WTO head can end the trade standoff between China and other countries, especially the United States?

Yes, she can. You know they have confidence in her. This shows she can do more than expected, especially now that there is a new government in the US. She will be allowed to do many things because she understands global political economy properly.

When you consider the kind of people who run Nigeria, do you ever feel Nigeria needs someone like Okonjo-Iweala as a political leader?

It is not as if there are no good hard-working people in Nigeria. The problem is that people like her are ignored just because of nepotism. She is being treated with dignity outside Nigeria, but Nigeria does not value its talents.

China and the United States have been at loggerheads over trade. Don’t you think resolving the impasse should be one of the most important tasks before Okonjo-Iweala?

If you are talking about a country that owes more money than any other country, there is no country like the United States. But the difference between the US and other countries is that it uses debt to boost its economy, military power, and prestige. China’s socialist system has helped it cultivate nationalism among its citizens and to encourage economic and social development. These factors have helped China to expand its trade and become more prosperous. The international community recognizes that access to cheap goods has helped China to grow in a short period. China’s entry into African markets has helped the African Union and helped China gain the support of African countries. China’s loans to foreign countries, especially African countries have made the United States jealous and reluctant to allow China to stay in Africa and the rest of the world. Unfortunately for the US, African leaders are hoping for leaders who will help them achieve national development and prosperity. There is envy between the West and China because if you combine the economies of big European countries like Germany, Denmark, and Portugal among others, it would not surpass Chinese economy.

50 years of Nigeria-China relations has attracted much attention…

On February 10, 1971, the two countries established relations. I think China was one of the first countries to recognize Nigeria’s independence as a new country. Since then, mutual understanding has been enhanced through trade, politics, and diplomacy between the two countries. Nigeria is currently one of China’s biggest trading partners in Africa. There are major projects that China is assisting Nigeria with such as railways. They include Kaduna-Abuja, Lagos – Ibadan, Abuja light rail, upgrades of Kano, Abuja, and Lagos airport terminals among others. I think the presidents of the two countries should further strengthen their agreement on the Yuan-Swap deal because it will help Nigeria to diversify its economy instead of relying on the dollar.

The world superpower countries see Nigeria as important in many ways but on the other hand, Nigeria is having problems managing its internal affairs. Do you think such a situation could diminish Nigeria’s stature globally?

We have the largest population in Africa. We have the most talented black people in the world. We have the wealth that can help us and other countries. But the lack of organised politics, corruption, and absence of good governance, has been an obstacle to sustainable development.

We lack well-thought-out policies. How can you close your borders and expect economic growth? Closing the borders will only close the economy. Some argue that if you do not close your borders, it will not grow. I don’t agree with that.

We started at the same time with Asian Tigers such as Malaysia and Indonesia, but they are ahead of us now. They allowed the influx of wealth into their country and exported the same to other countries. The reasons given by government for closing the borders are to promote agriculture and curb the import of arms among others. In terms of arms imports, what is the use of security or the availability of scanning equipment to determine if there are any such items the country does not need?

The United States is interfering in China’s affairs in Taiwan, Hong Kong, and the Uighur region. How can this impact their relations?

The United States can do nothing but make noise and spread propaganda. The United States provides conditions for the maintenance of relations such as human rights, democracy, and the capitalist economy, but you should know that China’s economy is at a crossroads. There is no threat to the United States right now. The threat posed by the United States to other countries but China is beyond this level.

The post How Nigeria can benefit from Okonjo-Iweala’s leadership of WTO – Wali appeared first on Vanguard News. 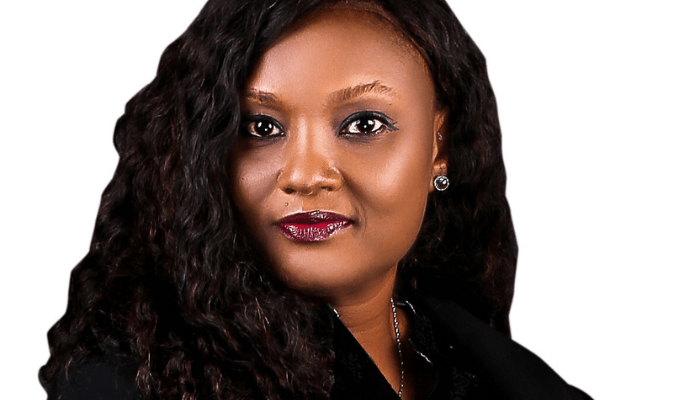 Fiona Ahimie, Managing Director, FBNQuest Securities reflects on the performance of the Nigerian stock market in the first two months of 2021, discussing the market performance and strong stock market rally in the fourth quarter of 2020. She also speaks to how new products are expanding the scope of possibilities for investors in equities. After […] Read Full Story

Why South-West govs are afraid of Buhari – Adebanjo

The acting Leader of the pan-Yoruba socio-political organisation, Afenifere, Chief Ayo Adebanjo, shares with TUNDE AJAJA his thoughts on his new position and the position of the group on some national issues Following your emergence as the new leader of the Afenifere, some persons are asking what the succession plan would be for Afenifere, given...

The post Why South-West govs are afraid of Buhari – Adebanjo appeared first on Punch Newspapers.

Ngozi Okonjo-Iweala looks set to be confirmed Monday as the first woman and first African leader of the beleaguered World Trade Organization, a near-paralysed institution desperately needing a kick-start. The WTO has called a special general council meeting at which the former Nigerian finance minister and World Bank veteran is expected to be formally selected […] Read Full Story