Nigeria receives nearly 4 million vaccines from COVAX
Nigeria took some steps forward in its fight against the Covid-19 vaccines as it received 3.94 million doses of the AstraZeneca vaccine during the week, the third and largest delivery so far to an African country by the COVAX program. COVAX is an international coalition set up to give equal access to the vaccine to all countries. The delivery of the AstraZeneca vaccine is part of an overall 16 million doses planned to be delivered to Nigeria in batches over the next months by the COVAX Facility. A 42-year-old Ngong Cyprian, a doctor who has spent the past year treating COVID-19 patients became the first person in Nigeria to be vaccinated against the disease on Friday.

Gunmen release hundreds of Kidnaped school girls
A few days after the kidnapping of hundreds of girls from their boarding school in the northwest Nigerian state of Zamfara, parents’ breath a sign of relief as the girls were freed. But relief at their return has been tempered by concern over the circumstances of their release. A series of similar school abductions in recent months has led many Nigerians to worry that regional authorities are making the situation worse by letting kidnappers go unpunished or paying them off.

Njide Okonjo-Udochi, sister to Okonjo-Iweala becomes first black female to emerge physician of the year in US
While we are still celebrating Ngozi Okonjo-Iweala for making history as the Director General of the World Trade Organization, her sister Njide Okonjo-Udochi has also joined in as she is the first black female in the United States to bag the prestigious award of the physician of the year. This award was bestowed on Okonjo-Udochi by the Maryland Academy of Family Physicians (MDAFP).

Oil hits almost 14-month high after OPEC+ extends output cuts
Oil prices jumped 2.3 percent to $68.26 on Friday, hitting their highest in nearly 14 months after OPEC and its allies agreed not to increase supply in April as they await a more substantial recovery in demand. For Africa’s biggest oil producer, a signal of higher oil price is always a blessing in terms of improved earnings. However, it might end up becoming a problem for the nation’s downstream sector, which still allows the price of petrol to be remotely controlled. If oil exceeds the $70 mark, Nigerians would have to prepare for higher pump prices of PMS of at least N200 a litre in the coming weeks, without subsidy from the Nigeria National Petroleum Corporation (NNPC)

Nigeria has the list affordable internet in the World
Although Nigeria might be experiencing increasing broadband penetration but it has the least affordable Internet in the world. According to a report by Surfshark Digital Quality of Life report 2020, Nigerian ranks 85th out of 85 countries indexed in the report. Of the six African countries studied in the report, South Africa ranks highest (34th) followed by Tunisia (64th), Algeria (66th), Morocco, (71st), and Kenya (74th) while Nigeria finishes the entire list at 85th. The Virtual Private Network firm curated the amount of time people need to work to afford the cheapest mobile and data plans available in the country.

E-call up system begins in Apapa but traffic returns few days after
It was a moment of joy for businesses and residents of Apapa, Nigeria’s premier port city, last week when they celebrated the introduction of an electronic call-up system which was an attempt to stop trucks from littering their environment and causing long hours of traffic for commuters. The week kicked off with roads almost empty of trucks and gridlock but a few days into the week, trucks returned into the road and gridlock seemed to have returned again. If the call-up system collapses, it means the party is over and long hours in traffic will return. 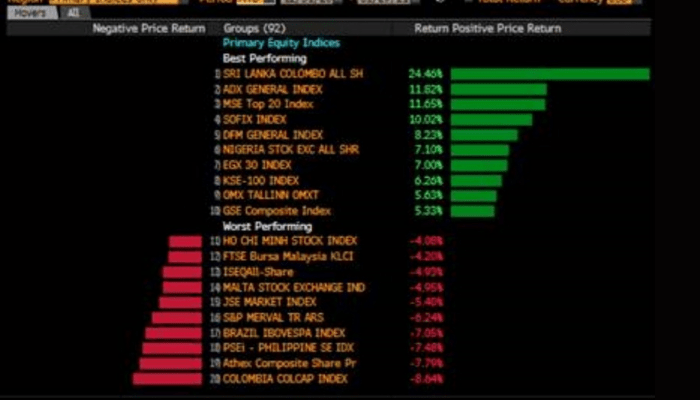 Equities ended the month +5.32% firmer. In USD terms (+7.10%), the NSE ranked 7th according to Bloomberg World Equities Index ranking. Oil & gas stocks finally halted the weeklong losing streak to finish higher, +0.63%. Ardova +8.57% and Oando +2.50% providing support. All other sectors were also finished in green, save for Industrials, with a […] Read Full Story

11 Plc, formerly Mobil Oil Nigeria Plc, has disclosed plans to delist its shares from the Nigerian Stock Exchange (NSE) by the end of the first quarter (Q1) 2021. 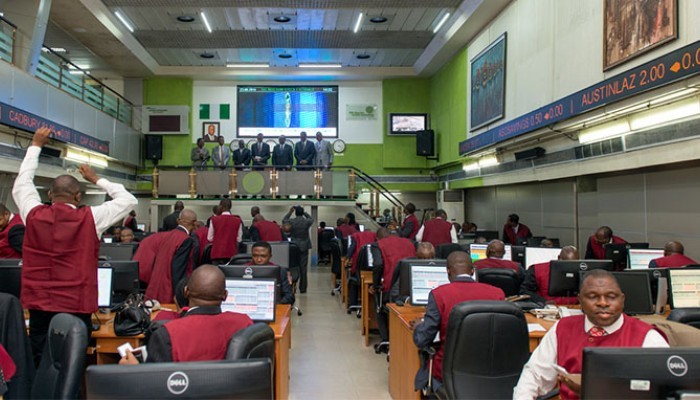