With UK venues closed because of the pandemic, theatregoers would love to travel forward in time to see a new show. One of the new musicals waiting for them will be The Time Traveller’s Wife, an adaptation of Audrey Niffenegger’s bestselling novel, with original music and lyrics by Dave Stewart and Joss Stone. It is set to open in the UK at the end of this year or in early 2022.

Stewart and Stone, who collaborated on the SuperHeavy album in 2011 and other recordings, have created the songs for the romance between Clare, an artist, and Henry, whose genetic disorder sends him hurtling into his past and future. In a statement, the songwriters said the experience had thrown them “into an eddy of emotive melodies and heart-wrenching lyrics to go with the push and pull of this unusual love story. We all time-travel in our relationships and in our lives in general, but to write something that people will see and hear happening live on stage is thrilling to imagine.”

READ  Prints, paradoxes and $70m for a digital collage – the week in art

Actor behind Blackstage UK web series says pandemic offers opportunity to address structural racism in artsBritish theatre needs to be “completely rebuilt” in the wake of Covid-19 to make it more accessible to people from diverse backgrounds, according... Read Full Story

January 30, 2021 Titilade Oyemade Uncategorized Comments Off on The Life of an Educator – A Review of Margaret Olayide Sasegbon’s Guided Footsteps 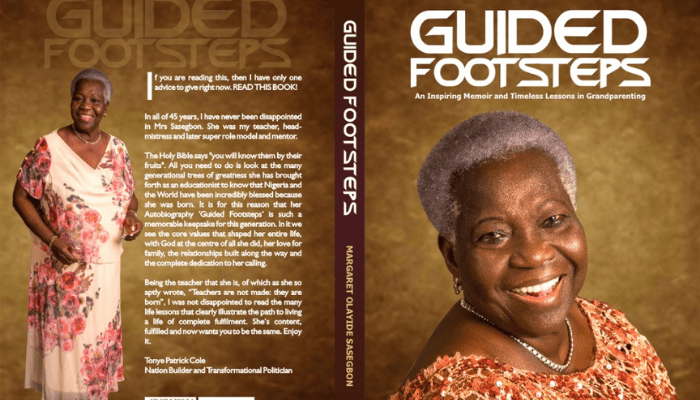 Title: Guided Footsteps: An inspiring memoir and timeless lessons in Grand parenting Author: Margaret Olayide Sasegbon Publisher: Jotham Publishing Year of Publication: 2020 Number of Pages: 200 Category: Memoir Guided Footsteps is a fascinating and easy to read memoir from one of the most respected and well known educationists in Nigeria. This enjoyable, informative autobiography […] Read Full Story

'Look after yourself my darling': letters salvaged from 1941 shipwreck

Archivists have painstakingly reconstructed the wartime missives recovered from the SS Gairsoppa, sunk by a U-boat off the Irish coastThe fragments of a 1941 love letter to a woman named Iris, found nearly three miles under the ocean in a shipwreck, ha... Read Full Story