Ten people, including the two pilots, died when a plane crashed Tuesday at an airstrip in South Sudan’s Jonglei state, the region’s governor said.

“It was with great shock and horror to receive the news of the plane crash (HK-4274) of South Sudan Supreme Airline that happened today the 2nd day of March 2021 at around 5.05 PM at Pieri Airstrip,” Governor Denay Jock Chagor said in a statement sent to AFP Wednesday.

“Ten people including the two pilots lost their lives.”

“We are here because we want to see the situation on the ground for ourselves and understand what we can do to alleviate the suffering of innumerable families who have been affected by floods,” said Alain Noudehou, Deputy Special Representative-Humanitarian, UNMISS, as he spoke with community leaders, members and local authorities on a recent trip to Bor and Panyagor, Jonglei state. “We’re also here to meet with communities and listen to them so that we can come up with a sustainable plan to prevent such devastation in future.” Torrential rainfall in the past few months has caused the waters of the Nile river to overflow across South Sudan. In and around Bor, which is located on the east of the White Nile, floods have destroyed homes and farmlands, displacing thousands and paralyzing essential services such as hospitals, local markets and schools. “Thousands of people, including the community in Panyagor, were […]

At least ten people, including the two pilots, died when a plane crashed at an airstrip in South Sudan’s Jonglei state, the region’s governor and the airline said. The airline said all aboard the commercial plane died late afternoon Tuesday when it took off from the airstrip at Pieri on a return flight to … END_OF_DOCUMENT_TOKEN_TO_BE_REPLACED Read Full Story 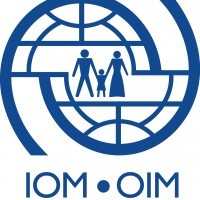 The International Organization for Migration (IOM) is mobilizing staff and resources to help the national authorities of Guinea and the Democratic Republic of Congo (DRC) prevent the spread of the Ebola virus disease (EVD) following the reports of new shoots in the last two weeks. . “We need rapid containment actions on all fronts so that we can save as many lives as possible and minimize negative impacts on people’s health, social and economic well-being,” said IOM Director General António Vitorino. “With both countries already dealing with COVID-19, health and other essential services are on edge.” IOM’s public health interventions use analysis of human mobility within and across international borders to inform specific preparedness and response measures for infectious disease outbreaks. In Guinea, as of February 17, three cases had been confirmed in the southeastern prefecture of N’Zérékoré, which borders Liberia and Côte d’Ivoire, and the capital, Conakry. This is […]

International Organization for Migration responds to Ebola resurgence in Guinea and the Democratic Republic of the Congo - NNN.