The Ministry of Health, Labour and Welfare of Japan announced on Tuesday that a Japanese woman in her 60s died several days after being administered a dose of the Pfizer vaccine.

The woman, said to have no underlying conditions or allergies received the shot on Feb.26.

She died on March 1, from what is presumed to be subarachnoid hemorrhage – a type of stroke affecting the space between the brain and the surrounding membrane.

The ministry said that it would launch a probe to establish if the woman’s death was related to the vaccine.

So far, there had been no reports of the Pfizer vaccine causing subarachnoid hemorrhages in Japan.

The American medication was approved in Japan on Feb. 14. Three days later, the country kicked off its vaccination roll-out for healthcare workers.

Severe side effects or fatalities ostensibly linked to the Pfizer/BioNTech vaccine had been reported in several countries.

In Norway, as many as 23 elderly citizens reportedly died after receiving the vaccine.

The World Health Organisation (WHO), however, stated that it was not “aware” of any deaths linked to the vaccine.

On Monday, Japan received its third batch of Pfizer shots, nearly two weeks after the country approved the American vaccine.

The country launched the first steps of its vaccination effort on Feb. 17, offering inoculations for medical workers. (Sputnik/NAN) 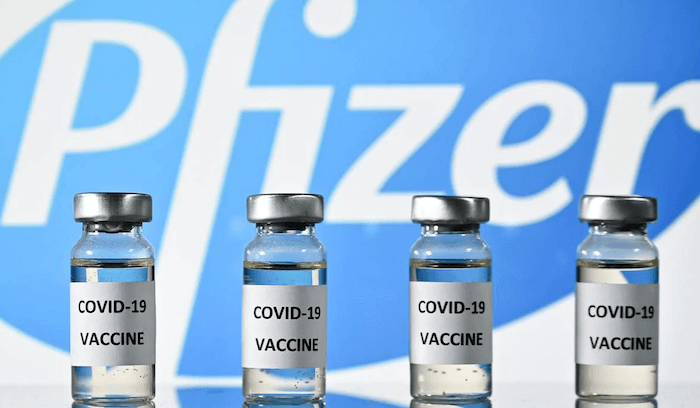 The World Health Organization (WHO) on Saturday said Nigeria and other African countries would not receive Pfizer’s Covid-19 vaccines because of a number of factors, including the limited capacity for Pfizer to handle many countries at once. WHO Country Representative in Nigeria, Walter Mulombo-Kazadi, who stated this at a press conference hosted by the National […] Read Full Story

Pfizer-BioNTech’s Covid-19 vaccine appears to reduce symptomatic coronavirus infections by more than 90% in the real world, Israeli researchers have said. It is the first real world view of the power of vaccines to contain the deadly pandemic and the findings, while preliminary, suggest that the vaccine remains remarkably effective in a mass vaccination campaign […] Read Full Story

EU To Get Four Million Extra Pfizer Doses For ‘Hotspots’

The EU will receive an extra four million BioNTech/Pfizer vaccine doses over the next two weeks to be deployed to Covid-19 “hotspots”, European Commission chief Ursula von der Leyen said Wednesday. The delivery — over and above already agreed supplies from the vaccine-maker — will go to affected border regions within the bloc to … END_OF_DOCUMENT_TOKEN_TO_BE_REPLACED Read Full Story