President of the African Development Bank, Akinwumi Adesina has revealed that insecurity has become the major challenge to Africa’s development.

According to him, if insecurity is curbed, the Africa as a whole can develop as a continent with investments and other opportunities.

He took to his twitter handle and asked the leaders to ensure security stability in Africa as terrorism is shrinking Africa’s investment space and robbing us of growth.

“Insecurity is now the number one challenge to Africa’s development. Terrorism is shrinking Africa’s investment space.

We must ensure security stability in Africa. Africa needs new financial instruments to protect and secure investments in countries and regions against rising insecurity.

The President of Africa Development Bank, Akinwumi Adesina, has advised the global community to share surplus vaccines as the world battles the COVID-9 pandemic. The former Minister of Agriculture, in a thread on Twitter, said doing otherwise “is like protecting one’s house alone in the midst of a raging forest fire in the neighbourhood.” He […] Read Full Story 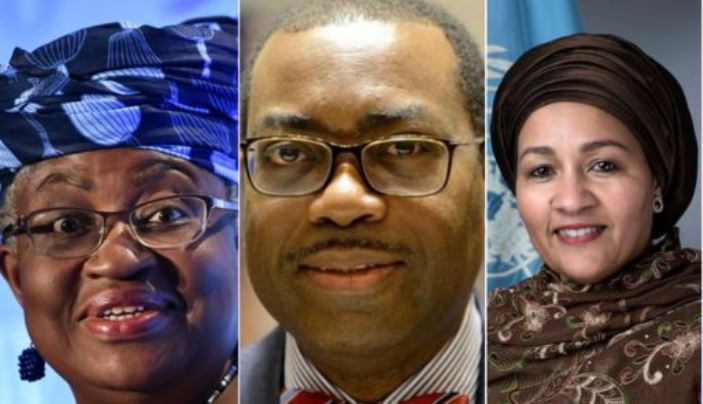 The occupation of exalted positions by some Nigerians on the international scene simply shows that the inept political leadership in the country is not in our nature but an attitude problem. Ngozi Okonjo-Iweala was recently appointed as the director-general of the World Trade Organisation (WTO). Someone remarked that her appointment to the key post “at […] Read Full Story