Suspected armed members of Boko Haram sect, according to sources, are attacking Dikwa Local Government Area of Borno State after withdrawing at about 12 noon on Tuesday; they had captured the town on Monday evening.

This is even as Gajiram, the headquarter of Nganzai Local Government Area of the state, has also been invaded, sources have said.

Reliable security reports indicated that “Unconfirmed information revealed that Gajiram is under attack by Boko Haram terrorists, furthermore, it is also reported that Dikwa is being attacked again.”

The Governors Forum of the Peoples Democratic Party (PDP) has pledged its support for the Federal Government to tackle the security challenges in the country. Members of the forum led by the governor of Sokoto State, Aminu Tambuwal, declared their support for the government at a meeting held on Thursday in Abuja, the nation’s … END_OF_DOCUMENT_TOKEN_TO_BE_REPLACED Read Full Story

Olalekan Adetayo Following the series of mass abduction of schoolchildren by Boko Haram terrorists and other criminals in the northern part of the country, the Federal Ministry of Education says it has begun the relocation of pupils from Borno, Yobe and Adamawa states to other states. It also said the Safe Schools Initiative of the […] Read Full Story

Insecurity and the four wisemen: Historic, or a “footnote”? (1) 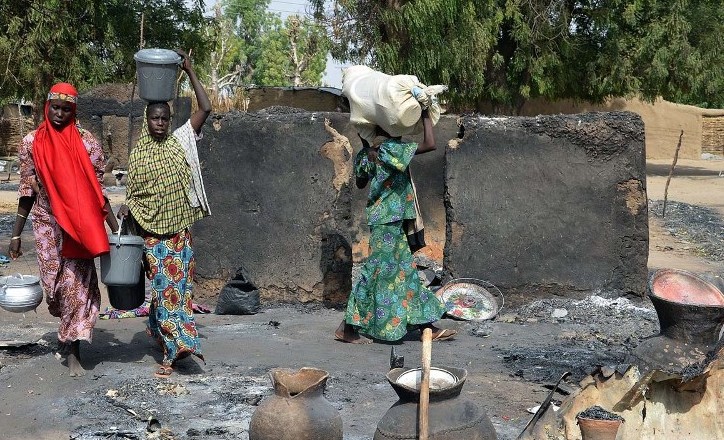 Just like teaching, engineering, and other professions, the military is a noble profession. Frankly, the military – Army, Navy and Air Force – is one of the noblest professions ever known to man. The military by its very nature builds warriors to protect and defend the nation against all forms of threats. If you are […] Read Full Story