THE Management of Dangote Petroleum Refinery and Petrochemicals, Thursday, expressed commitment to protecting the shorelines and fishing in Lekki coastal environment, thereby allaying the fears of fishermen and other residents in the area.

The company, which noted that its Dangote Jetty has been constructed with Sandbar Breakwater technology, a unique concept that follows the building-with-nature philosophy, added that it is also capable of reducing coastal erosion and protecting the shorelines by interrupting wave energy and allowing sand to accumulate along the coast.

Speaking at a community engagement in Lagos, General Manager (Survey), Dangote Oil Refining Company Limited, Rajnish Kumar Gupta, who spoke on behalf of the Head, Maritime & Ports Infrastructure, Dangote Oil Refining Company Limited, Capt. Rajen Sachar, said: “Sandbar Breakwaters don’t interfere with wildlife habitats. They may change how wave transmission energy occurs, but this doesn’t change the fact that animals will still have a place that they can call home.”

Sachar stated: “A conventional breakwater that consists of rock would lead to fast coastline advance at the west side, ultimately burying the expensive rock and thereby losing its function. The Sandbar Breakwater is designed as such that it mostly consists of sand. The Sandbar is morphologically dynamic and nature shapes it to an equilibrium stable profile.

It minimises the use of hard materials (rock) and thereby makes optimal use of locally available materials.

“The Sandbar profile ensures a continuously safe and calm harbour basin. A small scale sand engine at the downdrift side of the port (East) temporarily mitigates the coastal retreat. Continuous down drift coastline retreat is an inevitable part of a construction of a port. This can be mitigated by the deployment of a sand engine from time to time.”

On the ecosystems, he said: “Breakwater is an artificial offshore structure protecting a harbour, anchorage, or marina basin from water waves. Breakwaters intercept longshore currents and tend to prevent beach erosion and by changing wave direction, which reduces longshore drift. Breakwaters are barriers built offshore to protect part of the shoreline. They act as a barrier to waves, preventing erosion that can impact on communities.”

According to him, “The facility consists of hard standing area and Jetty Quay built on Secant & Anchor piles (138m long) with an attached isolated mooring dolphin (at 52m from the edge of quay wall). Its approach channel is 130m wide with a turning basin diameter of 300m and a depth of -8m CD.

It is designed with both the RoRo Ramp (length 30m and width of 22m) or LoLo (Lift-on Lift-off) capability depending upon the nature and size of cargoes. DQL Jetty is equipped with 1 no of 750 Tonne Crawler Crane and 2 nos of 260 Tonne Mobile Crane. The Jetty has a soil stabilised back up pavement covering approximately 17,750 square metres, available for stacking the cargoes prior to their onward movement to the refinery.”

The General Manager, who noted that the project would reduce the pressure on the road as a result of transportation of personnel to the Dangote Oil Refinery site, said the jetty would eliminate road transport risk and support the timely and successful construction of the refinery in line with the aspiration of Nigerians and investors.

The Lagos State High Court sitting in Ikeja has convicted and sentenced a former General Manager of Dangote Industries Limited, Raymond Akanolu, and two others for $32,000 insurance fraud. Also convicted by the court presided over by Justice S.S. Ogunsanya were Mojisola Aladejobi and Balogun Alaba. A statement by the Economic and Financial Crimes … END_OF_DOCUMENT_TOKEN_TO_BE_REPLACED Read Full Story

Those who watch the weather neither sow nor reap 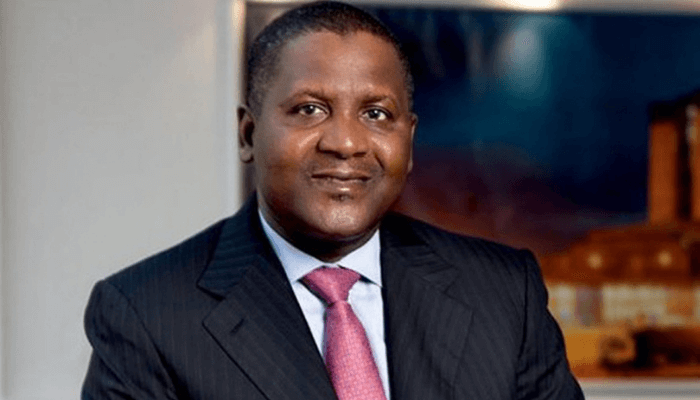 ’Femi Asu Dangote Group has suggested for inclusion in the Petroleum Industry Bill a provision that the licence to import petroleum products should be assigned only to companies with active refining licences. The company, which is building a 650,000-barrels-per-day refinery in Lagos, said this would encourage investment in local refining. The Chief Strategy Officer, Dangote […] Read Full Story