THE appointment of Ngozi Okonjo-Iweala as the first female and first African director-general of the World Trade Organisation has elicited pride among Nigerians, Africans and women worldwide. She overcame stiff competition from an initial field of eight candidates, including another female, Yoo Myung-hee, the South Korean backed by the United States. Confirmation of the appointment was delayed by the riotous Donald Trump administration. She comes to the post at a time of unprecedented tumult in the global economy disrupted by the COVID-19 pandemic that ruptured international trade and national economies. As the world’s top trade diplomat, she will need all the skills and goodwill she acquired as an insider in the global financial bureaucracy to help restore the world’s economic equilibrium.

For Third World countries that perform poorly in global trade, her appointment should rally them to build up their competitive edge and improve their balance of trade. For Nigeria, beyond the pride of having a compatriot occupying the prestigious seat, it should draw attention to its poor standing in global commerce, its mono-product export status and the imperative of leveraging its material and human resources to industrialise and transform to an export-led economy.

Set to formally resume on March 1, Okonjo-Iweala, 66, who served two separate stints as Nigeria’s Minister of Finance under presidents Olusegun Obasanjo and Goodluck Jonathan, has already set out her goals: to make the WTO stronger, “more agile, and better adapted to the realities of today” and getting the global economy running again. She has committed to ensuring that as “a very top priority,” the WTO addresses the COVID-19 pandemic, in particular to “make vaccines, therapeutics and diagnostics accessible in an equitable and affordable fashion to all countries, particularly to poor countries.”

These are not easy tasks. With lockdowns and trade disruptions, global GDP dropped by 4.4 per cent in 2020, said the International Monetary Fund. In the first three months of 2020, 305 million jobs, 10.5 per cent of the global workforce, had been lost, said the International Labour Organisation, adding that 1.6 billion workers in the informal sector faced danger of loss of livelihood. Global debt total rose to $281 trillion by December, according to Bloomberg, representing 355 per cent of global GDP as governments, households and companies raised $24 trillion in new debt to offset the economic rout.

As total infections reached 112.1 million and 2.5 million deaths from COVID-19 on February 23, 213 million doses of vaccines had been administered across 95 countries, but vaccination has been robust in richer countries, skeletal in poorer ones. With no vaccines of their own, Nigeria and most of Africa are largely left out, relying on donors and NGOs to get the job done.

Established in 1995 arising from the Uruguay Round of talks within the framework of the General Agreement on Trade and Tariffs, the WTO is the global international organisation dealing with the rules of trade between nations. Its 164-member countries account for 98 per cent of world trade and its primary functions are to administer the WTO trade agreements, serve as a forum for trade negotiations, handle disputes, monitor national trade policies and offer technical assistance and training for developing countries.

The sad reality is that international trade — transactions in goods and services between countries — are heavily skewed against developing countries. Getting out of the rut requires grit and creative policies. Okonjo-Iweala will need to tap from her diplomatic skills from her time at the World Bank, where she was once managing director, to curb the propensity of rich nations violating the rules while coercing Third World countries to abide.

READ  COVID-19 one year after: Letting our guards down

The WTO seeks to facilitate free trade and the breaking down of barriers like restrictive tariffs, bans and import quotas among other protectionist measures. It is a major building block in globalisation and linking of the world into a single marketplace, facilitated by advanced transport, communications and technology. Ironically, today’s rich countries transited to industrialised, diversified export-led economies through protectionist policies that expedited the development of domestic production. With advanced infrastructure, means of production and investment, the rich nations overwhelm weak economies like Nigeria. According to the Central Intelligence Agency’s World Factbook, of the $18.74 trillion total global value of export products in 2019, the top 20 countries accounted for 72 per cent.

The way out for Nigeria and other emerging economies is to restructure the economy, transit from commodity dependency to industrialisation and export diversification. Nigeria has advantages in natural resources that some of today’s high performers such as Japan, Singapore and Israel do not have. The federal and state governments can drive change by liberalising the operating environment, investing in infrastructure and rural infrastructure, health and education. They should tap the rich and diverse lodes of minerals, agriculture and human capital.

China, recalled a Brookings Institution research paper, refused to join the WTO until it was ready in 2001. It remained “shallowly integrated” into the world economy, erecting stiff protective barriers and outright closure to critical sectors of its domestic economy. India did not join either until 1995, having protected its textiles, automobile and steel industries through policies sustained since the early 1960s and doggedly pursued by successive governments irrespective of party. As of 2019, Statista ranked China the world’s top exporting nation, India the 18th; Nigeria came in at 48th, driven mostly by crude oil that provides 90 per cent of its export earnings.

While the WTO should work harder to help disadvantaged countries by structuring a more equitable system, the onus is on Nigeria to power its way out. Brazil’s $400.54 billion exports earned it the 19th exporting nation spot after a series of liberalising reforms. The Asian Tigers were also once similarly disadvantaged, but through visionary leadership, became export champions. Nigeria should restructure its economy for productivity and diversification: privatisation should be efficiently and honestly pursued with haste; the power sector deserves emergency attention as industrialisation cannot thrive without it; critical infrastructure must be provided and upgraded – ports, refineries, steel plants, airports, highways and power – with the private sector leading. The states should devise effective economic policies to attract investment, promote start-ups and SMEs, mining and agriculture to create jobs. Emphasis should also be on ICT and innovation.

Countries prioritise their national interests. Nigeria should too. Okonjo-Iweala should lead the WTO to exert pressure on countries like the US and China that break the trade rules at will while squeezing emerging countries that seek to protect their own fledgling industries.

To benefit from the WTO, the African Continental Free Trade Area and ECOWAS, Nigeria must reset its disarticulated, consumptive economy to a productive, diversified one. 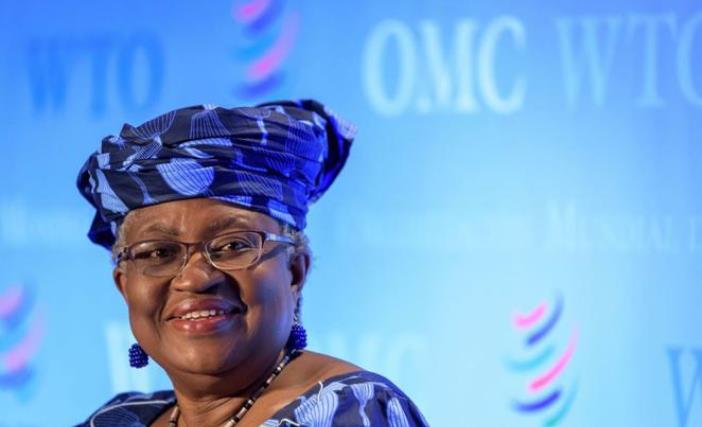 The endorsement of Nigeria’s Ngozi Okonjo-Iweala by the Biden administration in the US has brought a blitz of global media spotlight for the former finance minister now poised to become the first woman head of the World trade organization, WTO. Her candidacy had been firmly opposed by the now disgraced Trump administration which blocked Okonjo […] Read Full Story

FOURTEEN years after its establishment and nine years after issuing the first unique National Identification Number, the National Identity Management Commission is still battling to enrol Nigerians. Worse still, the renewed attempt by the NIMC to enlist the citizens is bedevilled by sluggishness and lack of capacity, all leading to widespread allegations of fraud at […] Read Full Story

The Nigerian Union of Traders in Ghana (NUTAG), said the appointment of Dr Ngozi Okonjo-Iweala as the Director-General (DG) of the World Trade Organization (WTO) would boost trade cooperation around the world. The President of the union, Mr  Chukwuemeka Nnaji, stated this on Monday during a telephone conversation with the News Agency of Nigeria (NAN)
Read More