The Minister of Finance, Budget and National Planning, Zainab Ahmed, on Wednesday, attributed Nigeria’s exit from recession to the nation’s fiscal and monetary policies as well as the Economic Sustainability Plan.

Ahmed stated this while speaking with State House correspondents at the end of the weekly meeting of the Federal Executive Council presided over by the President, Major General Muhammadu Buhari (retd.), at the Presidential Villa, Abuja.

The minister said she briefed the council on the nation’s recent exit from recession.

She said, “This is one of the shortest-lived recessions we have witnessed in the country, despite the impact of the COVID-19, but I must say that this exit is as a result of the fiscal policies, the monetary policies and the Economic Sustainability Plan that the administration of President Muhammadu Buhari has been implementing.

“In real terms, the growth between the third quarter and the fourth quarter is a positive growth of 3.73%, a movement within one quarter we have never witnessed in this country, so we’re growing from one quarter to another by 3.73%.”

READ ALSO: Stop disrespecting me or I will work against you, Fayose threatens Makinde

The minister said another positive story for the country was that the non-oil sector grew by 1.69%.

This, she said, was an indication that the diversification efforts that the economy has been pushing is also posting results.

“Just of note is that we had vigorously implemented the Economic Sustainability Plan and we continue to implement the ESP.

Responding to a question, the minister said the regime was concerned about the smuggling of rice into the Nigerian markets which she said, if allowed to continue, would distort local production.

She expressed the belief that security agencies will heighten the level of activities in their work to be able to stop smuggling activities.

On the reduction of import duties on mass transit vehicles, she said it was meant to reduce the cost of transportation.

“We figure that one of the good ways to do it is to reduce acquisition cost of vehicles and tractors that are used for productive purposes like agriculture.

The Minister of the Federal Capital Territory, Mohammed Bello, said the council approved three contracts for the FCT.

According to the minister, the contracts include that of the rehabilitation of the road leading to the Federal Integrated Staff Housing Estate in Apo, Abuja (N2.3bn); construction of an access road and car park for the Abuja light rail station at Ring Road II (N3.6bn); and the purchase of two towing vehicles and a crane for use by the Directorate of Road Traffic Services (N3.072bn).

The Minister of Health, Osagie Ehanire, on his part, said the council approved the two memoranda in favour of the National Agency for Food and Drug Administration and Control.

“Both memos are procurement memos to upgrade and scale up the capacity of NAFDAC to be able to detect fake and substandard drugs and other materials,” he said.

One of the approvals, the minister said, was for the procurement of about 40 mobile scan devices to be able to recognise fake and substandard drugs brought in either across the border or found within the country.

The second contract, he said, was about upgrading NAFDAC’s six laboratories for testing materials that are brought into the country.

The Guardian view on economic predictions: no time to bank on a recovery

When Andrew Haldane claims post-Covid UK is ‘poised like a coiled spring’, he does no favours to either his reputation or the debate over the futureTo state the blindingly obvious, the chief economist of the Bank of England, Andrew Haldane, is an intel... Read Full Story

Nigeria limps out of recession in Q4 with 0.11% growth 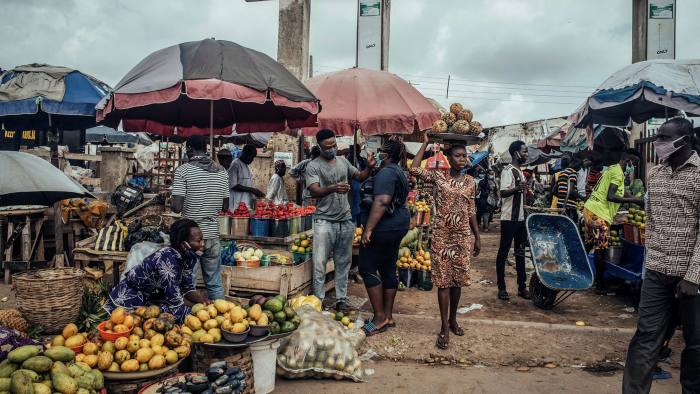 After contracting for two consecutive quarters, the Nigerian economy managed to limp out of recession in the fourth quarter of 2020, beating projections from the International Monetary Fund (IMF) and the World Bank, both of which predicted Africa’s biggest economy to exit recession in 2021. Real GDP growth, which measures total monetary value of economic […] Read Full Story

Counting down to recession exit, the challenges, the prospects

By Emeka Anaeto, Business Editor In 2021, starting this first quarter, Q1’21, all expectations are focused on reversal of the depressing macroeconomic figures which had pushed Nigeria into recession in Q3’20. This is despite the resurgence in the COVID-19 debacle, which was the main cause of the recession. Both the fiscal authorities led by the
Read More

The post Counting down to recession exit, the challenges, the prospects appeared first on Vanguard News.