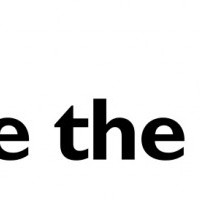 Save the Children was one of the first aid agencies to reach Axum in Ethiopia’s Central Tigray region earlier this month, providing essential food distributions to more than 4,300 people.

The children’s rights organization distributed food, shelter and hygiene items to thousands of displaced children and their families – the first on-site distributions in more than three months.

Large numbers of people displaced by the recent conflict in Tigray have fled to Axum, with more than 6,000 displaced people currently seeking refuge in overcrowded schools, makeshift camps or in the homes of local families.

Since arriving in Axum in early February, Save the Children has met families who have not eaten for days and who lack access to vital health services as medical supplies in hospitals are severely limited. Save the Children has provided essential food assistance and other supplies to more than 1,063 families, or 4,368 people, but the region is in desperate need of additional support.

Health workers spoke to new mothers and found that many had had to opt for unassisted home births because they could not access medical services due to the conflict and the curfew. This has resulted in multiple cases of obstructed labor, uterine rupture, severe bleeding and other very dangerous complications for mothers and babies, resulting in maternal death or permanent disability for the child.

Many new mothers have told Save the Children staff at food distribution sites that they have difficulty breastfeeding because they don’t have enough food to produce enough breast milk for their babies.

Terhas *, 22, and her four-month-old baby Mulu * received a food basket from Save the Children in February. Mulu was only one month old when Terhas fled violence in northwest Tigray, walking two days and then taking a tractor to find safety with a host family in Axum. “I am not producing enough milk because I am not getting enough food. Most of the time, I only eat one meal a day. There is not enough food for the people who live here. We don’t have the money to buy food, so most of the time I have to beg the local community to feed me. Many other women like me have to beg for food every day in order to feed their children ”. Terhas said.

While Save the Children is currently working in Axum, the agency still has limited access to the thousands of people displaced by the conflict. In addition, as humanitarian aid convoys are increasingly permitted in the region, essential personnel needed to deliver and monitor distributions face access challenges.

Ekin Ogutogullari, Country Director of Save the Children in Ethiopia, said: “The arrival in Axum with food aid could not have happened a moment later. Children and families desperately need the most basic support – food, shelter, medicine. At this point, the help is simply not enough. It is essential that more aid agencies have access so that more supplies can reach those most in need. “

“The humanitarian situation in Tigray is critical, with hundreds of thousands of people still not having received aid for more than three and a half months. Before the conflict, there were already some 600,000 people in Tigray facing food insecurity, drought and the worst desert locust infestation in 25 years, which has reduced food production and increased the incidence of disease. malnutrition. The conflict made matters worse. Without access and additional resources, no extension of protection and other services can take place to reach those who desperately need them. “

Save the Children distributions in Axum are part of the agency’s humanitarian response to the conflict in Tigray, which since January 2021 has reached 6,584 people, including 3,632 children. Save the Children’s response covers central and eastern parts of Tigray, northern Amhara and the Afar / Tigray border region, as well as Sudan where the agency supports refugees displaced by conflict.

There are 1.3 million people in the region in need of humanitarian assistance, in addition to 950,000 people who needed assistance before the conflict in Tigray. About 500,000[3] displaced people across the region are in urgent need of essential aid supplies. Save the Children calls on the Ethiopian government to scale up humanitarian aid, as well as the continuity of social services already in place, to ensure that children and their families have enough food to eat, shelter and have access to essential medical care. services, including psychosocial support.

Vaccination against the Ebola virus of high-risk people began today in Guinea as the emergency response was stepped up to counter the spread of the virus which reappeared in the country just over a week ago for the first time since 2016. Vaccination was launched in Gouecke, a rural community in N’Zérékore prefecture where the first cases were detected on February 14. The Minister of Health and Public Hygiene of Guinea, General Remy Lamah, the Resident Coordinator of the United Nations, Vincent Martin, the Representative of the World Health Organization (WHO) in Guinea, Dr Georges Ki- Zerbo and UNICEF Guinea Representative Pierre Ngom were among the officials at the event. Vaccination uses the “ring strategy” where all people who have come into contact with a confirmed Ebola patient receive the vaccine, as well as frontline and health workers. The launch began with the vaccination of health workers. “The last time […]

Vaccination against the Ebola virus begins in Guinea to stem a new epidemic - NNN.

A network of more than 700 trained Red Cross volunteers has been activated as part of a first wave of response to the new Ebola outbreak in the rural community of Gouéké in Guinea’s N’Zerekore prefecture. Drawing on their experience during the 2014-2016 West African Ebola outbreak, Red Cross teams are rushing to contain a further spread of the virus. Mohammed Mukhier, Regional Director for Africa of the International Federation of Red Cross and Red Crescent Societies (IFRC) said: “Time is of the essence. The resurgence of the virus in Guinea comes at the worst possible time when the country is already facing the COVID-19 pandemic. There are reasons for fear, but there are also reasons for hope. While we are extremely concerned, we are also reassured by the lessons we learned from previous outbreaks and recent medical advances. “ More than 11,000 people died during the worst Ebola outbreak […] 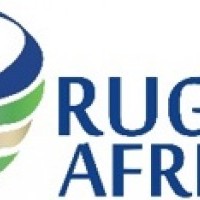 A little over a year ago, few people outside of South African rugby circles would have heard of Babalwa Latsha. That changed dramatically in January 2020, when the law graduate from Khayelitsha made history as the first professional rugby player in South Africa – and Africa. Since then, she has racked up accolades – and inspired a new generation of potential players as an #Unstoppable Rugby Africa Ambassador. “My journey in rugby has been quite explosive and inspiring,” admits Latsha, who was introduced to the sport in college and “has never looked back”. “Sport has given me a kind of refuge, and I hope that women’s rugby becomes a refuge for many young women, opening up life-changing opportunities, coupled with a solid education. I would love to see women’s rugby, especially in Africa, grow in leaps and bounds and become a massive global force. This unwavering passion for rugby, and […]