Forty homeless people in Saint Petersburg received coronavirus vaccine jabs on Sunday, under a charity initiative that has  received the backing of local officials. “Here there are many people at risk. It is important for them to be vaccinated,” said Taysia Suvorova, of the Nochlezhka non-governmental that  organisation provides aid to the homeless in Russia’s second city. The 40 people receiving the vaccine are currently housed by the charity.
READ  Russian Court Jails Navalny As Over 1,400 Protesters Detained
According to official figures there are 15,000 homeless people in the former imperial capital, out of a total population of five million. Nochlezhka believes the real figure is at least double that. “Some people have been saying controversial things about the vaccine, but I think there are more advantages than negatives,” 57-year-old Galina Ivanovna told AFP, after receiving the first dose of the vaccine.
READ  Mexico leader says tested negative after Covid illness
“I’m pretty happy to do it,” she added.

Fellow recipient Aleksandr Suvorov, 60, echoed her sentiment, adding that the vaccine was a good thing “because the situation is complicated with coronavirus”. An NGO has already launched a similar initiative for the homeless in Moscow, aided by the authorities in the Russian capital. Russia registered its first coronavirus vaccine, Sputnik V, back in August.
READ  Russian police raid homes of Jehovah’s Witnesses
A second Russian vaccine , EpiVacCorona, was approved in October 2020. The country officially launched its programme of mass vaccinations in January. On Saturday Russia announced the registration of its third coronavirus vaccine Kovivak. According to official figures, 4.6 million coronavirus cases have been registered in Russia, 83,293 of wich have proved fatal. [AFP] Vanguard News Nigeria The post Russia starts giving Covid vaccine to homeless appeared first on Vanguard News.

Nigeria Has Tested 1.3m Persons For COVID-19 So Far – Fayemi

Nigeria has tested 1.3 million persons for COVID-19 so far since the virus hit the country in February 2020. Read Full Story 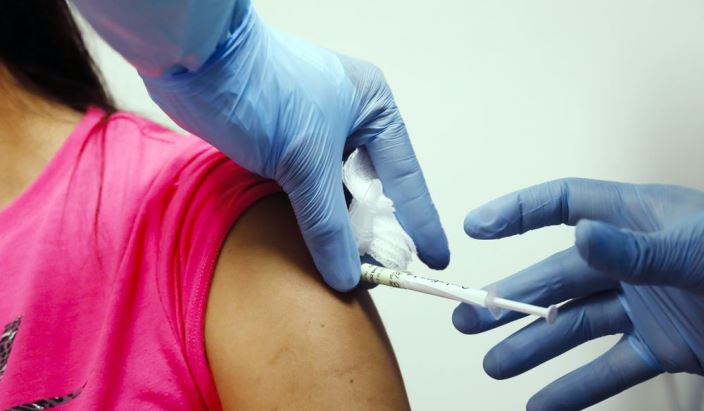 A new study has been launched in Britain to assess the immune responses generated if doses of the COVID-19 vaccines from Pfizer Inc and AstraZeneca Plc are combined in a two-shot schedule. The British researchers behind the trial said data on vaccinating people with the two different types of coronavirus vaccines could help understanding of […] Read Full Story

A Moscow court on Tuesday granted a prosecutors’ request for Kremlin critic Alexei Navalny to serve prison time for violating the terms of his parole. Judge Natalya Repnikova ordered a suspended three-and-a-half-year sentence Navalny received in 2014 to be changed to time in a penal colony, an AFP journalist at the courthouse said. Navalny’s team immediately called for … END_OF_DOCUMENT_TOKEN_TO_BE_REPLACED Read Full Story