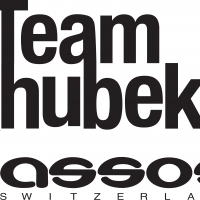 Team Qhubeka ASSOS (formerly NTT Pro Cycling) (TeamQhubeka.com), the African UCI WorldTour team, only secured its future in the final months of 2020 and as such, compared to many of our competitors, entered the new season rapidly bringing all critical parties together to be fully operational, at the highest level, by the time racing resumes in 2021.

The team has competed in Étoile de Bessèges and Tour de la Provence, showing strong form at the beginning of the season and the culmination was a first victory for Team Qhubeka ASSOS by European and Italian champion Giacomo Nizzolo in the Classic of Almería.

“The three races in which we have been involved, to start our season: Besseges, Provenza and Almería, represent 10 races and two overall classifications. In total, there are 12 classes, in which the Qhubeka ASSOS team has won a race and also secured another four places in the top 10 ”, says Michaelsen. “If you consider some of the financial conditions the team was in and from which we built the roster, we couldn’t have realistically expected those kinds of results so soon.”

Almost all the Team Qhubeka Assos riders gathered near Girona for a pre-season training camp in late January, which seems to have laid the groundwork for some of these early successes, as Michaelsen illustrates.

“From camp, where we unfortunately did not have Sergio Henao and Dylan Sunderland available, my goal was, and still is, to instill the spirit of ‘One Team’. This will be a constant theme throughout the season and, in fact, fits perfectly into the core philosophy of our Ubuntu team: I am because we are. You will see that phrase stamped on all our vehicles, as well as on the neck of the racing shirts of our cyclists.

Michael Gogl finished sixth overall on a very strong course at Bessèges and Giacomo Nizzolo ran impressively; whereas in Provence there was a clearer picture of where some of our climbers are at the moment, giving us hope for races later in the season. Fittingly, it was the European and Italian champion who scored our first victory.

“Every professional team wants to win and, if possible, from the beginning of the season. With Giacomo Nizzolo’s victory in the Clásica de Almería we achieved exactly that, both a good victory and an early victory. Our hope throughout the season is that we can choose our days and surprise here and there. Of course, these moments have to fall into what is reasonable to expect from our team. “

Michaelsen isn’t getting ahead of himself yet and knows that experience dictates that there will be some tough challenges ahead, for which the team will be well prepared.

“Racing always highlights the areas of success and improvement. I’m happy that Douglas Ryder gave me the freedom and trusted me when we had to put together this 2021 team and I’m proud of the sports management group around me. We have a good balance between preparing and planning things, but also managing things as they come. Like most teams, we have already experienced some crashes and other setbacks, but the spirit is to keep going, which is also reflected in the feedback from our field staff regarding any needed or desired improvements that need to be made.

“That constructive feedback loop is crucial for us to try to improve things. From the three races that we ran, we pulled out some great elements that are problems that need to be solved and aspects that are very encouraging; not all of them may be obvious to the public, but how “One team”, we will use them to build and improve for the season ahead. “

Qhubeka ASSOS team makes a better start to the 2021 season than expected - NNN.

Suriname Oil Discoveries are Cause for Celebration, but Only If We Apply Proven Lessons to Make it Work for Everyone (By Clarence Seedorf and NJ Ayuk)

By Clarence Seedorf (Chair, Black Impact Foundation) and NJ Ayuk (Chair, African Energy Chamber [www.EnergyChamber.org]) There’s no question that the COVID-19 pandemic has sent global energy markets reeling. Oil and gas has undeniably been one of the hardest-hit industries, with prices still struggling to rebound from the collapse in demand during the first quarter of 2020. Coupled with increasing concerns about climate change and its effect on conventional energy production, it seems difficult to find a bright spot.  But there is one, and it’s Suriname. In the year since news reports first began describing a novel coronavirus in China, the resource-rich waters off the South American nation have become the target for increased drilling activity, and a growing number of producers are taking a chance on the region’s potential. Last April, for example, Apache Corporation and Total reported a significant oil offshore discovery. The successful Sapakara West-1 well was actually […]

Suriname Oil Discoveries are Cause for Celebration, but Only If We Apply Proven Lessons to Make it Work for Everyone (By Clarence Seedorf and NJ Ayuk) - NNN.

In anticipation of the 2021 CAF U-20 Nations Cup final, a joint press event entitled “Ceremony of African Unity” is being organized at the Palais des Congrès in Nouakchott, Mauritania.

A difficult end of reign for Ahmad Ahmad

A difficult end of reign for Ahmad Ahmad - NNN.