TV reality star Khanyi Mbau in an interview with Kaya FM radio host Sizwe Dhlomo has revealed why she only dates guys in her tax bracket.

The media personality has recently revealed why she goes in for wealthier men and sometimes good-looking. Khanyi revealed she no longer goes for love when entering into a relationship due to her past experience. She further went on to say that she goes in for the money but love can come afterward.
READ  ‘The Disrespect. It’s Racist Actually’ – Kgopolo Mphela Says As He Reveals An American Company Wants Him To Work For Them For Free

The thing is with my relationships I treat them like how I buy a car or a house … you know what you want in the house. I know what my requirements are and I’m not going to back down, she said.

In another interview with TshisaLive, the reality star was also quoted saying:

So many people confuse relationships and say, ‘Ah, I’m looking for love,’ and two months down the relationship, they’re looking for something else, and that’s why they’ll never win because you haven’t made it clear what you want.

The star recently made her relationship with Zimbabwean millionaire Kadzai Terrence official and has been serving fans with photos and reels of how they are enjoying their love life. On Valentine’s day Kadzai did something only many will dream off after spoiling Khanyi with thousands of roses and also buying a present for all her crew members.
READ  Kabza De Small Makes Fun Of Youtubers (Video)
Source: www.Ghgossip.com The post Khanyi Mbau Reveals Why She Only Dates Rich Men appeared first on GhGossip.

DJ Sithelo Gushes Over Her Bundles Of Joy

Durban-based disk jockey DJ Sithelo has taken to her social media account to gush over her adorable kids. The disk jockey managed to keep her second pregnancy under the wraps from public eyes and has recently given birth to a baby girl. Sithelo recently decided to give her fans a glimpse of her adorable kids [...]

The post DJ Sithelo Gushes Over Her Bundles Of Joy appeared first on GhGossip.

Dudu Myeni Steps Down From All Board Memberships

The former chairperson of South African Airways has resigned from all her board memberships. This came to light when she submitted an appeal to overturn an order which declared her a delinquent director for life. Her legal team argued that her rights were violated and that Judge Ronel Tolmay had made a mistake in his [...]

The post Dudu Myeni Steps Down From All Board Memberships appeared first on GhGossip. 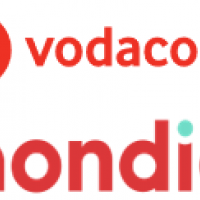