Youth representative, in the Police Brutality panel set up by the Ondo State government, Oluyemi Fasipe has taken legal action against one Mr Olawunmi Peter Kolawole who accused Fasipe of being financially induced by the Ondo State Government to end the EndSARS protest in the State. Oluyemi Fasipe, popularly known as Yemie Fash, sued Olawunmi (@biggy_orobo) for 50 million naira after Olawunmi failed to retract a tweet in which he allegedly accused Yemie Fash on social media of using EndSARS protest to get funding from Ondo State Government Olawunmi had in a series of tweets alleged that Yemie Fash took the EndSARS protests to Ondo government house to get funds, he also accused him of monetizing the Clean Akure campaign in Ondo state, tweets he had since deleted.
READ  ‘Na Military Regime We Dey?’: Mr Macaroni Arrested At Lekki Toll Gate Protest
But reacting to the tweets, Yemie Fash had given Olawunmi, also known as, Biggy_Orobo on Twitter, 24 hours to apologise and retract his statement but Olawunmi merely deleted the tweets without given any retraction.

Yemie Fash, in a tweet thread, noted that Olawunmi had apologised in private but refused to do same on the platform that he used to defame his person.
READ  Security operatives neutralise 8 bandits, recover arms in Katsina — Police
Yemie Fash wrote, “After waiting for more than 72hours for Olawunmi Peter Kolawole, @biggy_orobo to retract his false allegations against me, I have instructed my lawyer to take legal action against him for falsely accusing me of using the #EndSARS protest to get funding from Ondo State Government. “Let it be on record that I told @biggy_orobo on Sunday, 14th of February when he called me that he should go and retract the false accusation against me on Twitter and apologize there since he used the same platform to defame my person. ” Let it also be on the record that I made my position on this matter known to the public on Monday, 15th of February 2021, and gave @biggy_orobo 24hours to retract his malicious allegation against my person on Twitter and apologize accordingly.
READ  Senate President wants reduction in cost of crude oil production
“You can not defame me on social media and call me to apologize in private. The #EndSARS movement and protest is not a joke, I have been on the #EndSARS campaign since 2017 and contributed so much selflessly and without collecting any form of compensation from anyone. @yemiefash tweeted

What FG’S valuation plan for seized assets means for professionals 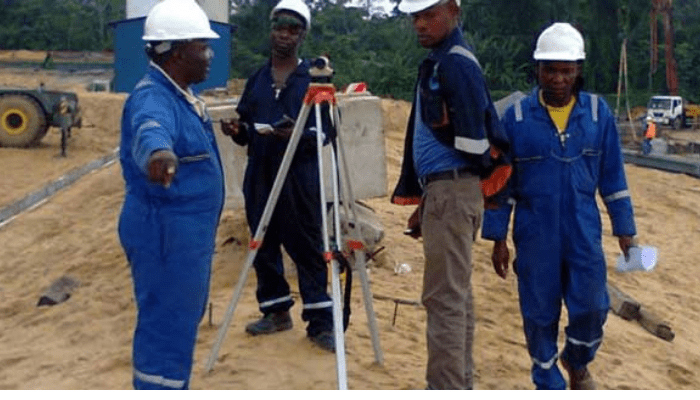 For professional estate surveyors and valuers, the plan by the federal government to know the value of the landed properties, plants and machinery, vehicles, electronics, furniture, and equipment, including water vessels, canoes, boats, barges and ship, jewelry, ornaments, and clothing materials, is an icing on the cake. The valuation of these assets means job opportunity […] Read Full Story

Segun Adewole Adamawa State Governor, Ahmadu Umaru Fintiri has apologised to the National Youth Service Corps for the invasion of its orientation camp in the state by hoodlums. The camp was invaded and vandalised by the hoodlums during the #EndSARS protest of October 2020. Fintiri who described the incident as unfortunate said the state intervened […] Read Full Story

EndSARS: Reopening Lekki tollgate insensitive to memories of those who died -Panel member

Sodiq Oyeleke Ebun-Olu Adegboruwa, the representative of civil society on the Lagos State Judicial Panel of Inquiry probing the alleged killing of #EndSARS protesters by soldiers at the Lekki tollgate, has faulted the reopening of the tollgate. He explained that reopening the Lekki tollgate is insensitive to those who died. The PUNCH had reported that […] Read Full Story