Nigerians are reacting to the news of Obinwanne Okeke popularly known as Invictus Obi, who has just been sentenced to a 10-year jail term by a Virginia Court in the United States for internet fraud.  He was sentenced on Tuesday evening, February 16, after being found guilty of causing approximately $11 million in known losses to his victims between 2015 and 2019 The fraudster, who was once listed on the Forbes Africa 30 Under 30, was arrested in August 2019 by the Federal Bureau of Investigations (FBI) on charges of computer and wire fraud. 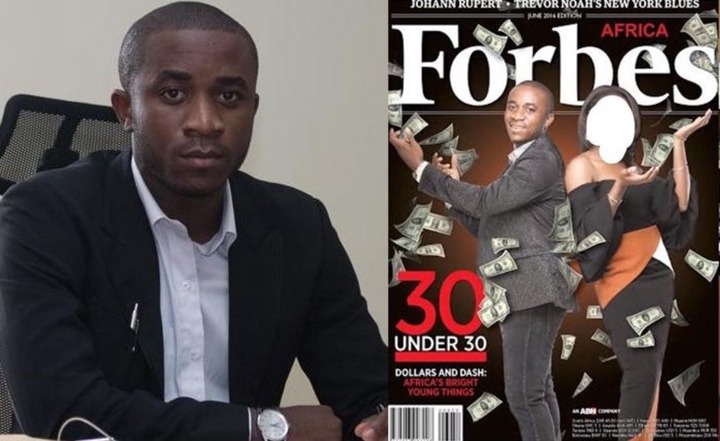 After months of denying his involvement in the crime, he pleaded guilty to the allegation of conspiracy to commit wire fraud and agreed to cooperate with American authorities last year June. The defendant who had investments in oil and gas, agriculture, private equity, alternative energy, telecom, and real estate had operated his holdings under the ‘Invictus Group’ and had a presence in three countries including Nigeria, South Africa, and Zambia. The guilty plea helped Mr Okeke, who was initially indicted on two counts of computer and wire fraud, to secure the withdrawal of the second charge that carries lesser sentence and fines. Many Nigerian on Twitter are pleased with the judgment, with one stating that Invictus Obi deceived people struggling to make it legally with his motivational speeches.  See reactions below... 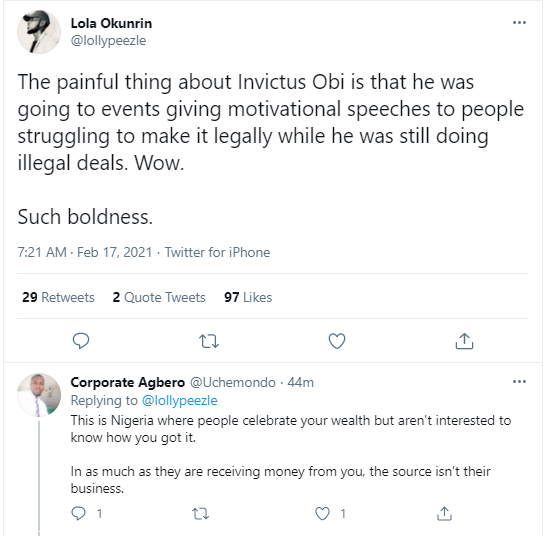 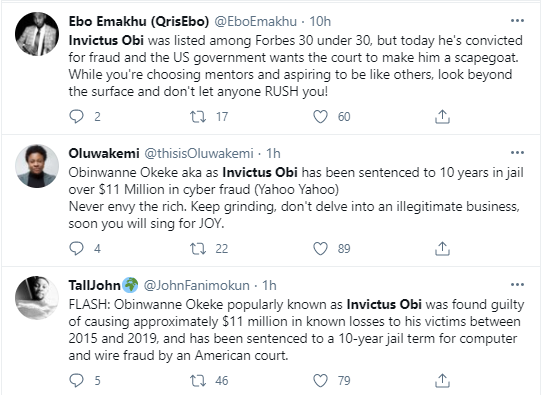 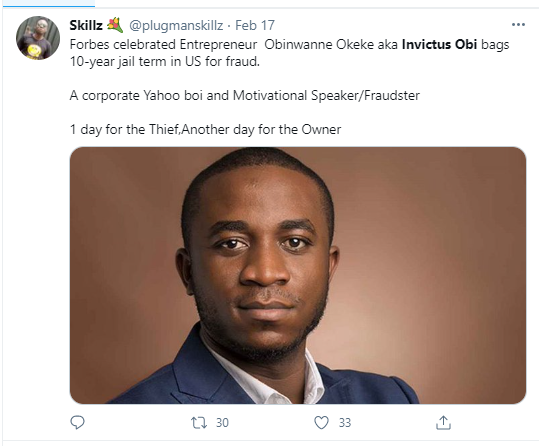 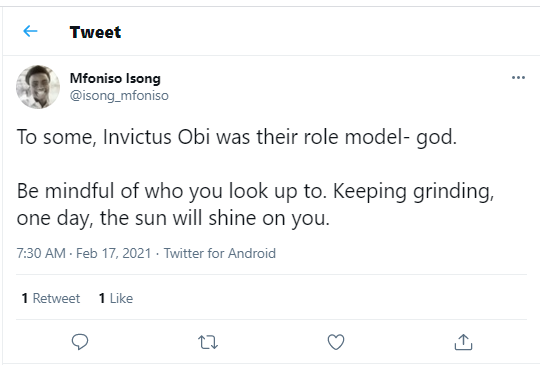 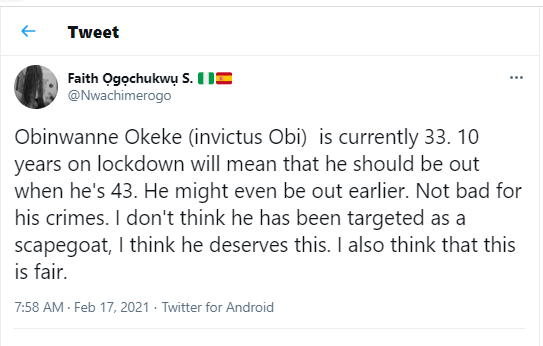 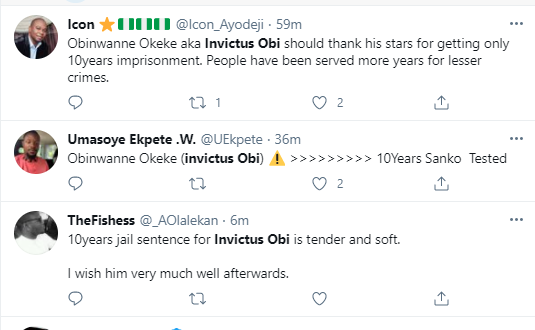 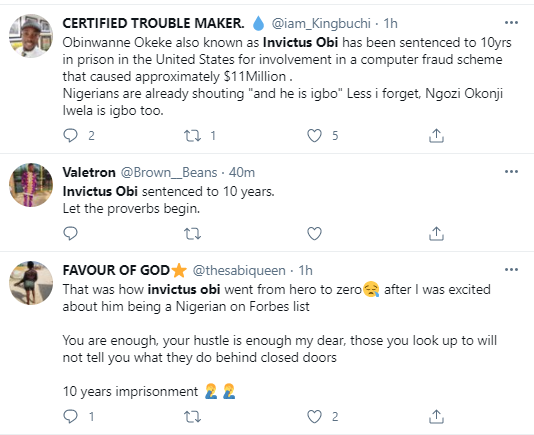 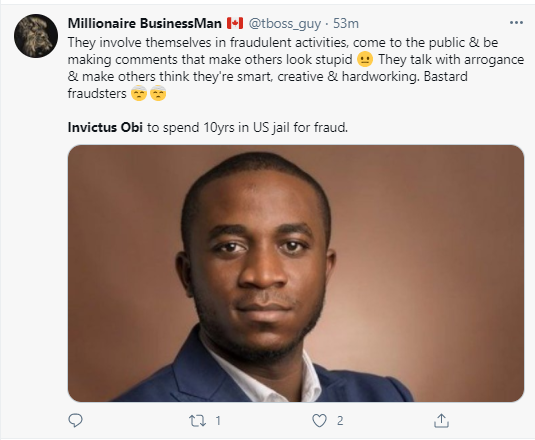 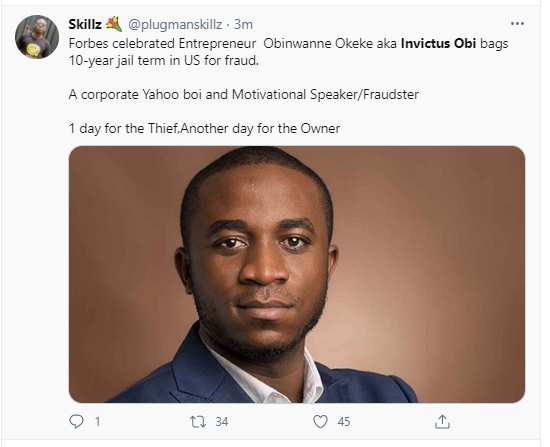 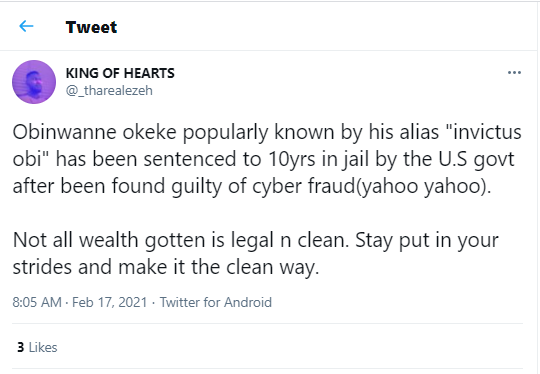 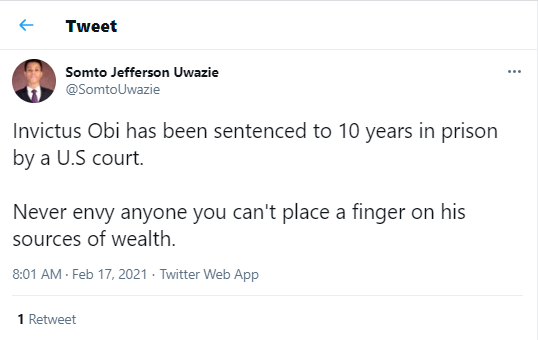 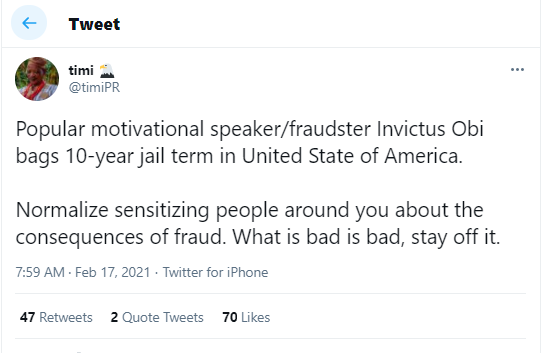 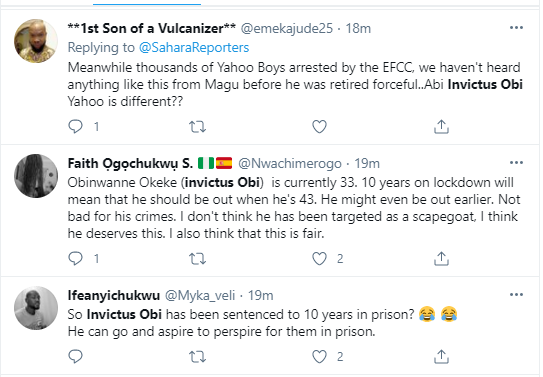 The post The painful thing is that he was giving motivational speeches to people struggling to make it legally - Nigerians react as Invictus Obi gets 10-year jail term for fraud in U.S. appeared first on Linda Ikeji Blog.